Plunging Into The Depths 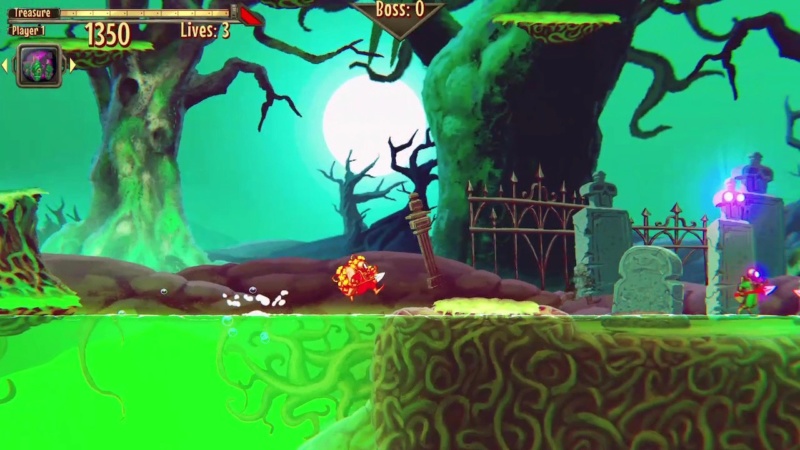 Developed and Published by WarpedCore Studio Aqua Lungers is a couch co-op platformer for up to 4 players that will provide both a sufficient challenge as well as good fun, but does that mean it's worth a download? We think so and here's why: 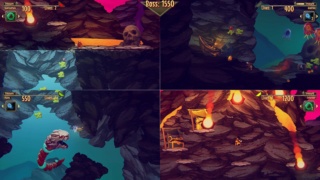 The gameplay is split up between solo and multiplayer modes and each with their own nuances and challenges. To start off let's talk about the general gameplay as you'll be fighting tons of enemies during the course of the game's many stages and collecting treasures to beat the "boss" of each stage. The normal enemies, especially during the first stage are an absolute joke with one or two stabs you can do away with them, but in later stages the difficulty ramps up to insanely challenging levels. The bosses also require intelligent strategies otherwise they will literally one-hit kill you. This was both a good thing and bad depending on your skill-level, however the bosses are never truly unfair because with enough practice you can breeze through the battles. There are a few types of power-up's as well which will help players out in a pinch!

The solo campaign is actually a fair bit more difficult than multiplayer assuming your friends aren't saboteurs, there are more enemies and the levels don't scale-down either so expect a serious challenge while playing alone, but fear not it is by no means impossible to beat the game solo, you'll just need a lot of practice to accomplish this feat! 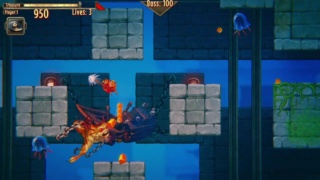 In multiplayer you and up to  three friends can compete against each other to see who can get the most treasure each round. Multiplayer also adds the necessity to keep an eye out for your friends who may decide to go rogue and attack you to steel your treasure which can be quite the task. As for the rest of the aspects of the game, the controls are quite decent and are a breeze to learn. The audio-visual presentation is also quite enjoyable with vibrant colors, excellent music, and a decidedly retro world design!

Bottom -Line: With superb gameplay, an excellent audio-visual presentation, and decent controls that are easy to pick up, Aqua Lungers is a great game at its core and its multiplayer can be a blast to play! As such we give Aqua Lungers for the Nintendo Switch a good level of recommendation!

News: PS4 and Xbox One online together? 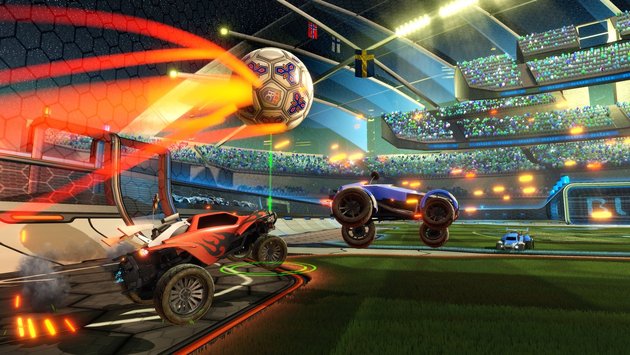 Hey there PlayStation gamers, Bre here with one last update for you today. The last one involves two of the well known up and coming systems and their makers. The Xbox One and the PS4 made by Microsoft and Sony. Microsoft or Xbox recently changed its standings on co-op play between two systems, saying now that they are all for it. In fact they put Sony on the spot themselves, by calling them out saying that they were all prepared to work together. This feature is to debut soon with a game called “Rocket League”.

Computer and gaming with Sony have always been a thing, but now they are taking it the next level pairing two big gaming systems together via one game. Though we somewhat think that maybe Sony is having their hand twisted a bit, by a certain other game company but we can’t confirm this either. I guess we just got to wait and see how this one works out, and what will come of this with time.

eShop: Dual Core Will Be Hitting The North American Wii U eShop On May 26th! 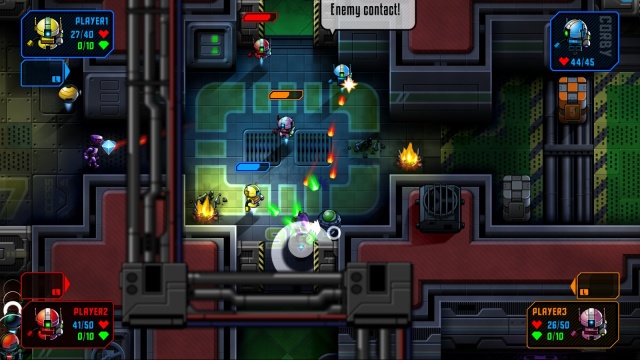 Indie developer Gray Fin Studios has announced that their upcoming multiplayer Wii U eShop shooter / adventure title, Dual Core will be hitting the North American Wii U eShop next week and will cost $9.99! Dual Core is a co-op shooter with adventure and RPG elements and can be played by four players simultaneously!

You can view the official trailer below:


What do you think of the trailer? Will you be downloading this game when it hits the North American Wii U eShop next week? As always be sure to share your thoughts with us in our comment section below!