Cannon-Bombing The 7-Seas of Fun!!! 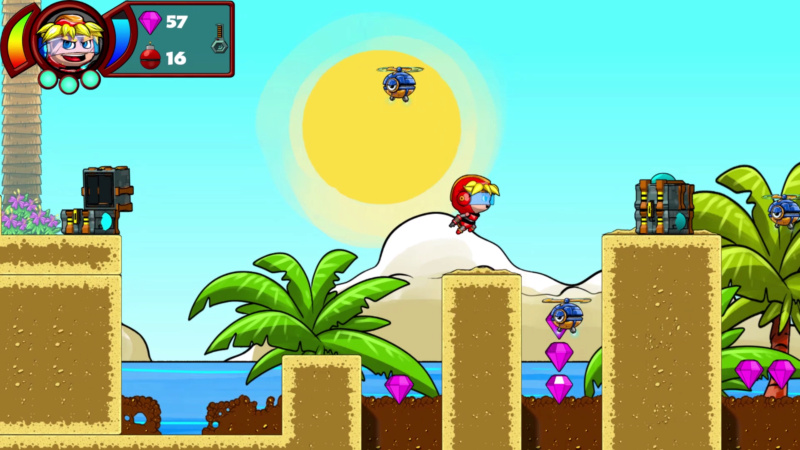 Developed and published by 7 Raven Studios Dyna Bomb 2 is the sequel to the relatively old Switch action-platformer Dyna Bomb which was a solid game with a lot of unrealized potential. Does this sequel fully live up to its predecessor's potential? No, but it's still a much better realization of the potential we saw in the original Dyna Bomb and here's why: 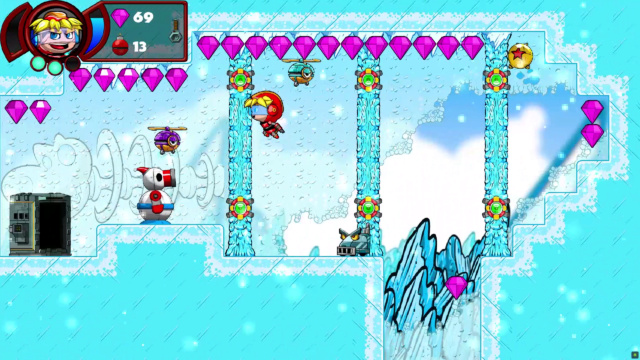 The gameplay in Dyna Bomb 2 is really addictive and quite fun when you get into the curve of the game's mechanics. You have a jetpack with limited fuel, limited ammo in the form of bombs, and must reach the end of a stage circumnavigating enemies and a number of extremely hazardous and devious environmental dangers as well as traps. There's much more to the game though as doing things such as killing all enemies and collecting all gems can earn you the ability to unlock character skins and loads of other bonuses in the in-game shop. This is the best addition to the series as you no longer have to rely on gacha mechanics to unlock bonuses.

Each world also has a challenging boss at the end that can oftentimes require a bit of strategy to beat and are really fun to fight. There are other intricacies such as hidden paths and other mechanics that make exploration more challenging, but oh so rewarding! 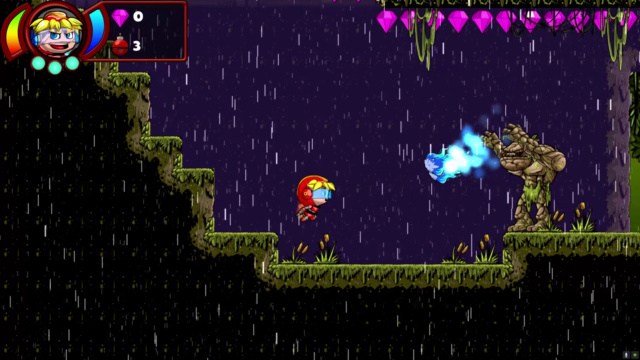 The game itself isn't super long, but should take most gamers at least a few sessions to beat, clocking in at around 10-14 hours in length, however unlocking everything and completing all levels 100% can take nearly double that amount of time! As for the difficulty, Dyna Bomb 2 starts off pretty easy, but gets more challenging by the second half of the game. The controls? Silky smooth and responsive as well as super easy to learn. And of course the biggest draw of Dyna Bomb 2 is the co-op multiplayer which is extremely fun, however things can get quite hectic if you and your friend start going bomb crazy firing bombs all over the place at the same time.

As for the audio-visual presentation? The graphics are colorful and cheery, the enemy and boss models are full of character and detail, the game's special effects and environmental effects such as snow and rain are a HUGE step-up from the original Dyna Bomb and look remarkable! The soundtrack is quite catchy and fits the mood of the game, but can get a bit repetitive at times. 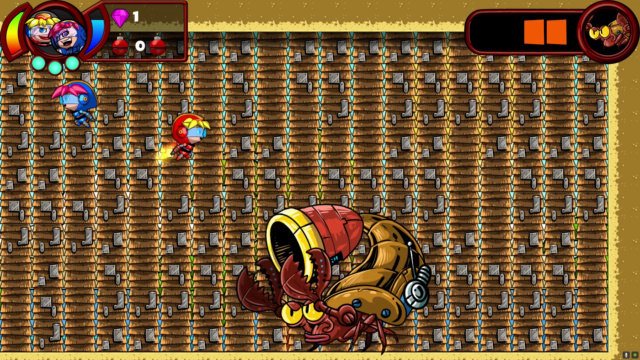 Bottom-Line: With great gameplay that is much improved from the game's predecessor, fun co-op multiplayer, flawless controls, and an amazing visual presentation, Dyna Bomb 2 is a vast improvement over the original in every conceivable way. Slightly short game length and a few music tracks that are a bit repetitive in an otherwise remarkable soundtrack do hold this game back just slightly, but overall we highly recomment adding this game to your Nintendo Switch library of games! We give Dyna Bomb 2 for the Nintendo Switch a good to great level of recommendation!

Re: Review: Dyna Bomb 2 (Switch eShop)
+
September 9th 2022, 11:39 amAkatsuki
Nice review. I hate to parrot the other comments 'I think that's how the english saying goes' but I am glad the developer got rid of gacha in this sequel. Trying to unlock Kos-Mos in Monado 2 killed any interest I once had in gacha.