Bursting The Waves of Adventure! 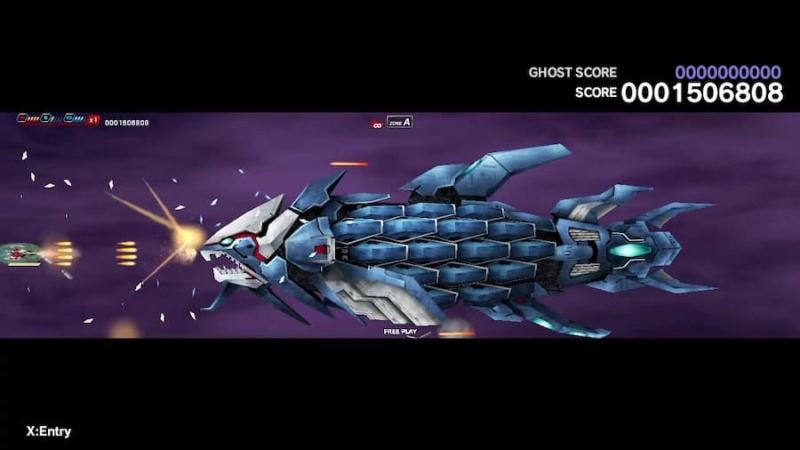 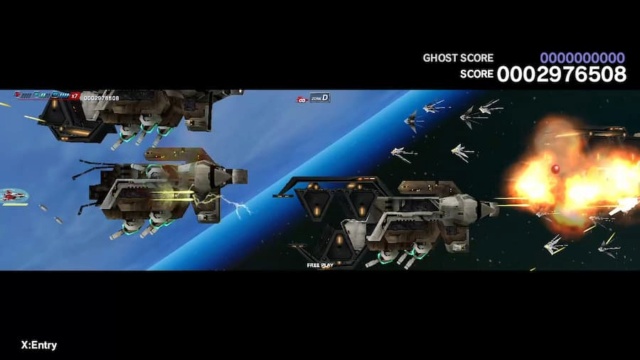 The gameplay in Darius Burst: Another Chronicle EX+ is split into several different modes, these include Original which is a traditional arcade experience through three branching zones. While fun, this mode is extremely short and has a limited number of zones, which means very low replay value can be found in this mode. Then EX mode which is basically a more challenging remix of Original Mode and is quite enjoyable if not a tad too similar to Original Mode.

Another mode is Chronicle Mode which has many missions and custom zones with specific goals that must be met. This mode is quite beefy and adds many hours of gameplay to the game. We highly recommend playing through Chronicle Mode for the best experience. Finally there's event mode which features all of the limited time Chronicle Mode events from the arcade release of the game which is exceptionally fun to play and quite difficult to boot. The only downside is that there are only around 20 missions in this mode so don't expect much replayability here. 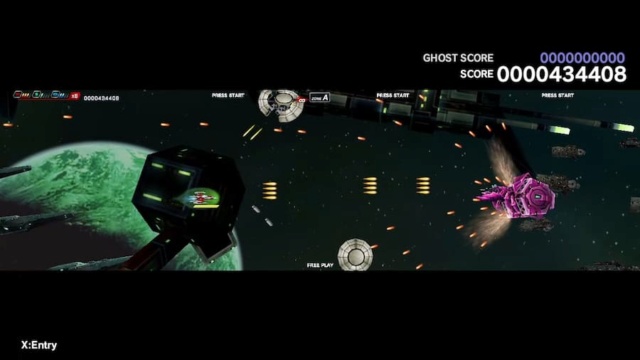 The gameplay will be familiar for those who are longtime fans of the Darius series, with challenging waves of enemies, tough as nails bosses, and tight controls that are very responsive which is always important in Shoot 'em up titles! As for the audiovisual presentation, the game looks fantastic despite its age with impressive special effects, detailed enemies and backgrounds, and a rocking soundtrack that fits the hectic mood of the game! 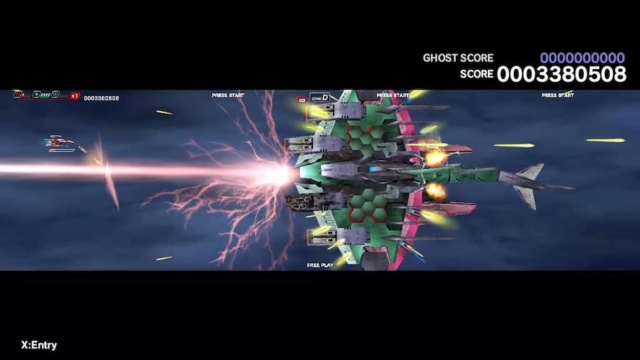 Bottom-Line: With many fantastic and fun game modes, excellent gameplay, and a superb audiovisual presentation that has aged extremely well, Darius Burst: Another Chronicle EX+ for the PS4 is one whale of a shmup that no fan of the genre should let get away! We give the game a perfect level f recommendation!

Re: Review: Darius Burst: Another Chronicle EX+ (PS4 Retail)
September 18th 2021, 10:28 amKain
The price is a bit steep, but the game itself is tempting. Great review as always!

Re: Review: Darius Burst: Another Chronicle EX+ (PS4 Retail)
September 18th 2021, 10:45 amMouser
@Kain You would have been shocked by the prices of jrpg's back in the 80's and early to mid-90's. It wasn't uncommon for games like Fina Fantasy III/VI and Chrono Trigger to cost $90 or more MSRP back in those days. We called it the rpg tax.

Re: Review: Darius Burst: Another Chronicle EX+ (PS4 Retail)
September 18th 2021, 10:47 amMouser
Whoops I almost forgot to comment on the review itself. And a fantastic review it is @Towafan7!

Re: Review: Darius Burst: Another Chronicle EX+ (PS4 Retail)
September 18th 2021, 3:00 pmTowaHerschel7
Thanks for the comments! You guys rock!