Developed by M2, published by ININ, and localized by ININ, Darius Cozmic Collection Arcade is a definitive collection of several of the flagship shoot 'em up's from the famous TAITO series Darius, but is it worth the price of admission? We think so and here's why: 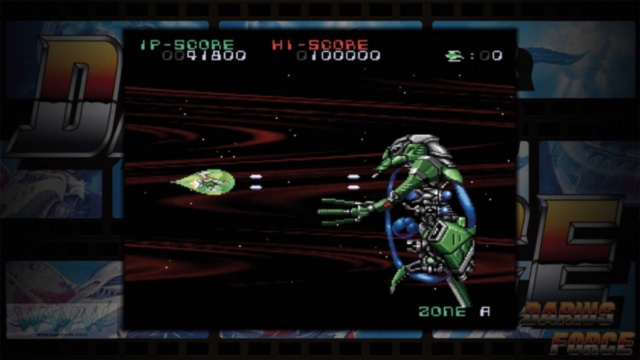 The gameplay in this arcade collection is frantic high-octane borderline bullet-hell goodness that'll likely hook any fan of the shooter genre hook, line, and sinker! The included games are varied and there are several versions of each game aside from Gaiden that are from various regions or with updated gameplay. The gameplay is slightly different with each game, but the basic gist is you defeat hordes of enemies and avoid a myriad of obstacles and hazards and usually face a mid-boss sometime during each level and face a boss at the end. Defeating an entire wave of enemies usually results in a large sum of bonus points and sometimes leaves you a ship upgrade to boost your firepower, shield, speed, or grants you a powerful silver form with a massive boost in power!

Each game is divided into sectors and at the end of each level you can select one of two. This selection changes based on your previous decisions allowing for a playthrough typically around 6-8 of up to 26 possible courses depending on the game you're playing in the collection! The menu allows you to view online manuals of each game, change difficulty, starting lives, whether or not continues are available, and tons of HUD display options for the on-screen UI. Overall the game offers a considerable amount of customization for each game and is a much-appreciated aspect of the collection! 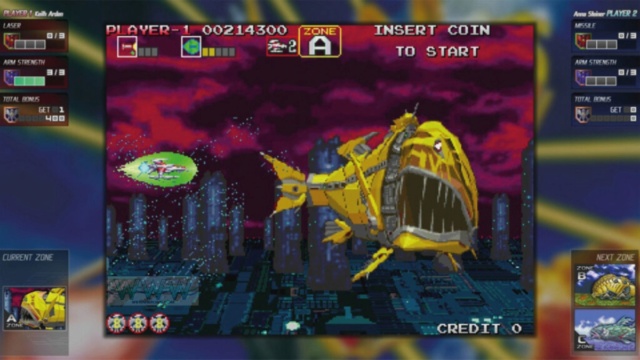 The difficulty of the games in this collection is tough-as-nails even on the easy difficulty setting, however the fact that you can add as many continues as you want going forward, it's pretty easy to beat the games, of course getting a competitively high score is another matter entirely. The controls are quite easy to pick up as expected from old-school arcade games, however the original Darius does have noticeably less responsive controls that take some time getting used to, but overall the collection is good in this regard.

As for the audio-visual presentation, the visuals aren't going to impress anyone in today's time, but the mechanical sea creatures that you fight in the games are quite unique and the aesthetics of the backgrounds are a step-above most games of that era. Darius Gaiden in particular looks absolutely amazing for an arcade game released in 1994. As for the audio side of things, the sound effects are of high quality and the soundtrack for each game is quite memorable and fits the games mood perfectly, overall the audio-visual presentation is nearly flawless in this collection. 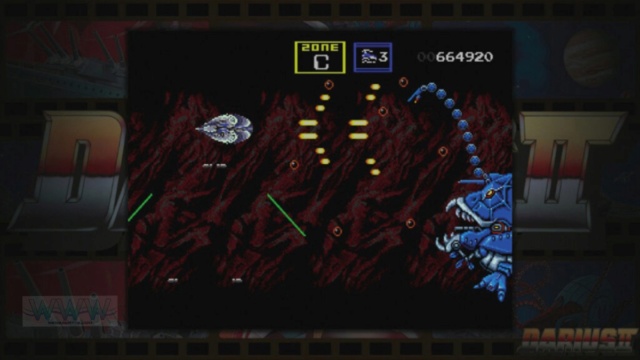 Bottom-Line: With amazing gameplay, a flawless audio-visual presentation, and a myriad of options available for each game in this collection, any fan of the genre will take the bait and snatch up this collection and the controls work as they were meant to in the original arcade releases which will reel you potential buyers all the way in! We give Darius Cozmic Collection Arcade for the PS4 a great level of recommendation!