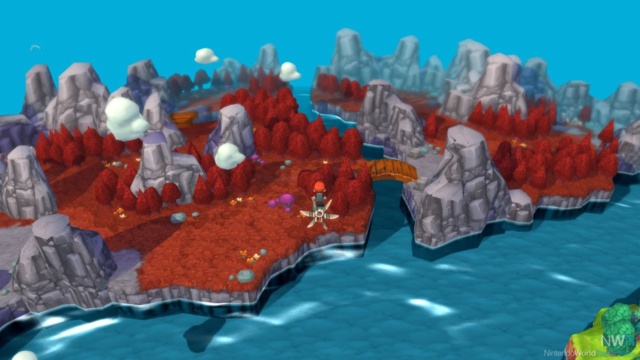 Developed and published by Shiro Games, Evoland: Legendary Edition is a series of two retro-style action-RPG's that are heavily inspired by classics such as The Legend of Zelda, Final Fantasy, Chrono Trigger, Metroid, Mario, Diablo, and many, many more series. But does this live up to the series that are the source inspirations for the game? Not quite, but it's still an amazing set of games nonetheless. Continue reading our review to find out why we enjoyed the game so much! 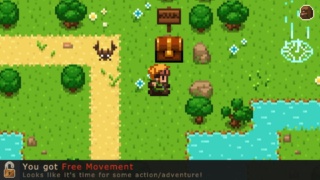 The story of the Evoland games are actually quite good and have tons of references from classic characters, to anime and western cartoons, and even non-animated programs. The characters in the games are quite lovable, but the one's in Evoland II are by and far more complex and relatable. The gameplay is pretty interesting as well. In the first game you basically start off in a world reminiscent to an original Gameboy title, but as you progress your game will evolve to become more and more modern, mostly by finding the upgrades through treasure chests.

The second game handles this differently, the game has a time-travelling theme with each era in time representing a different era in gaming. Both games also have different gameplay styles and elements that represent different classic series such as The Legend of Zelda, Final Fantasy, and more and at times you'll face turn-based battles, platforming segments, and more in this short, but sweet duo of quests! 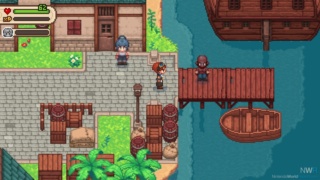 The first Evoland is extremely short clocking in at around five to six hours in length while the second Evoland title is far longer clocking in at just under fifteen hours in length. It'll likely take around forty hours to earn the platinum trophy for the game. The game can be quite brutal on the hardest difficulty setting as well, but on the easy setting it is an absolute cakewalk so the standard difficulty is recommended for most first-time players of the game.

The controls are also superb which is always a good thing. The audio-visual presentation is absolutely incredible in Evoland as not only do the visuals and soundtrack perfectly reflect every era of gaming, and look AAA quality for each era save for a few exceptions. Speaking of the soundtrack it is quite catchy and enjoyable and fits the game perfectly. 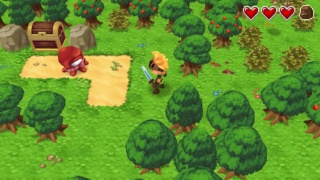 Bottom-Line: With an enjoyable story, excellent gameplay and controls, and an incredible audio-visual presentation with only a few minor exceptions in the visual department. The only other complaint we have with the games are the fact that they are extremely short, especially the first Evoland title, but otherwise the game is amazing! We give Evoland: Legendary Edition a great level of recommendation.

Re: Review: Evoland Legendary Edition (PS4 PSN)
+
April 14th 2019, 6:05 pmDigiDestined
Nice review. I wouldn't say this is an "amazing" game, but it's a fun distraction that owes its success to successfully recreating gameplay elements from the classics we all grew up with and great pixel art and chiptunes. The modern era content just isn't as good.
Similar topics
Similar topics
Permissions in this forum:
You cannot reply to topics in this forum