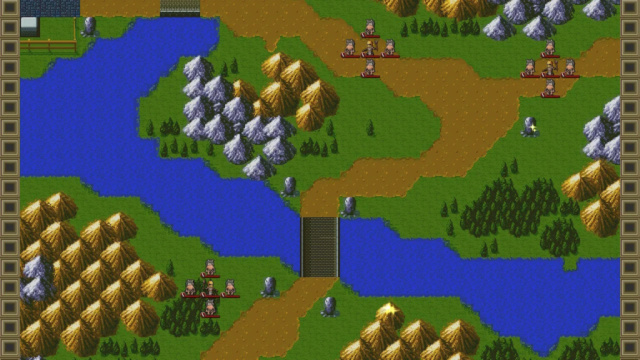 Developed by Chara-Ani Games and published by NIS America, Langrisser I & II are HD remakes of two iconic GENESIS/Megadrive SRPG's. Does this remake collection live up to the original releases? We think so, but you'll have to read the rest of our review to find out why! 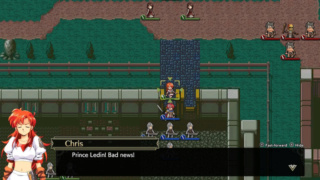 Pre-dating the Western localization of the Fire Emblem series by more than a decade, the Langrisser series was the defacto go-to for strategy RPG fans outside of Japan, at least until Final Fantasy Tactics was released and even still this series was superior to FF Tactics in depth and strategic gameplay in many ways. The story, while good shows its age with very simple storytelling, which isn't necessarily a bad thing since the light story elements allow you to quickly get into the heart of the game which is its strategic gameplay!

As with any good strategy game you've got grid-based combat, units that can be promoted, tons of different unit classes, and a surprisingly good skill system with attacks, support, and even passive skills and attacks. The games are pretty long, with Langrisser I clocking in at 25 hours in length and its sequel Langrisser II clocking in at over a whopping 40 hours in length. The controls are easy to learn and are quite a bit better than those in the GENESIS versions of the games. 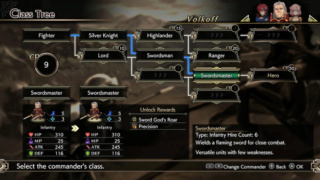 The game has a both modern and original audio and visual options which is a fantastic touch, while it's mostly fantastic some of the character sprites are pretty low quality and have a mobile freeware feel to them, but overall the visuals and soundtrack are top-notch! 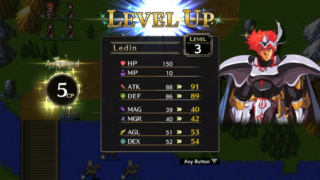 Bottom-Line: With a good story, excellent gameplay and controls, and a mostly top-notch audio-visual presentation, Langrisser I & II is a superb title for any aficionado of SRPG's and RPG's in-general and as such we give the collection a great level of recommendation!

Re: Review: Langrisser I & II (PS4 Retail)
+
May 17th 2020, 7:39 pmTalesfanatic
This sounds incredible! Are these games as good as the GBA Fire Emblem games available on Wii U? Great review @Towafan7!

Re: Review: Langrisser I & II (PS4 Retail)
+
May 26th 2020, 1:53 amKeAfan7
@TalesFanatic I would say it's better than the GBA Fire Emblem games, but probably not the DS/Wii dualogy or even more recent games in the series which are all near perfect gems in the genre.

Re: Review: Langrisser I & II (PS4 Retail)
+
May 26th 2020, 4:06 pmOrionJZed
@Towafan7 I'm confused...was there an enhanced and/or localised remake/release of Mystery of the Emblem on Wii? If so, then how of all peeps did I miss that one?!

...unless you're talking about another direct sequel, such as Radiant Dawn. The only DS Fire Emblem games of which I'm aware are the enhanced remakes of Shadow Dragon and the Blade of Light and Mystery of the Emblem, a Japan-only NES game and its Japan-only SNES sequel released half a decade later. From memory, I know that Mystery was remade for DS, but Nintendo decided not to release a localised translation due to the Nintendo 3DS' imminent release. Oh well, at least we got Shadow Dragon, right?

It's the same reason as to why non-Japanese players missed out on the N64 original Doubutsu no Mori before eventually being able to play an enhanced GCN port under the title of Animal Crossing (or, as some people called it back then, "Welcome to Animal Crossing: Population... Growing!"). But I digress, as usual...

Re: Review: Langrisser I & II (PS4 Retail)
+
June 4th 2020, 3:12 pmKenshin A-Go-Go
I'm a fan of the series and while this is the definitive version of these two game, the updated graphics are a big turnoff for me. Excellent review nonetheless.

Re: Review: Langrisser I & II (PS4 Retail)
+
June 12th 2020, 7:10 pmKeAfan7
@BurstDashV8 Did you ever play the Megadrive/Genesis originals? Were the originals even originally released in Aussieland?

Re: Review: Langrisser I & II (PS4 Retail)
+
June 17th 2020, 8:27 pmSuperVash
@Towafan7 @BurstDashV8 I'm curious about that as well as a fan of both series myself. I myself prefer Fire Emblem over Langrisser if for nothing else than nostalgia's sake.

Achievement Unlocked!:
New Achievement
It's Nice to Be Nice | +8 Points
***
A kind word a day brings smiles to stay!

Achievement Unlocked!:
New Achievement
Credit Where Credit's Due | +8 Points
***
You know the secret power of kindness!

Achievement Unlocked!:
New Achievement
No Flies on the Roman | +8 Points
***
Not even a ninja could sneak past your keen gaze!