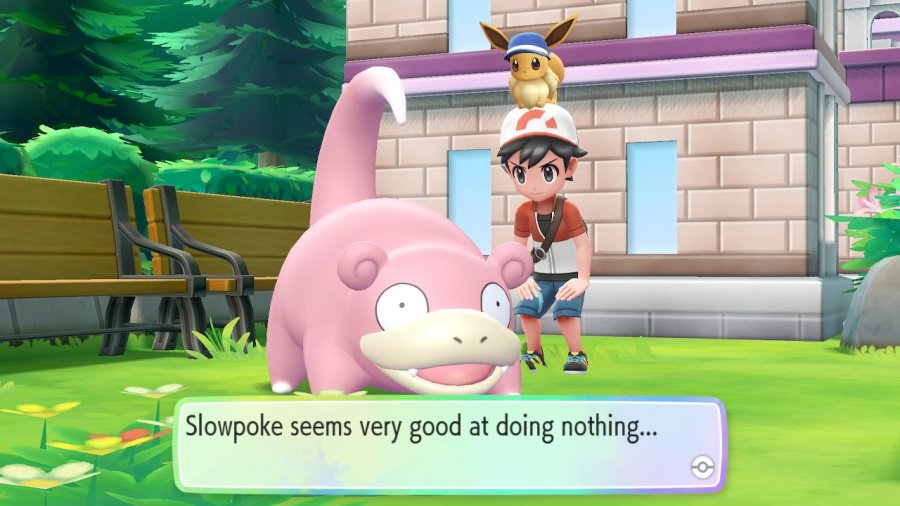 Hi there gamers, Bre here with another review for another great game from our friends at Nintendo! This time around I will be reviewing “Let’s Go Eevee” for the Nintendo Switch. Let’s Go Eevee is a fun game that takes the classic tales from three of our beloved past Pokémon games, “Pokémon: Blue, Red, and Yellow” and combines them into one game full of new twists, characters, and more.

Let’s Go Eevee takes you on the journey to becoming a Pokémon master by traveling roads to several towns and battling in gyms that feature in eight different types of Pokémon forcing you to master all different types of Pokémon and learn the ins and outs of the Pokémon world. The game comes with an awesome story mode that makes you work for what you want but keeps a mystery about while playing through the story piece by piece. The last bit of fun this game offers is in the fact that you can trade for alternate forms of certain Pokemon. Overall, I love this game, and cannot wait to explore the rest of the story from within, as my process continues I’ll post updates. 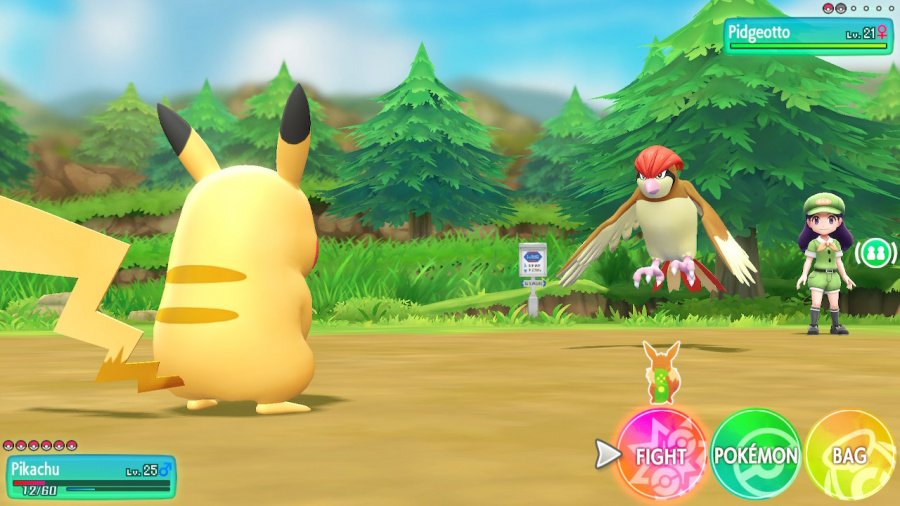 Pros of this game:
- Allows for co-op with friends
- - awesome storyline
- Features many lovable characters from the past games
- Brings a bit of the past with the new
- Poke ball plus lets you bring your game from GO to Let’s Go
- new fun alolan forms of your favorite Pokemons

Now that we have talked about the positives of the game let’s get down to the down side cause as we all know with the good always comes some bad sadly. One downside to this game is it tends to fall a bit shorter than the older games, and some people say that the throwing technique makes it too easy.

While I think the throwing, technique is great I can see where this makes the game a bit less fun, and why the older trainers may like the classic form back. The other downside is that if you walk your Pokémon in your poke ball plus too long it can overpower the game taking some of the fun/challenge out people are saying. While these may not seem like major concerns these are things that the classic Pokémon gamers have brought up.

Cons to this game:
- Overpowering by Poke ball Plus
- Throwing technique makes catching too easy
- Co-op can only be done via local mode


Bottom-Line: this game is very fun to me, and I love that it combines Pokémon Go with Let’s Go, and that I can replay through parts of the classic games as I did miss the first in the series sadly. I do believe this game was a great way to connect the two Pokémon versions, and I give it a good level of recommendation!

Re: Review: Pokemon ~ Let's Go Eevee Edition (Switch Retail)
February 21st 2019, 9:07 pmunrealgamergirl
@staroceancrazy Pictures are added, can you tweak them for me if needed? Thank you!

Re: Review: Pokemon ~ Let's Go Eevee Edition (Switch Retail)
February 25th 2019, 7:25 pmAmufungal
All of your reviews are so amazing @unrealgamergirl.

glad you liked it! definitely try this game if you have not!

Re: Review: Pokemon ~ Let's Go Eevee Edition (Switch Retail)
February 27th 2019, 6:13 amNintendoFronkinPurist
@Zatchbell I thought I had, but it turns out that was on @unrealgamergirl's Twitter feed. My bad.

In any case, I agree that this game is amazing, and Let's Go, Eevee! just so happens to be my main version of the pair, though I do have both (long story, don't ask

Re: Review: Pokemon ~ Let's Go Eevee Edition (Switch Retail)
February 28th 2019, 10:10 amKokorOtaku
I liked these games more then I thought I would, that being said I hope we get Let’s Go Togepi And Marill next year!

Re: Review: Pokemon ~ Let's Go Eevee Edition (Switch Retail)
February 28th 2019, 1:25 pmNintendoFronkinPurist
@KokorOtaku I did the math, and I think we're more likely to get Let's Go, Togepi! and Let's Go, Marill! the year after. Game Freak and The Pokémon Company have been dropping Gen 4-related hints since Sun and Moon (Ten Carat Hill and Hau'oli City on Melemele Island being the most blatantly obvious), so I definitely expect there to be remakes of Diamond & Pearl next year.

It actually makes a whole lot more sense when you consider the series' past releases. Diamond and Pearl were the main versions of Gen 4, followed a year later by Platinum, and HeartGold and SoulSilver were released shortly after. Red and Green were released in 1996 in Japan, with Gold and Silver released three years later in 1999; similarly, the Johto games are set three years after the Kanto games. LGPE were released in 2018, so 2021 makes perfect sense as the release window for LGTM.

Then again, who knows WHAT Game Freak has up their sleeves? They already promised additional experiences this year, which could mean new games and/or ports.

I wouldn't mind Let's Go Togepi! I would definitely be team Togepi! Though am excited for Sword and Shield, though still not sure which I want yet or what starter Dx

(But in case you were wondering...i-it's Scorbunny.

Re: Review: Pokemon ~ Let's Go Eevee Edition (Switch Retail)
March 5th 2019, 5:37 pmunrealgamergirl
@GeekyGamerZack I am leaning towards that one too, but still torn.

Re: Review: Pokemon ~ Let's Go Eevee Edition (Switch Retail)
March 6th 2019, 12:32 amNintendoFronkinPurist
@unrealgamergirl I actually suspected that there'd be a fire bunny starter in Gen 8 years ago. If its final evolution turns out to be Fire/Electric, Fire/Steel or Fire/Fairy, that'd be amazing. I don't buy the theory that it's Fire/Fighting, since Game Freak knows the fans don't want another one.

Re: Review: Pokemon ~ Let's Go Eevee Edition (Switch Retail)
March 6th 2019, 7:50 pmunrealgamergirl
@geekygamerzack @.hacker I would love if it was fairy/fire as I love working with fairy types. So that would just be the icing on my cake. -fingers crossed-

Re: Review: Pokemon ~ Let's Go Eevee Edition (Switch Retail)
March 7th 2019, 10:18 pmNintendoFronkinPurist
@unrealgamergirl Yep! Each Ranger gets their chance to shine battling a monster themed to their specific Item power, and since Gigi's power is the Feather, that makes a flying dragon her perfect match.

Anyway, I have a fun little story idea involving Iggy creating a Gobblegut monster that swallows all four then-current Rangers (plus a couple of Koopas for good measure), which leads to Gigi using her Pink Ranger powers to free them and put a stop to the dragon. Then Kamek makes it grow, followed by a Mecha battle, etc. etc. blah blah blah...

I worked hard on this

I will try and get my next review up soon, been drowning in school, and sickness lately.

Re: Review: Pokemon ~ Let's Go Eevee Edition (Switch Retail)
March 20th 2019, 6:36 pmunrealgamergirl
@TowaFan7 @GeekyGamerZack most of it is bad allergies from the weather shifting from winter to spring, but my ears hurt bad which makes my throat hurt. :/ I've turned in my homework for the week tho!

this means the world to me that you like my review this much!