Squids or Kids Too! 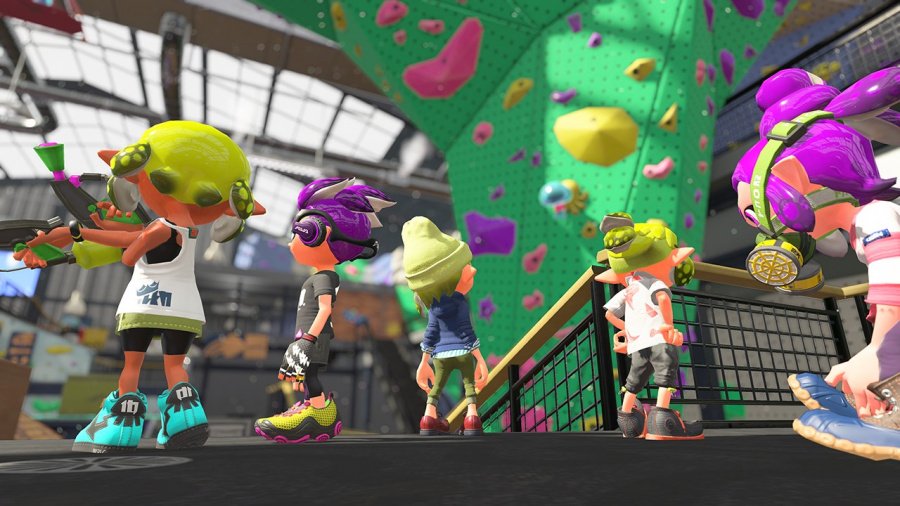 Developed and published by Nintendo, Splatoon 2 is the sequel to the fairly popular Wii U shooter Splatoon which ended up being one of the top-selling games on the ill-fated dual-screen home console. Does this sequel hold a candle to its predecessor? Continue reading our review to find out! 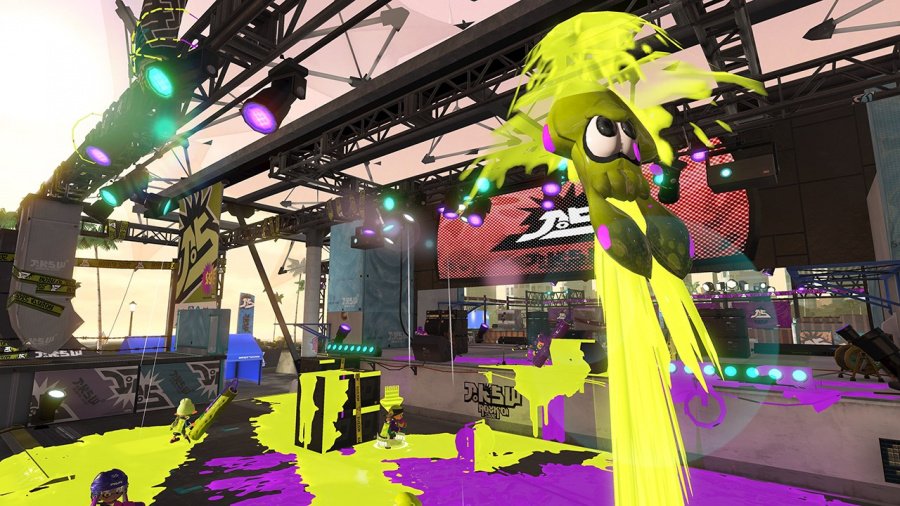 Arguably the weakest aspect of the original Splatoon title that released on the Wii U was the single player Hero Mode which had only a handful of short stages that were too similar to one-another and were fairly easy to beat. The whole mode could be finished within an hour or two, but luckily Hero Mode in Splatoon 2 is much more robust with longer, more difficult stages, and much more variety to the tasks. You can easily spend 10-20 hours in the mode this time around which is fantastic news for any squid!

The gameplay in Splatoon 2 is mostly the same as its predecessor, however a few new techniques have been added such as a power shield to guard against certain attacks and of course new weapons. Multiplayer is as fun as you'd expect, however we did experience major instability and frequent disconnects while playing online which wasn't a problem with the original title on Wii U. 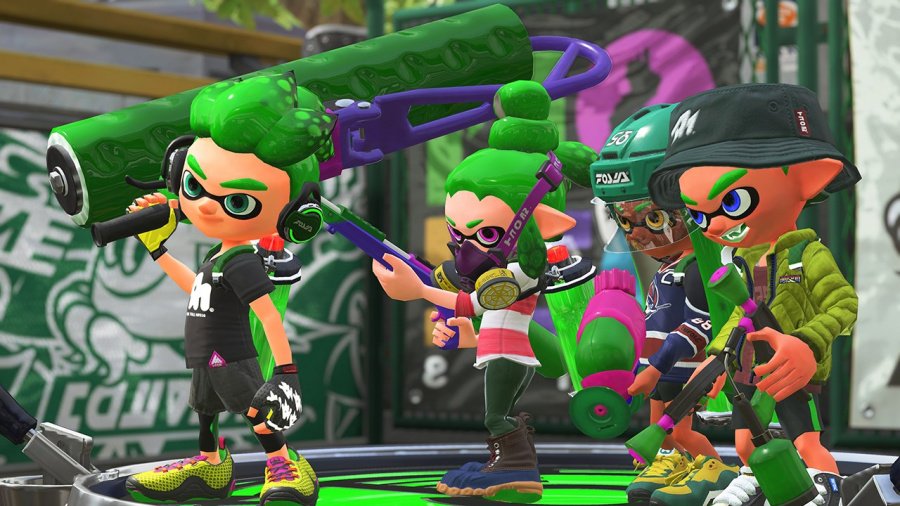 Salmon Run is a fun and challenging mode that will really test your mettle and can earn you some good equipment should you do well at the mode! The controls are good, but ironically the original Splatoon was much better in this regard. You'll find out why in our review of Splatoon (Wii U Retail) which will be going live early next month.

There are alot of rehashed stages alongside new ones, unfortunately alot of the old stages have been simplified and many good hiding spots in those stages have been removed which is a shame. Splatfests are the main attraction in this series and are basically a competitive poll where you vote for your favorite poll option which will basically become your team and people on both teams splat it out to prove who is top squid in the arena! 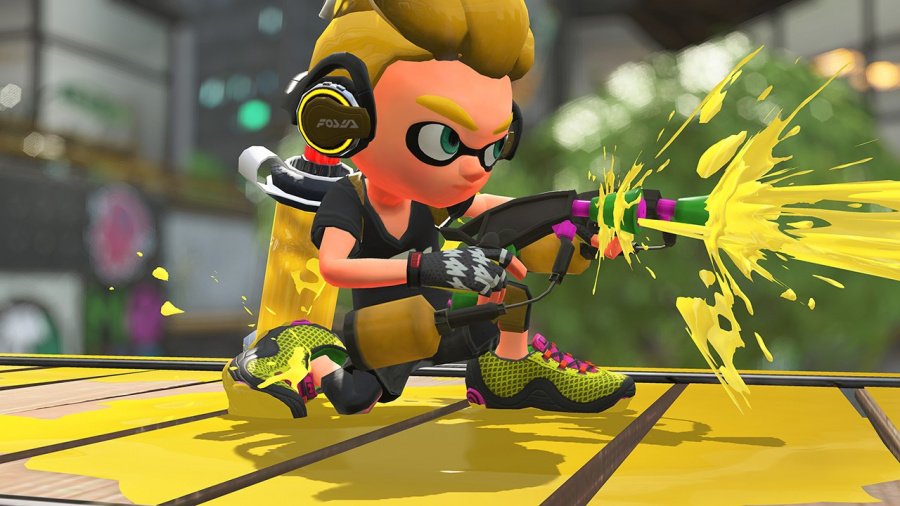 The major drawback of Splatoon 2 and the Nintendo Switch in-general is the lack of voice chat which can only be done if you have a mobile device that is compatible with Nintendo's voice chat app for Switch which is just insane in our opinions. Sure almost everyone in Japan has a mobile device, but elsewhere the numbers are as low as 35% -40% which means that depending on region there will be large groups of players online who won't be able to strategise with their team members which could give certain teams a clear-cut advantage. 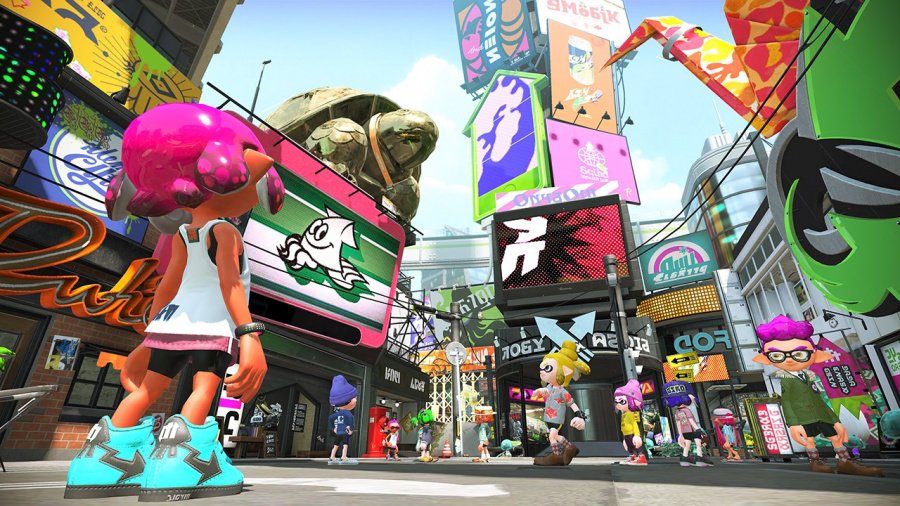 Visually the game looks great with a better resolution than the previous game in the new series, however we did notice that in certain returning stages there were certain details missing that made them seem less impressive. The upside is that you'd likely miss these details during a heated match, but it still is a disappointing downgrade. The soundtrack on the other hand is just as good as the first game's and the Squid Sisters music videos are just as fun to watch and listen to which will be music to every squid's ears we're sure! 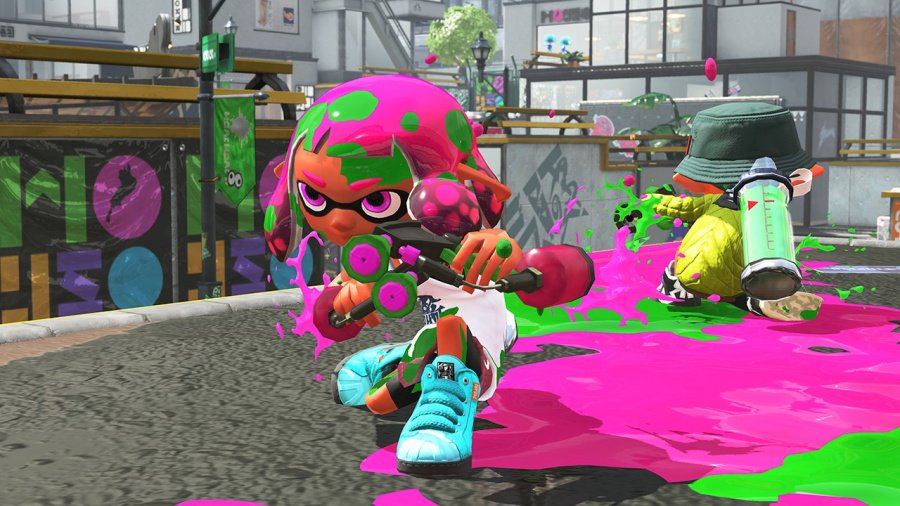 With excellent gameplay, solid controls, fantastic single player and multiplayer modes, and a flawless soundtrack, Splatoon 2 is a game that any Switch owner should thoroughly enjoy, however downgraded returning stages that are less detailed and are missing many hiding spots, as well as the lack of actual in-game voice chat options really hurt the game's overall score, but regardless we give Splatoon 2 a good level of recommendation!

Re: Review: Splatoon 2 (Switch Retail)
October 22nd 2017, 2:25 pmthemcnoisy
Nice review, ive always wanted to give this a go. Interested to know whats wrong with the controls.

Re: Review: Splatoon 2 (Switch Retail)
October 23rd 2017, 8:25 amTowafan7
@themcnoisy Nothing in particular it's just that the motion controls aren't there and the original Splatoon was one of the few games where the motion controls made the game more enjoyable. Thanks for the comment btw.

Re: Review: Splatoon 2 (Switch Retail)
November 12th 2017, 9:28 amKokorOtaku
@Reanfan what’s your FC? For some reason it doesn’t recognize you as a 3DS friend or WiiU friend
Permissions in this forum:
You cannot reply to topics in this forum