The Awesomeness of Aincrad Without The Possibility of Death! 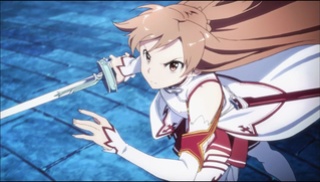 Developed by Aquaria Games and published by Bandai Namco, Sword Art Online: Hollow Fragment is the first of many JRPG's set in the world of the Sword Art Online anime series and it's a one-of-a-kind experience in many ways even when compared to other titles in the franchise! What makes this game so unique and amazing, you ask? Continue reading our review to find out the answer! 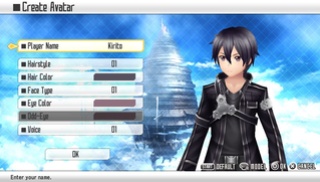 Sword Art Online: Hollow Fragment is a simulated MMO set after the events of the first half of season one of the anime series and occurs in an alternate timeline as such there will be inconsistencies between the Sword Art Online games and the anime. That said the story feels very true to the source material with the characters personalities and mannerisms being faithfully represented in the game.

The game is separated into two sections, Aincrad and the Hollow Area. You start off by customizing your avatar's appearance and are suddenly transported to a mysterious Hollow Area. We'll get to that shortly, but in Aincrad you can shop at various cities and socialize with your female companions while trying to progress through the final 24 floors of the floating castle. In the Hollow Area things are a bit different as you must help a girl named Philia escape from the incredibly dangerous Hollow Area.

Other differences in the Hollow Area include the implement system where you can add new features to the game using the Cardinal System to test out unimplemented features that weren't ready for SAO's release as well as Hollow Missions which are used to unlock the implements and will test your skills as a beater! There's just so much to do in the game such as using the "good
" system to train the AI of your allies and if you're proficient enough to perfect the system you can unlock three bonus outfits for every major heroin in the game.  There are also tons of optional bosses, dating events, and sidequests in the game. There are also secret characters to be found in the hollow area as well as a permanent addition to your team who can be recruited if you finish the Hollow Area before clearing the 100th floor in Aincrad!

The basic flow in Aincrad is to work your way to the tower on each floor and then clear the dungeon located in the tower. Finally you must defeat the floor boss before moving on to the next floor. The Hollow Area works a little different and actually flows more like a traditional modern JRPG's world map with interconnected fields and dungeons. You must gather key items and then beateach region's boss before moving on to the next area.

Sword Art Online: Hollow Fragment is nearly 100 hours in length  not including alot of the side-content so expect the game to last you months from start to finish, especially if you want to earn the platinum trophy for the game. The game is also PSTV compatible which is fantastic for those of you who want to play the game on the big-screen! The game also features a new game plus which adds the ability to increase the levels of every monster in the game for added challenge! The game is easy enough for most players to beat relatively easy on the first playthrough, but increasing the levels of the enemies in the new game place will test even hardcore SAO players!

The controls are kind of hard to get used to as O is used as the confirmation button while X is used as the cancel button which is completely opposite of most games released in the US. Overall once you get used to the controls they're very good. A big flaw that the game has is its poor grammar. There are so many mistranslations in the game it's almost comical. Regardless it isn't completely illegible as you can easily guess what was actually supposed to be said in each scene, but it does hurt the game's overall score. Visually the game looks incredible for a Vita game with gorgeous CG cut-scenes as well as visual novel style story-telling. The character and enemy models outside of the cut-scenes are great looking as well, though the environmental graphics are quite dated they're still pretty to look at.

The soundtrack as pretty good albeit somewhat forgettable, while the Japanese voice acting is fantastic. The only downside is that there isn't any option to use English voices in the game. With great gameplay, an excellent story, and fantastic visuals Sword Art Online: Hollow Fragment is a superb game that any JRPG fan should enjoy, however a poor translation, confusing controls, and a forgettable soundtrack hold the game back from true greatness. Still at its $20 price on PSN it's well worth picking up. Anyways we give Sword Art Online: Hollow Fragment a solid level of recommendation!

Re: Review: Sword Art Online ~ Hollow Fragment (Vita Retail)
on October 9th 2017, 6:25 pmKain
@Aqua Cherry Blossom That's the best part, but I guess it might feel a little awkward for a lot of female gamers though.

@Kain wrote:@Aqua Cherry Blossom That's the best part, but I guess it might feel a little awkward for a lot of female gamers though.

More than just a little. Nice review though @Reanfan! =)

Re: Review: Sword Art Online ~ Hollow Fragment (Vita Retail)
on October 10th 2017, 4:17 pmGeekyGamerJack
"The only downsize is that there isn't any option to use English voices in the game."

I watch SAO with Japanese dialogue and English subs, so that isn't really a downside to me.

@Reanfan Your reviews keep getting better and better!

Re: Review: Sword Art Online ~ Hollow Fragment (Vita Retail)
on October 10th 2017, 6:43 pmTowafan7
Thanks for all of your comments everyone! Keep 'em coming!

Re: Review: Sword Art Online ~ Hollow Fragment (Vita Retail)
on October 11th 2017, 9:57 pmClαππαd
This review is pretty big boss! It's been a while since I've seen you publish such a detailed review @Reanfan. 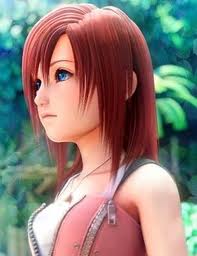 Re: Review: Sword Art Online ~ Hollow Fragment (Vita Retail)
on October 17th 2017, 6:34 pmTrinity33
Good review. I would probably give the game a 6 though. Don't get me wrong it's a good game, but the localization is really bad.

Re: Review: Sword Art Online ~ Hollow Fragment (Vita Retail)
on October 20th 2017, 8:50 pmMetroidBlaster
Good review. Speaking of SAO it sounds like season three of the anime is in production right now as well as a spin off series.

Re: Review: Sword Art Online ~ Hollow Fragment (Vita Retail)
on November 19th 2017, 4:04 pmTowafan7
@GeekyGamerZack Thanks, but the quoted text was a typo. I hate when I don't spot a typo before publishing my reviews...

@Sonic The Hodgepodge That is a really cool avatar btw.

Re: Review: Sword Art Online ~ Hollow Fragment (Vita Retail)
Sponsored content
Permissions in this forum:
You cannot reply to topics in this forum