Recently we had the opportunity to chat with Sean G. Garland from Righteous Weasel Games regarding his multiplayer action-adventure title 8-Bit Hero which recently launched on the Wii U eShop! Continue reading past the line break to see our interview in its entirety! Enjoy: 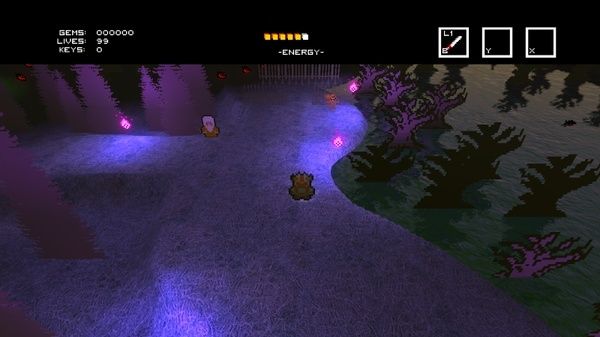 Thank you for taking time out of your busy schedule to take part in
this interview!

Could you tell us a bit about your team who worked tirelessly to
develop 8-Bit Hero?

[RWG]: I was actually the only developer on the game! I programmed it, made the art, and put it all together. I really do have my brother to thank for a lot of the level layout in various sections of the game, as well as a friend from school who made two of the levels.

As I was coming close to the finish line, I really was getting burnt out so I needed someone to help me finish up the last couple of remaining levels, and my friend did a great job.

How long did it take to develop 8-Bit Hero?

[RWG]: Actually working on it, it took about 3 months. I started it back in September of 2015, worked on it for about 2 weeks, and then needed to take a break for school. My brother continued working on level layout. Once January of 2016 rolled around, I got back to working on it. The game was completed in the end of February, but it took a few months to get it ready for publishing.

What games inspired you to create 8-Bit Hero?

What is so unique about 8-Bit Hero? What sets it apart from other
action-adventure titles?

[RWG]: Mainly the "art" style. The 3D pixel art is something I was playing around with and thought looked pretty cool. There's really not a whole lot that sets it apart from other action-adventure titles, and I know that. I took on the project as a challenge to further my ability to finish titles that I start working on.

I've always had the issue of starting new projects, working on them for a time, and then starting something new. I needed to change that, which is why I created this pretty simple adventure game. I knew I would be able to finish it on my own without much issue. 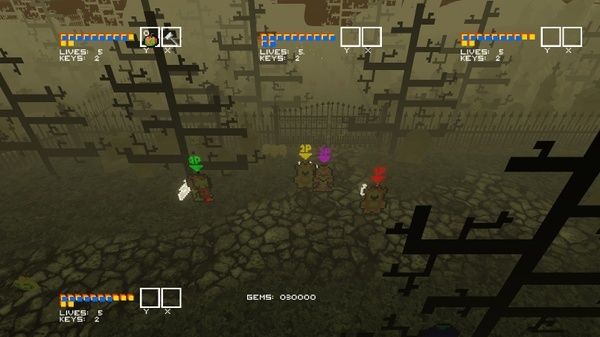 Why did you decide to add co-op multiplayer to your game?

[RWG]: By the time I started the project back up in January, I kept playing it and thinking, "yeah, I know I was going for simple for finishing reasons, but this is way too simple." So I then added 2-player co-op.

When that was ready, I started testing it with a friend, and he thought it was really fun, so he dared me to make it 5 player by the next day. Once I was done with that, I got excited about adding new playable characters, and things just took off from there.

The music is fantastic! Who composed the tunes in the game?

Are there any secrets or easter eggs in 8-Bit Hero to keep an eye out for?

[RWG]: Pretty much any time you find one of those hidden shops that pops up from the ground, or secret gems and armour, is a nod to old-fashioned NES games. The old-school games had so many random secrets that most people would never find, which I always thought was hilarious!

We think that's everything we wanted to ask! Thanks again for
answering our questions, hopefully we'll have the opportunity to
interview you again sometime!

[RWG]: Of course! Looking forward to it.

Well that's a wrap! What did you think of the interview? As always be sure to leave us your thoughts in our comment section below!

Re: Developer's Interview: Our Discussion With Sean Garland From Righteous Weasel Games Regarding His Recently Released Wii U eShop Title, 8-Bit Hero!
May 20th 2016, 9:06 pmOrionJZed

Righteous Weasel Games wrote:I've always had the issue of starting new projects, working on them for a time, and then starting something new.

A problem I know only too well... *Looks at an incomplete Dawn of Neon and sighs*

Re: Developer's Interview: Our Discussion With Sean Garland From Righteous Weasel Games Regarding His Recently Released Wii U eShop Title, 8-Bit Hero!
May 23rd 2016, 3:19 pmKingreX32
Sorry it took so long guys

Re: Developer's Interview: Our Discussion With Sean Garland From Righteous Weasel Games Regarding His Recently Released Wii U eShop Title, 8-Bit Hero!
May 23rd 2016, 3:27 pmPyrafan7
@KingreX32 No problem dude.

Re: Developer's Interview: Our Discussion With Sean Garland From Righteous Weasel Games Regarding His Recently Released Wii U eShop Title, 8-Bit Hero!
May 25th 2016, 12:37 pmKIBAxHINATA
I just wish the game had an overworld. Interesting interview though @Ichigofan!

Re: Developer's Interview: Our Discussion With Sean Garland From Righteous Weasel Games Regarding His Recently Released Wii U eShop Title, 8-Bit Hero!
June 5th 2016, 11:44 amDigiDestined
Nice #DevelopersInterview @Ichigofan. =)
These exclusives are so enjoyable to read, but #WhatHappenedToeshop72?