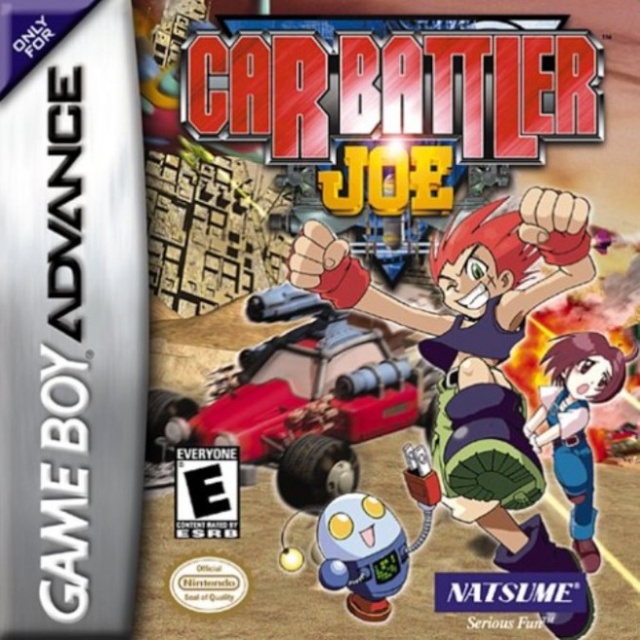 Natsume Inc has announced that their quirky Gameboy Advance action-RPG Car Battler Joe will be hitting the Wii U Virtual Console service tomorrow in North America! Here's the official description of the game for those of you who haven't played the game:

Official Description wrote:Nobody knows why your dad, champion car battler Jim Todoroki, suddenly abandoned the fastest and most popular sport in Galacia. There is a rumor going around that he’s riding around with the most ruthless car-battler gangs in the world. But is it just a rumor, or is there truth behind it?

Play as Joe Todoroki, in his quest to become a car battler—like his father before him. His mother says he has the talent, but hard work will be the payoff. Customize a vehicle in the Garage to enhance or diminish its performance. Sign up for jobs, missions, and even tournaments as Joe explores the dangerous highways and byways that surround his village.

Other car battlers fight for money and fame, but Joe has a higher calling: to restore his family’s honor and bring his father home!

What are your thoughts about this upcoming Virtual Console title? Let us know what you think in our comment section below!

Re: Virtual Console: Car Battler Joe (GBA) Is Hitting The North American Wii U eShop Tomorrow!
+
September 16th 2015, 4:57 pmNeptune
How cool! I never thought that Car Battler Joe would ever be released on the virtual console!

Re: Virtual Console: Car Battler Joe (GBA) Is Hitting The North American Wii U eShop Tomorrow!
+
September 16th 2015, 11:29 pmWarfmasterST
It's a shame that this game probably won't be released here in AU/NZ as it was not originally released in the region.

Re: Virtual Console: Car Battler Joe (GBA) Is Hitting The North American Wii U eShop Tomorrow!
+
September 20th 2015, 11:21 pmTsubasa
I remember playing this game and it was awesome!