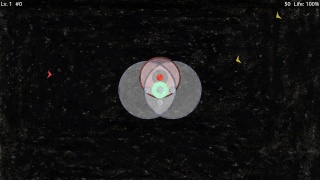 ZaciSa's Last Stand is a simple, yet extremely challenging tower defense title developed by ZeNfa Productions, but is the game worth looking into? Keep reading this review to find out!

ZaciSa's Last Stand has several different missions each with varying levels of challenge. You have a limited amount of money in each stage and must make the most of your funds to defend your base against intergalactic ships bent on conquering your base by building drones, defensive fire zones such as "clouds" and other weapons to defend your base! Some of the stages are frighteningly difficult and will test even the best tower defense gamers out there! You gain more funds by defeating enemies and for surviving each wave which will allow you to build more defensive units to protect your base! The game is fairly short in-terms of content, but the game features several game modes and endless waves of enemies meaning it's a game that never ends! 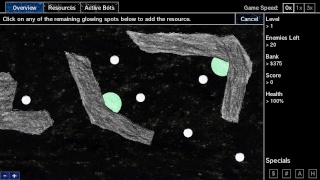 The graphics in ZaciSa's Last Stand look like something straight out of a coloring book. The hand-drawn stages and simplistic enemy designs are nice and fit the game very well and the soundtrack is equally simplistic and sounds superb!

The touch-screen controls in the game are very solid and are easy to learn which is a must for any game that requires players to make decisions on the fly! The Off-TV play is superb and really adds alot to this title since it's a great game to play for short bursts and is nice to not be forced to turn on the TV for those who only have time for a 10 - 15 minute gaming session. 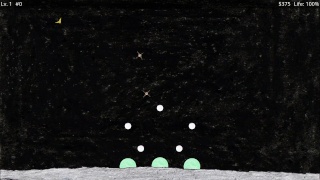 With great gameplay, solid controls that are easy to learn, and simple yet effective visuals and soundtrack ZaciSa's Last Stand is a solid tower defense title that is as difficult as it is enjoyable! We definitely recommend the game to any fan of the tower defense genre!

Re: Review: ZaciSa's Last Stand (Wii U eshop)
on July 13th 2014, 11:56 amSKTTR
The sixth game in a line of US-only Wii U eShop games that we want in Europe.
The other five being Mutant Mudds Deluxe, Shovel Knight, 1001 Spikes, Ittle Dew, and Chubbins.

@SKTTR I thought that there were more than 5 indie games released in North America that are missing in Europe?

Re: Review: ZaciSa's Last Stand (Wii U eshop)
on July 15th 2014, 6:37 amSKTTR
Yes, there are more US-only eShop games, but we in Europe will be alright skipping
a) overpriced minigame shovelware like Ava and Avior Save The Earth or My Style Studio: Hair Salon
b) unpolished amateur projects like I've Got to Run!, The Letter, or Percy's Predicament.

Adding to the 6 aforementioned titles, I guess innovative puzzlers such as GEOM and Internal Invasion would be nice to have here as well.