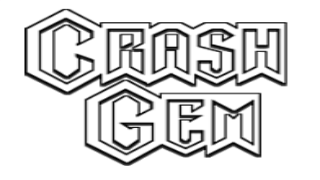 Today we had the opportunity to talk to the folks at CrashGem Studios regarding their upcoming Wii U eshop title Churbles! At the start of the interview we learned that Churbles is now planned to be released as an episodic game according to Barrett Brooks who works at CrashGem Studios. Here is an excerpt of the announcement they made recently on their Kickstarter page:


We have made the decision to release Churbles as an ongoing series of episodic games rather than one large beefy indie RPG.

Everyone involved in the Churble World project is completely in love with the setting, the creatures, the characters, and the stories we plan to tell. These stories have grown too big and complex to fit into a single game. Given the size of our team and the scale of the story telling the whole thing in one go would delay any release by an extended period of time. Compromising on story and game content to make a shorter, easier, faster to produce game would only be cheating you out of a great experience.

With Episodic releases we can get the game into your hands quickly and begin telling the stories of Churble World with the proper depth and pacing they deserve. Another amazing part of this process is that fan feedback can play a major role in CHANGING the progression of the stories being told as we have time between episodes to adapt and alter elements based on community input. 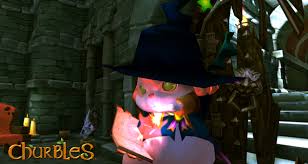 How long has Churbles been in development?

We began assembling the team and developing the core concepts of design and gameplay in March of 2013. So we are about 15 months in.

Will the Wii U version of Churbles feature any exclusive features?

Because of the many unique features made available on the Wii U platform we would be remiss not to include some of them in the game, though they will not be directly impacting core gameplay, instead offering fun support options. Further testing on the platform will help us refine what features we decide to run with.

Churbles seems to be focused towards online play, does this mean that
Churbles might become the first MMORPG released on the Wii U in the
western hemisphere?

The comparison to MMOs has been made since the project was first revealed to the public, but Churbles will be focusing less on the Massive part of the equation. There are certainly mmo elements at play, but multiplayer is only initiated by invitation, it is not a persistent part of the gameplay experience. 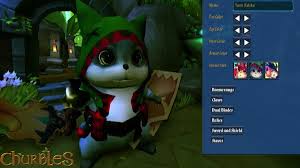 We'd like to know more about the guild system in the game. Is it
similar to guilds in MMORPG's?

It it unrelated to the Guild structure commonly found in MMOs. In Churbles each player will create a guild founder, a churble with the surname Mason, whose responsibility is to build up their adventuring guild by recruiting powerful heroes, allies, and equipment. Some recruitable NPCs will expand the functionality of the Guild Hall, unlocking the ability to customize equipment, discover additional side quests, and more.

One of the coolest parts of the game is the ability to send your Mason off to your friends where they can be recruited as a playable character. Players can also access their guildhall when playing local co op on a friend's account, allowing them to choose characters from their guild to play as during co op quests and adventures.

Has the game improved visually since your Kickstarter video was released?

Yes. During the Kickstarter one of the toughest critiques we were receiving was that the game's graphics looked a bit dated. Post Kickstarter we went back in and revamped the base Churble to make a more dynamic and expressive character. Environments also received an infusion of higher quality, hand painted textures and assets. Additional stretch money was used to improve shaders and a number of other visual tools for unity.

Will the game receive any DLC in the future?

Yes. In fact the game will be supporting the episodic content release model made famous by Tell Tale games. This will allow us to release ongoing stories set in the Churble world that are tailored to and evolved from the reactions and participation of our fan base. 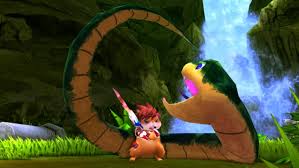 What kind of battle system will the game possess? Will it be
turn-based, real-time, or something between the two battle styles?

The system actually falls comfortably in the middle of real-time and turn-based. Because we wanted to develop a turn-based combat system that also supported co-op play we needed a way to quickly advance combat command input. This resulted in the development of a turn timer coupled with a very streamlined combat GUI.

How long will it take to beat the game?

Currently each episode of the game is slated to take about 4-6 hours to complete. The Main storyline with be composed of 4 episodes. All of our Kickstarter campaign backers who would be receiving a copy of the game will be receiving all 4 of these episodes as their pledge reward.

Do you have a rough estimate about when we can expect to see Churbles
released on the Wii U eshop?

Currently we do not have an official release date available for the WiiU, but with many Nintendo fans comprising our core team it is a platform that will not be left out. The game is being developed in Unity with the PC and Mac being our initial test environments. Console development is not occurring concurrently, but will instead be customized, tested, and retested once the main build is in a finished state, so the best I can say is 2015. 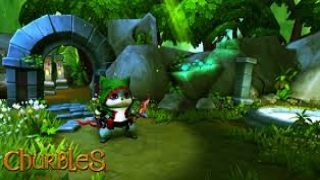 Thanks for the interview! Hopefully we'll get the chance to do this
again when Churbles is nearing its launch date!

Agreed. In the meantime you can follow our progress via social media or our developer blog.

Have a great day!

Re: Developer's Interview: CrashGem Talks About Their Upcoming Wii U eshop Title Churbles!
May 27th 2014, 12:30 pmElza
I'm a little worried about the episodic releases.
Hopefully each episode won't be too expensive.

Re: Developer's Interview: CrashGem Talks About Their Upcoming Wii U eshop Title Churbles!
May 27th 2014, 12:46 pmLink_i_am

@Elza wrote:I'm a little worried about the episodic releases.
Hopefully each episode won't be too expensive.

Same here, but otherwise I like what I read in the interview!

Re: Developer's Interview: CrashGem Talks About Their Upcoming Wii U eshop Title Churbles!
May 27th 2014, 12:56 pmLove4Gaming
I'm also worried about the pricing. The game sounds like it could be fun though!

Re: Developer's Interview: CrashGem Talks About Their Upcoming Wii U eshop Title Churbles!
May 28th 2014, 11:02 amClαππαd
Will there be any other download content besides the four episodes of the game's main story?
Nice interview boss you chose really good questions to ask Crash Gem Studios.

Re: Developer's Interview: CrashGem Talks About Their Upcoming Wii U eshop Title Churbles!
May 28th 2014, 6:22 pmGuest
This game looks so cute!

Re: Developer's Interview: CrashGem Talks About Their Upcoming Wii U eshop Title Churbles!
May 29th 2014, 11:32 amFM_Alchemist
4-6 hours per episode isn't much, hopefully the episodes won't cost $10 a piece.

Re: Developer's Interview: CrashGem Talks About Their Upcoming Wii U eshop Title Churbles!
July 6th 2014, 12:52 pmAmufungal
I can't wait until Churbles is released