QA Manager For Neko Entertainment Talks With Us!

Thank you for allowing us to interview you, we really appreciate it!

[SC] You are more than welcome, it is always a pleasure to share some informations about our games !

Was your game Puddle inspired by the Nintendo title Fluidity?

[SC]No, The students were inspired at first by Rube Goldberg machines, these incredibly complex constructions that nearly do nothing useful but are quite fascinating to watch. They tried to combine with their primary goal of playing with fluids, they struggled between a pure puzzle game and a racing game. In the end, they tried to keep some key elements from both these gameplay without imposing too much of the hassle that could go with the dynamic nature of fluids.

How long did it take to develop Puddle and how many people worked on
the project?

[SC] It took more or less one year to develop the game. There were 6 students working in our studios, and some of us (I mean, consultants) help them to develop efficiently the game !

How well has Kung Fu Rabbit sold in Europe?

[SC] We don't know exactly how many of this version of the game have been sold until now, but we see the game is number 3 on the top sold games, on the eShop, and it means players enjoy the game so far ! (even on the Miiverse, players seem to like the game a lot)

Has it been easy to develop games for the Nintendo Wii U?

[SC]It was not that hard, as we are developing since a long time on Nintendo Wii. The hardest thing was the fact the game was released for the launch of the Wii U, and so, lot of things were changed in the Nintendo SDK at the very end of the project, and so we had to face these changes and not be sure the game was playable smoothly, even with these new changes.

Are there any currently unannounced Wii U or 3DS titles that your team
is working on?

[SC]We are waiting for the final approval for Cocoto Magic Circus 2 on Wii U (retail game, this time) published by BigBen Interactive. We are working on other projects, but this is a secret for the moment.

What game genre does your team enjoy making the most?

[SC]We don't have a common genre of games in the team (we like a lot of different games) but one thing is sure : we like to have a lot of time to develop a game. The most time we have the most quality we can bring in the game, and so the most enjoyable the game will be !

Thank you, it was a pleasure interviewing you!

[SC]No problem, don't hesitate to come back to me when you will hear about our next game! I hope every player will enjoy our current and future games.

Re: Developers Interview: Sébastien CHIPOT-Delys QA Manager From Neko Entertainment Talks To WiiWareWave about Wii U eshop Titles And More!
May 1st 2013, 8:50 pmNintendoPuristForever
You have my approval!

Sorry for stealing your thunder, Soundwav...

Re: Developers Interview: Sébastien CHIPOT-Delys QA Manager From Neko Entertainment Talks To WiiWareWave about Wii U eshop Titles And More!
May 2nd 2013, 12:47 pmToughGamer
Kung Fu Rabbit was released today. The interview was interesting.

Re: Developers Interview: Sébastien CHIPOT-Delys QA Manager From Neko Entertainment Talks To WiiWareWave about Wii U eshop Titles And More!
May 2nd 2013, 6:37 pmTowafan7
I really enjoy doing these interviews, hopefully someday I'll have the chance to interview one of the known development staff member's at Nintendo!

Re: Developers Interview: Sébastien CHIPOT-Delys QA Manager From Neko Entertainment Talks To WiiWareWave about Wii U eshop Titles And More!
May 2nd 2013, 9:19 pmShanaNoShakugan
Such nice interview I like. 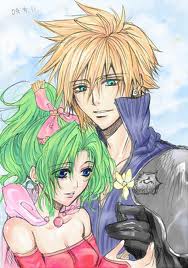 Re: Developers Interview: Sébastien CHIPOT-Delys QA Manager From Neko Entertainment Talks To WiiWareWave about Wii U eshop Titles And More!
May 3rd 2013, 1:23 pmTerra
Puddle was an excellent game can't wait for more Wii U titles from this developer.