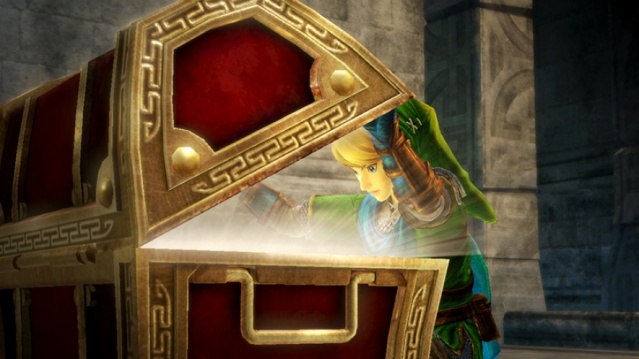 Developed by Koei Tecmo and Team Ninja and published by Nintendo, Hyrule Warriors is a Zelda Themed game within Koei-Tecmo's long-running Warriors franchise that beautifully incorporates elements of both franchises into one incredibly enjoyable and not to mention extremely lengthy package! We think that Hyrule Warriors and its DLC are well worth their price and here's why:

The gameplay in Hyrule Warriors is surprisingly complex with a ton of strategy required to beat most of the game's levels. You must protect allies and capture keeps and much more depending on the current battle and mode that you're playing! The game's main mode is story mode where the story of the game takes place "duh". This is where you'll unlock most of the non-DLC characters in the game. The story scenes feel like they are straight from an actual Zelda game as Koei-Tecmo did an excellent job researching the series mythos!

Other modes include the strategic Adventure Mode where you'll tackle battles on a board of the original NES Zelda title or the worlds of other Zelda titles if you downloaded the Majora's Mask or Twilight Princess DLC Packs. Each battle has unique rules and objectives and there's several weapons and characters to unlock! You can also purchase more boards complete with characters, weapons, and new costumes to unlock as relatively cheap DLC. 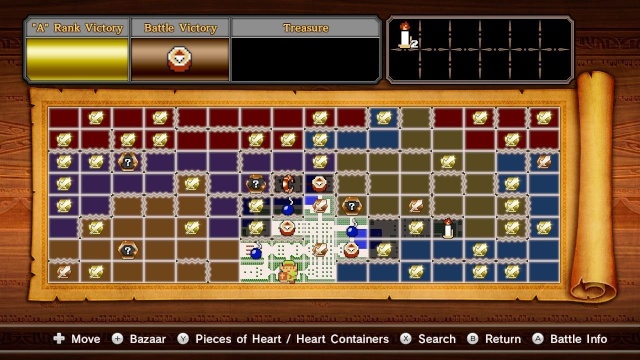 Then you have Challenge Mode, where you can aim for a high score with challenging missions, most of this mode is locked unless you purchase the Boss Pack DLC, including the Boss Rush, and Ganon's Fury Mode's which are a blast to play! The difficulty of the game starts off very easy, but eventually becomes insanely difficult especially in the DLC packs.

The Gamepad features allow for single-screen multiplayer where one user uses the TV screen and the other uses the Wii U Gamepad which is an amazing feature! Other uses of the Gamepad include Off-TV-Play in single player and can be used to show current ongoing missions and the health of your allied generals which is a very useful tool to have in the game! The controls in Hyrule Warriors are pretty good and shouldn't take players long to learn and they're very intuitive which is very important in such a hectic title!

Visually Hyrule Warriors looks great! It's not the best looking Wii U title, but the stages and character models are very detailed, though they do take a substantial hit when playing multiplayer. Overall the graphics are still above average by a decent margin as far as Wii U titles go! The soundtrack on the other hand is absolutely breathtaking and is among the best that you'll hear from a Wii U title! The music tracks are all remixes from various games in the Zelda series which have been fully orchestrated and sound amazing! 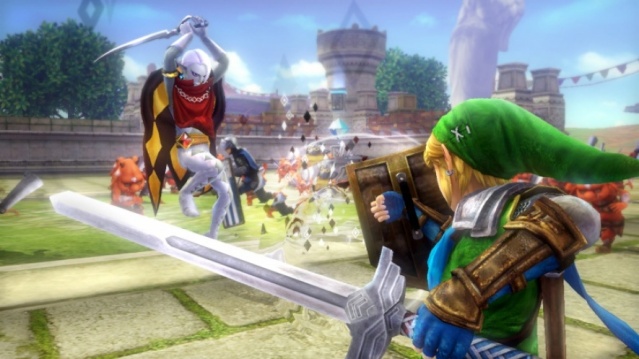 Re: Review: Hyrule Warriors (Wii U Retail)
April 20th 2016, 11:04 pmClαππαd
What a nice review you have written boss!
My husband and I still play the game from time to time.

Re: Review: Hyrule Warriors (Wii U Retail)
April 21st 2016, 12:58 amWilliamFrankLepleyIII
I heard somewhere that the New 3DS version of Hryule Warriors Legends supports a much better framerate than Hryule Warriors for the WiiU, and that the WiiU version has an unacceptable framerate for the capabilities of the hardware. I didn't notice you mention anything about framerate issues, so I was just wondering what your opinion is. I thought your review for Hryule Warriors was very straight to the point, and that's a good thing. Although, your writing didn't seem to offer much of your whimsical personality, which hinders the quality of the review, in my honest opinion. Altogether, it was still an informative review.

Re: Review: Hyrule Warriors (Wii U Retail)
April 21st 2016, 6:15 amTowafan7
@WilliamFrankLepleyIII I've been suffering from writer's block for awhile so my reviews are lacking a little personality, but it's honestly amazing that I'm still able to write coherent reviews at all given that fact. Also the frame-rate in single player never dropped below a solid 50 frames per second and the frame-rate in multiplayer was still well over 30 frames per second so it was actually better than Mario Kart 8's frame-rate during multiplayer. However results may vary depending on how much dust might be inside your Wii U. Luckily I keep a can of pressurized air handy to clear my Wii U's ventilation of any excess dust on top of regularly dusting my console.

Re: Review: Hyrule Warriors (Wii U Retail)
April 21st 2016, 6:24 pmStaroceancrazy
@Ichigofan You wrote that while suffering from writer's block?
I can't write squat when I start getting writer's block!