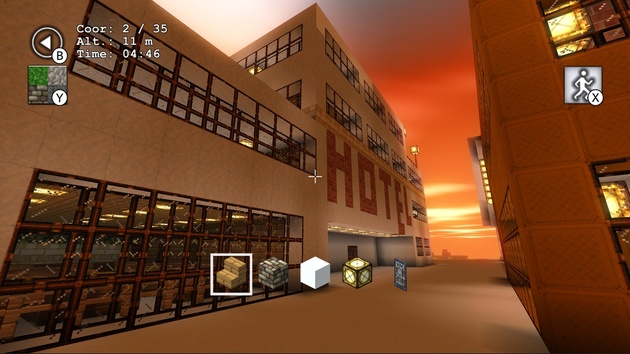 With Minecraft: Wii U Edition already released how does Noowanda's voxel crafting cousin stack up against its older relative? Continue reading our review to find out!

First off the game emphasises on the creative aspect of the genre so don't expect any survival mode or anything. This is not all bad as the game gives you plenty of tools to be creative. The lack of Off-TV-Play and simplistic use of the Wii U Gamepad is a bigger issue in our opinion.

The size of the biomes is incredibly large compared to Minecraft, though it's supposed to be infinite, we doubt that's actually the case, but it's so huge that chances are, most people will never discover the end of their maps! 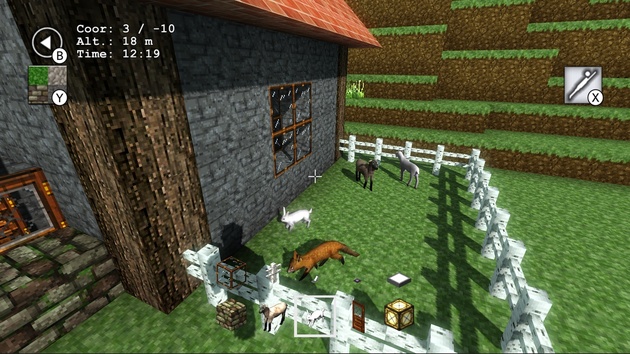 The biome creation is somewhat simplistic and there are only three biome types, but each randomly created biome is way different than any other so if you don't like your current biome, just create a new one.

Visually speaking Discovery actually seems to be superior to Minecraft: Wii U Edition. The lighting effects and textures both seem more detailed in Discovery. The day and night system is also visually impressive.

In-terms of the audio the sound effects are fairly basic, but the soundtrack is nice, mellow, and fits the game well. 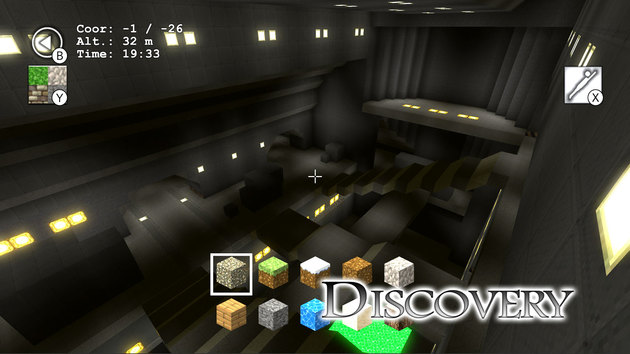 With solid, albeit limited gameplay, excellent visuals, and simple yet effective audio Discovery is a decent game that is as expansive and unlimited as the human imagination, however the lack of Off-TV-Play and useful implementation of Gamepad features is a real letdown, however we still feel that this game is quite good, so we give it a solid recommendation!

Re: Review: Discovery (Wii U eShop)
January 15th 2016, 12:50 pmBit-Trip
That tagline is rather funny. This game sounds good for artists, but the lack of survival mode is a dealbreaker for me.