Virtual Console: Vs. Excitebike Will Release On The North American Wii U eShop Tomorrow!

Virtual Console: Vs. Excitebike Will Release On The North American Wii U eShop Tomorrow!

The Second Famicom Entry For U In NA! 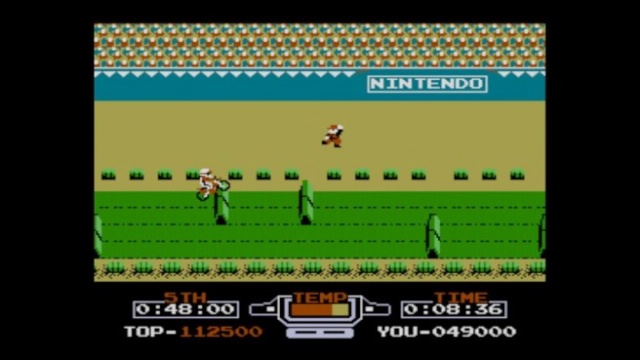 Earlier this week Nintendo of America announced that Vs. Excitebike would release on the North American Wii U eShop during Builder's Week! Nintendo has now confirmed via Twitter that the game will be releasing tomorrow in North America! Here's the official Tweet:

NintendoAmerica wrote:Thanks to those who participated in Builders Week! VS. Excitebike will launch in the #WiiU #VirtualConsole on 8/31. pic.twitter.com/kKjVmKRGpI

This will be only the second Famicom title never released in North America to grace the Wii U eShop, with the recently released Earthbound Beginnings being the first! Anyways let us know what you think about this news story in our comments below!

Re: Virtual Console: Vs. Excitebike Will Release On The North American Wii U eShop Tomorrow!
on August 31st 2015, 6:40 amKokorOtaku
That's great it's finally coming... Though I'm disappointed it's not Arcade on VC

also Star Tropics 1 and 2 are coming to EU I wonder if Japan will FINALLY get them as imports since they were never released in Japan... I think they have more of a chance now since they were made by none other then Takeda-San current CEO/President
Permissions in this forum:
You cannot reply to topics in this forum