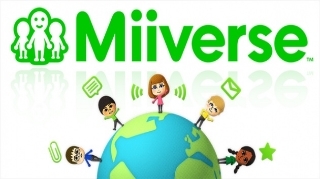 Nintendo's ever changing social media network dedicated to Nintendo fans has just received another noteworthy major update that effects all versions of the software in one way or another! The user menu has now been changed into a profile like menu with sub-pages "twitter style". Another major change is that users can now yeah individual comments within a discussion and not just the first post which is a nice change to say the least!

Another neat feature for the 3DS and Wii U versions of Miiverse is that you can now set user drawings as a favorite to be displayed in your newly updated user profile! Here is the official post regarding the changes from Miiverse:


There has been an update to Miiverse today.

We have replaced the User Menu in the menu bar with an option called "User Page", which leads to a new and refurbished profile.

By the way, the User Menu is now accessible from within the User Page.

2) (For all versions of Miiverse)

It's now possible to give a Yeah to comments, as well as to posts. You can also touch or click on a comment to see some of the people who gave it a Yeah.
That's it for today!

Re: Miiverse Receives A Major Update!
May 21st 2014, 1:29 pmShounenMania
The update is awesome!

Re: Miiverse Receives A Major Update!
May 21st 2014, 1:47 pmShanaNoShakugan
I love new look and function.

Re: Miiverse Receives A Major Update!
May 23rd 2014, 1:57 pmChickgoboom
Yesterdays update was the first Miiverse update since Thanksgiving that was actually an update rather then a downgrade!