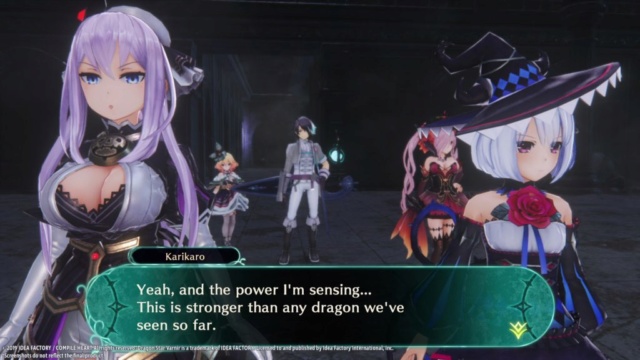 Developed by Galapagos RPG and published by Idea Factory International, Dragon Star Varnir is a fun RPG that has quite a few unique gameplay features and elements, but is this enough to cement the game as a standout title? We think so and here's why! 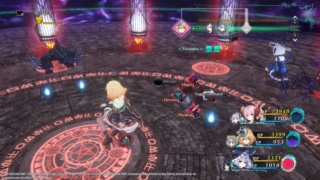 The story is actually quite unique and drew us in really quickly with an excellent cast of characters that bring the world to life. Dragon Star Varnir has a unique "layered" battle system that not only adds vertical movement rarely seen in JRPG's. The game also uses an advanced weakness system that makes you have to use your head and carefully choose what type or elemental attack to use and even which character should attack which enemy! This might sound overly complex, but the game does a good job with on-screen displays and tutorials so it should be easy for most players to learn the ropes of the game. Also every character also has a field skill that can help you get past obstacles or even earn items and equipment so it's a smart idea to frequently switch between characters!

Another unique thing about the game is the skill system where you must devour dragons to unlock skill trees to unlock abilities, passive skills, and stat upgrades. This forces players to really explore the world and try to devour every type of dragon to bolster each of their characters! The game also allows you to bond with the older witches by gifting them to see events or feed the younger witches dragon meat to keep them from permanently disappearing from the witches den. 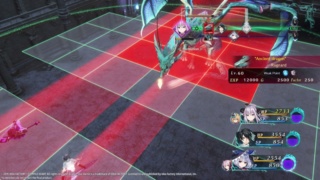 Dragon Star Varnir is fairly lengthy at over 50 hours in length, but the game can easily take longer due to its difficulty. The controls in the game are easy to learn which is always a good thing. The audio-visual presentation is quite nice with great character and enemy models, and reasonably nice looking dungeons, and the music and voice acting are superb! The game brings back the ecchi transformations from Death End Re;Quest so it's definitely not something we'd recommend playing around younger audiences. Overall the audio-visual presentation is very solid in our opinions. 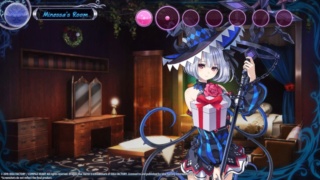 Bottom-Line:With an excellent story with great character development, great gameplay that's both enjoyable and extremely challenging at times, flawless controls, and a very solid audio-visual presentation, Dragon Star Varnier is an excellent game through and through and we highly recommend picking up the game if you're an adult gamer who's a fan of Idea Factory or RPG's in general! We give the game a great level of recommendation!

Re: Review: Dragon Star Varnir (PS4 Retail)
on November 17th 2019, 11:49 pmKain
Call me niche, but I've always been a sucker for obscure jrpg's like this one. I will have to buy this at some point. Nice review once again @Towafan7!

Re: Review: Dragon Star Varnir (PS4 Retail)
on February 20th 2020, 2:55 amTowafan7
Thanks for the comments you guys, I really appreciate it!

Re: Review: Dragon Star Varnir (PS4 Retail)
on May 31st 2020, 2:47 pmBlueRangerJack
@Towafan7 Is the elemental RPSLS system as complex as the type matchups in Pokémon? You know what I mean, right? Grass beats Fire beats Water beats Grass; Bug and Poison resist each other; Normal and Ghost are immune to each other; Ghost is weak to itself; Dragon is weak to itself, Ice and Fairy; Rock and Ground are weak to Grass and Water; Grass and Ice are collectively weak to, and/or not effective against, pretty much everything; Psychic is completely over-the-top O.P. in Generation I; Electric (as a type) is completely over-the-top O.P. in terms of number of weaknesses-plus-number of resistances-plus-immunity to paralysis...you get the idea. And don't even get me started on moves such as Freeze-Dry and Flying Press...

Also, let's address the elephant in the room...uh...why is everyone looking at me...? Oh, right...never mind. Anyway, the characters in this game get stronger by eating dragons?! Don't get me wrong, it's nice to see any game that not only busts through the usual repetitive JRPG formula (or, dare I say, breaks the mould...like Mold Breaker...? No? Alright then...), but does so in a way that makes sense for anything to do with the fantasy genre. It's little innovations like this that keep the JRPG industry from becoming nothing but a sequence of Final Fantasy IV clones (bt-dubs, FFIV and its sequels and spin-offs are collectively my favourite classic era Final Fantasy installment; sorry, Terra, but Cecil and Kain are still my top 2). But eating creatures which are typically portrayed as sapient?!

That's kind of messed up in my humble opinion, especially considering the fact that humans are sapient. Honestly, I think the only possible rationality of this whole idea that anyone could have is that dragons are "mythical", and don't technically exist; they aren't always portrayed as "intelligent as humans", and are thus merely magical animals; and they're usually "evil" if on-par with humans or smarter-er. Those points could raise a bunch of moral and ethical questions, but I'll just say that it seems morbid and leave it at that. If it was drawing energy from elementally-imbued crystals, I may have found it significantly less unsettling, though that's pushing closer to tried-and-true tropes, so...

Aside from that, it looks like fun. Nice review, as always.

Now if you'll excuse me, there's a silver nanodragon who needs reassurance that he isn't on today's sandwich menu...