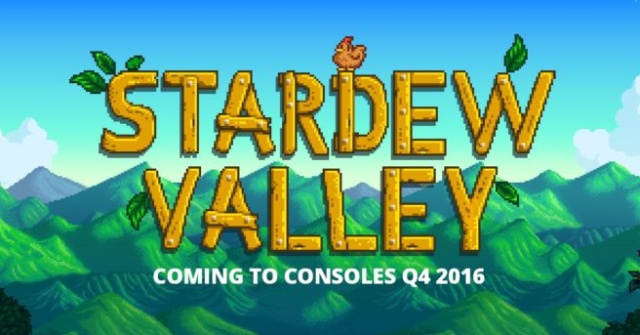 And it's not just the nostalgic charming art and animation. The gameplay looks great as well.
The farmwork in Stardew Valley seems exciting and simple (as opposed to being boring and tedious) with fastpaced controls and easy item use.
It's not just a farm-sim though. Just like Harvest Moon there is a story and events, NPCs, sidequests, and collectibles, so it's an adventure/RPG as well.
And there's plenty of customization, at least in your own farm area. So it's also a creative game where you can edit a chunk.

Seems we have another highlight for Wii U this year. I don't know about the developer or publisher (they never released something for a Nintendo home console before) but I hope the studio that ports this game to Wii U puts as much care into this as the original creators.