SmileBASIC is Headed to Wii U, Will Have Cross-Platform Support and DLC!

SmileBASIC is Headed to Wii U, Will Have Cross-Platform Support and DLC! 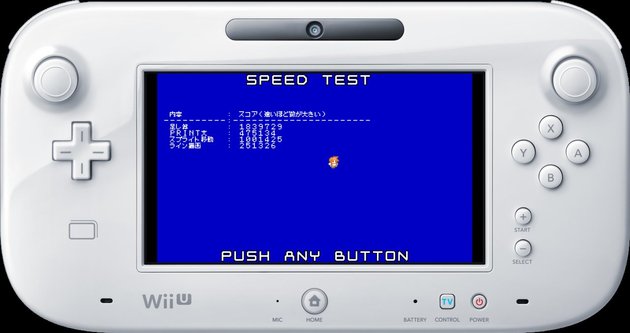 SmileBoom the masterminds behind the brilliant Petit Computer and SmileBASIC which just released on the 3DS eShop this last week in North America, have announced that a Wii U version of their game development software SmileBASIC will be released in Japan, in early 2016 and in the west at a later date!

The Wii U version will have additional features such as the ability to develop games that make use of the Wii U Gamepad or Wii Remote, and USB keyboards will be supported which is great news to say the least!

Here's a description of the upcoming paid DLC for the 3DS version of the game:

You can process the signal by analyzing with a FFT algorithm or with a BIQUAD filer and put it into the playback stream to output. In short, you are able to create your own software synthesizer or guitar effectors on your Nintendo 3DS system.

What do you think of this news? As always be sure to let us know in our comment section below!

Re: SmileBASIC is Headed to Wii U, Will Have Cross-Platform Support and DLC!
+
October 18th 2015, 11:53 amRWBY_Red
Will this app have tutorials?

Re: SmileBASIC is Headed to Wii U, Will Have Cross-Platform Support and DLC!
+
October 18th 2015, 2:23 pmOrionJZed
SmileBASIC? I've never heard of it. Is it any good?

I'll code some cool games and share them with you.