Sonic Would Be Proud! 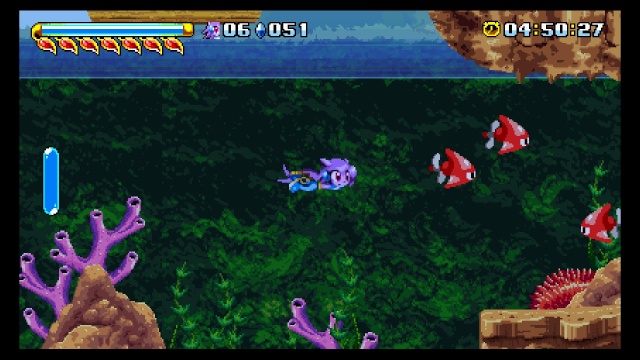 The gameplay itself is quite hectic and will test your gaming skills. The bosses are also quite impressive and will quickly remind gamers of the classic titles from Treasure Games. The stages themselves are basically Sonic The Hedgehog at heart and soul, but overall their design is actually better than what Sonic's Genesis titles possessed. 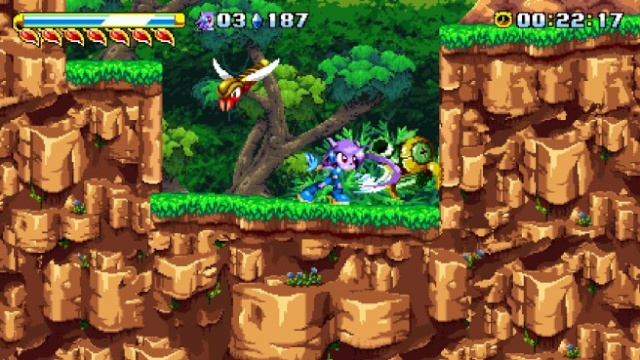 The controls are smooth and easy to learn, and the Off-TV-Play works flawlessly with this game! Now for the negative aspects of the game. First of all the game has quite a few minor glitches as well as a major game-breaking one that occur if the game is downloaded directly to your Wii U menu, so using a compatible hard-drive for your Wii U is highly recommended if you plan to download this game.

Graphically the game is gorgeous and the authentic Megadrive/Genesis visuals will definitely impress retro gamers. The background has many layers of details which go beyond the scope of most indie games which gives the game a very polished look. The music in Freedom Planet is among the best we've ever heard from an indie title, in fact it's easily as good as Shovel Knight's soundtrack! Overall the game is perfect by an audio-visual standpoint and is nearly perfect in every other aspect as well! 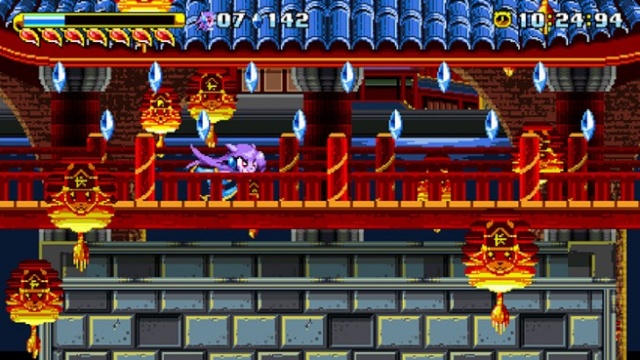 With superb retro-style gameplay, exceptionally good controls, and flawless visuals as well as one of the best soundtrack's we've ever heard in an indie title, Freedom Planet is one of the very best games on the Wii U eShop, though it has a few minor issues, however regardless of those issues we still give Freedom Planet a perfect recommendation!

Freedom Planet is my favorite indie game this year

Re: Review: Freedom Planet (Wii U eShop)
+
February 20th 2016, 7:27 pmRena Ryuugu Fanboy
Why so few comments? This game is one of the best on the Wii U retail or otherwise!

Re: Review: Freedom Planet (Wii U eShop)
+
July 12th 2018, 12:25 amNintendobuddy64
Good review. Was the dlc ever released in the Wii U version of Freedom Planet?

Re: Review: Freedom Planet (Wii U eShop)
+
July 3rd 2020, 4:18 amOrionJZed
@Towafan7 It'd be easiest for @BurstDashV8 to comment on the Switch version, as he doesn't own a Wii U. However, he definitely owns the latter, and it's one of his favourite indie gems by a margin so wide it'd take Sonic weeks to get across it.