eShop: Freedom Planet Has Been Delayed Indefinitely On The Wii U eShop To Iron Out Some Serious Bugs!

eShop: Freedom Planet Has Been Delayed Indefinitely On The Wii U eShop To Iron Out Some Serious Bugs!

Game Over, Press Start To Continue... 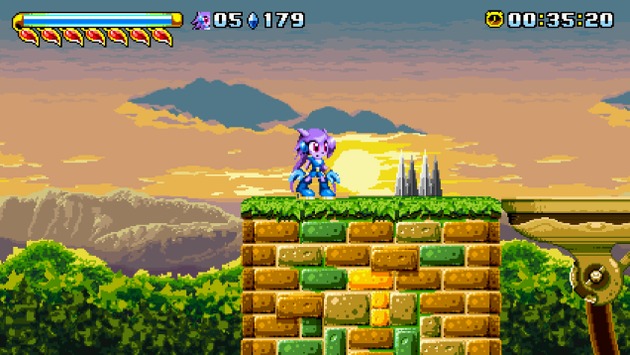 We have some bad news to share regarding the Wii U launch of Galaxy Trail Games' high-speed action-platformer Freedom Planet. It appears as though the game has been delayed indefinitely on the console to work out some unforeseen game-breaking bugs that weren't present in the PC version of the game.

Freedom Planets' director Stephen Diduro had this to say on the matter:

Stephen Diduro wrote:We received some sad news today: Our patch for the Wii U version of Freedom Planet didn't fix all of the freezing issues. In light of this, we are cancelling our launch for the time being. We're only going to announce a release date after the game is fixed and free of all issues not present in the PC version.

I understand that some fans out there were already upset at the last delay and that further delays would be the last straw, and to them I can only say that I'm sorry. I do not intend to deliver anything less than a 100% faithful and clean port, regardless of how long it takes.

If any of our new Wii U fans are interested in playing the PC/Mac/Linux version to tide them over, we'll keep you updated on any sales or bundles we may be involved with in the future. We also have several extra announcements coming later this month including for our planned character DLC, so stay tuned.

We're sorry again and thank you for your patience!

What are your thoughts regarding this latest development? Are you still planning to download Freedom Planet for the Wii U when it eventually releases? Let us know in our comments below!

Re: eShop: Freedom Planet Has Been Delayed Indefinitely On The Wii U eShop To Iron Out Some Serious Bugs!
+
August 20th 2015, 2:04 pmDigiDestined
How unfortunate, hopefully the bugs will get fixed in short order. =)

Re: eShop: Freedom Planet Has Been Delayed Indefinitely On The Wii U eShop To Iron Out Some Serious Bugs!
+
August 21st 2015, 12:07 pmAqua Cherry Blossom
Such a shame.
I guess we'll be waiting a very long time to play Freedom Planet here in the UK lol.