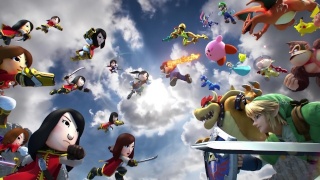 We gave our members a voice and they spoke! This year's GoTY winner by a landslide is none other than Yacht Club Games' Shovel Knight! Shovel Knight scored very well in our Wii U and 3DS reviews of the game so it should come as no surprise that such an amazing title has been picked by our loyal fanbase as GoTY!

Congratulations to Yacht Club Games! Let us know your thoughts regarding the winner of our 2014 User's Choice GoTY Awards in our comments below! We will be releasing a Shovel Knight theme for our website to celebrate Shovel Knights victory and the theme should stick around until Japan's release of Xenoblade Chronicles X in late April!
____________________________

Re: GoTY 2014 Winner Announced: Shovelry Is Triumphant!
+
March 10th 2015, 5:48 pmTech101
Wonderful game but I can't say it was my favorite from last year. Of course I was the lone voter for Hyrule Warriors but even then I still had a few others I would put in front of it. Still a wonderful game though.

Re: GoTY 2014 Winner Announced: Shovelry Is Triumphant!
+
March 10th 2015, 6:08 pmKeAfan7
@Tech101 I honestly couldn't believe that Hyrule Warriors only received a single vote as well, but I guess we're the odd men out lol. xD