i got very inspired by screwattack's deathbattle. so i thought i do my own battle only it wont result in death. it will be resultet which character is better. its one on one battle and this is a open mind topic so if you have a suggetion for a fight then let me know. as starter lets introduce the first battle. for a while i thought mario vs luigi would be a great start but i did not have some much cover on luigi plus mario would simply destroy luigi. so it was not a fair fight. but what is a fair fight is mario vs wario. after all wario is the negativ version of mario. this fight is depending on many things such as popularity, games, character strenght, weakness and etc etc. so lets begin mario: first game ever starring was donkey kong and wrecking crew but those games does not count as mario game simply because it has not mario's name on it. mario bros would the first game. not that great but it was fun. the real bomb was super mario bros witch many assume is the very first game because its the game that many refer mario coming from. after that came super mario bros 2 *erhhmmm* i meant doki doki panic. again does not count. super mario bros 3 was out and was announced as the best super mario game evar. a worthy follow up to the classic. on snes there were super mario world and again it became a huge hit. mario also starred in gameboy as super mario land and after the sucess of super mario land they made a sequel. super mario land 2 the 7 coins it was the first time ever mario encountered wario. super mario land 3: wario land was the third in the trilogy and to be honest i cant really call it a super mario game. why? well its because you play wario. yes that is the officially the first wario game and you see mario in the end of the game. it was the beginning of the wario series. now to personally. mario is not fat but he is chubby. he posses great strenght and his jumping is his first attack. mario rely on his jumping skill. although mario is fast and jumping great he also posses a spin jump which he use to kill tougher enemies. when his jumping attacks fails he rely on his ultimate special attack. the fireball attack 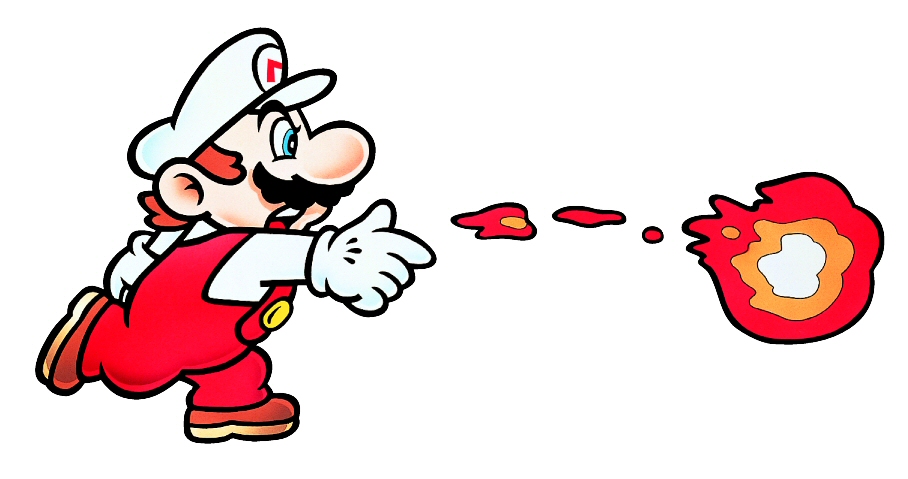 mario has also a great protection. by using his cape he can reflect enemy objects and flip enemy. mario has no partically weakness. his strenght is although limited but if you underestimate him you will be sorry

wario: wario first time appered in super mario land 2 for the game boy and in the commercial. after super mario land 2 he was granted his own serie even though his first game was named super mario land 3. warioland 2 was also made for gameboy. wario is most known for the wario land series. he have also made wario woods for snes but it was not that famous probally because nobody knew who wario was back then. if there are any serie that explains who wario is then its wario land and wario ware games. he is not that famous but he is certainly not more hated than luigi. wario is actually a mystery because nobody knows why he is mario's negative him or why he hates mario. there are no real story behind it but for all we know he is evil and we love him for it. now to the personal matters. wario is fat build on muscles. comapared to mario wario has more strenght and has more devastating force. his main attack is tackle which sounds weak but his tackle is stronger than anyones tackle. his tackles destroys rocks. he also has a pound attack which cruches anything that is under him. his special attack is the atomic fart explotion 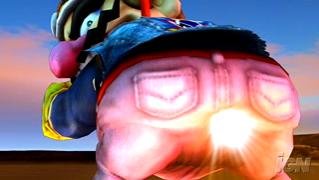 it litterly kills anything. he also have a bite attack. he can eat anything which can serve as a protection from enemy projectiles. wario is a steroid walking powerhouse however he is very slow and is not the best jumper. if he get a chance to hit his target with his attack then it might be over

all right the calculation is over. now its up to you. who is the winner? 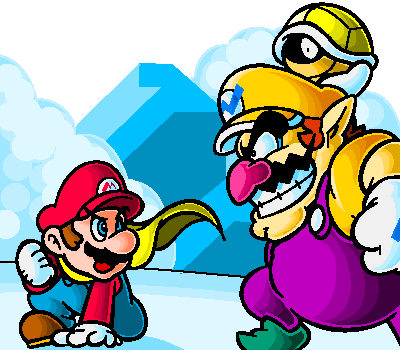