after witness the greatness with mario party 1 people wanted a sequel. hell i wanted a sequel. *sigh* but as many people know sequels have a reputation for not live up to the original and mario party 2 is no eception. this is mario party 2 review. im just gonna tell you right now this is my opinions. this is what i feel about the game so if you dont agree then do me a favor and dont bit.ching about it. take out your anger somewhere else. i hope you enjoy it

1. start up/intro
this is the only mario party game that is a actuall sequel when it comes to the story and plot. the plot is after mario and his friend defeated bowser in mario party 1 they started to opening a fun land. however they arguing about the name of the newly opened fun land. while that happens bowser attacks their fun land and ruin it. a red koopa sees it and telling mario and the others. they ignored it and continued to arguing about the name. as usual toad couldnt stand it and tells them that the one who defeats bowser gets its name chosen for the fun land. so yeah the plot is more deeper this time but it gives you only the false hopes that the game is decent

2. gameplay
the gameplay is the same as mario party 1. there are small diffrense in the game. you got all the usual spaces. the plus, minus, happening, bowser and chance space. the new ones are battle space that makes you battle against everyone for a certain amount of coins. the number of coins is diffrent everytime and everyone has to pay it but even if you dont have lets say 10 coins you are still allowed to play a battle game. the other new spaces is the item space. when you land on it you do a little mini game to win a item. that space replaces the old mini game space that was in the mario party 1. there are also a bank space. everytime you walking to it you have to pay 5 coins which they save up but if you land on it you get all the money they saved up. it depends on how many people who landed on it. the items is a new feature. a feature that makes it standard in future mario party games. there are few items. first one is the mushroom which gives you one extra dice so you can go longer. second one is the golden mushroom which gives you 2 extra dices. there are a skeleton key which unlocks secret passage or shortcut at the board that only the one with the key can walk to. there are a warping box which just well warps. there are a duelling glove that allows you to do a duell against whoever you wanna duel with. another thing to that is new is that mini bowser is on the board and if you walk to him you have to pay 5 coins but if you have real luck he gives you 5 coins in misstake. the item shop is a replacement for the shop in mario party 1. also when you get back to the start you dont get 10 coins bonus like you got in mario party 1 which sucks but also when you get to boo and wants to steal coins from others you have to pay 5 coins. that is just bu.lshi.t. also when others steal from you you have to press like crazy on the a button to prevent boo from stealing all your coins. if you dont do that then boo steals hell alot from you leaving you poor. now lets talk about the mini games. i dont think anyone disagree with me that mario party 2 have been lazy when it came to mini game. half of the mini games that are in mario party 2 has been taken from mario party 1 just modified slightly. to say the least its sad to hear that fact. not to mention the mini games are not that fun. why take mini games from mp 1 and make it shitty? not to mention mario party 2 mini games are actually cheap most of them. that does not mean that mp 1 had cheap mini games but it does not make a fair challenge. also this is the only mario party game that the characters dresses in disguises. they look ridiculous. they couldnt possible make mario even more childish. one mayor thing however is that if you would by some bad luck get a BOWSER BOMB then at the end of the round mini bowser transform into bowser. bowser will then hit a dice and if he gets to you HE WILL TAKE ALL YOUR COINS. do you have any slight idea how frustrating that is. lets say you got 150 coins you recently bought a star and land one space away then all of a sudden your friend gets a bowser bomb, the round is over and you stand close to bowser. that is unforgiven

3. graphic
the graphic does not look beautiful in fact it looks ugly. its like they took mp 1, threw it at the toilet and then take it out again filled with shi. if that does not convince you then let me show what i mean 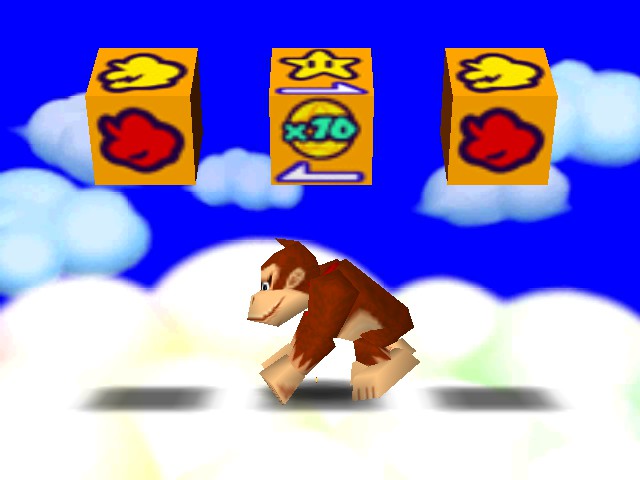 mario party 2
do i really need to continue? i think this is proof enough to tell you how ugly mp 2 graphic is

4. music
the music is kinda shitty compared to mp 1. there are few good songs but it does not feel like the mp style

6. difficulty
like i said in mp 1 review there are no real difficulty so it remains a 2 = no challenge

final score: i give it a 3/10 not worth it. this would be a 4 but since nintendo made a mockery of putting mario party 2 instead of mario part 1 or 3 at the virtual console im remove one point as a punishment. this game sucks and it holds hands with mario party 8. avoide it

here is some screenshots 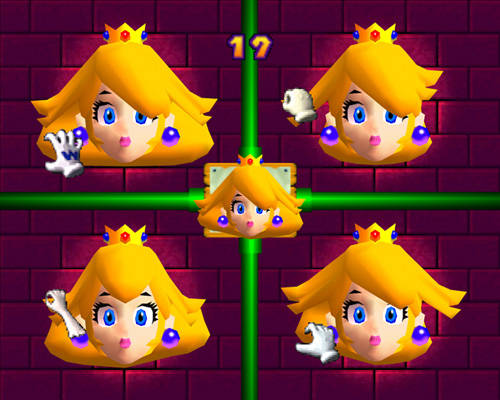 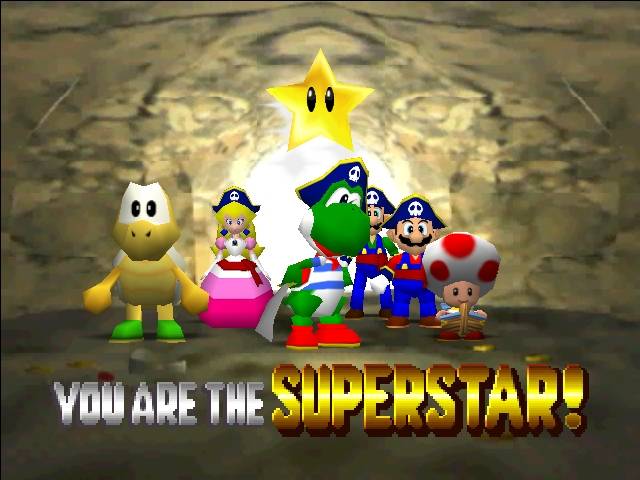 Re: mario party 2
on August 28th 2012, 11:38 amKitty Cat Meow Meow
I do not think that the N64 Mario Party games were even released in my region, however I've heard nothing but things about Mario Party 2.