Samus Aran is hired to assist the Galactic Federation during its ongoing conflict with the Space Pirates, who have been strengthened by her nemesis, Dark Samus, while also slowly indoctrinating them into mindless servants and with their combined forces seek to corrupt the universe with Phazon by first executing a series of methodical attacks on three Federation planets and it's up to Samus and three other bounty hunters to destroy their plan.

Story
The story is very good for a few reasons, one of them is because it's very well implemented with the gameplay, since there are some moments where the story progresses while you are playing the game, and while there are not many of those moments, it is very well done and worth playing through, and even the story expands as well by having a backstory of the planets you are visiting and you can read them by finding theirs logs and scan them, however, even though it has some good moments, it also has some very few bad ones too, like the ending for example (not to spoil anything by the way...), but as it is, there are moments where the story doesn't progress at all, making this game a mix between story driven gameplay and non story driven gameplay, but it's not that bad though...

Gameplay
The game is a first-person action-adventure game and you use the wii remote and nunchuk devices. This game is very similar to the metroid prime games on the gamecube, but this time it has a lot of changes in it, both minor and major, and one of the major changes is that this time you can aim Samus's weapon with the pointer of your wii remote, instead of stopping and then aiming like in the gamecube games, and also the Morph Ball mode, in which Samus's suit transforms into an armored ball where you can reach into tiny areas not passable by your normal self and also put bombs, but one thing that hasn't changed is the old gameplay formula of the metroid series, where you gain items and power-ups for Samus's suit by defeating enemies and  semi-bosses, which then said items and power-ups enables you to further explore in the game like a grappling hook, a double jump, etc. The gameplay pretty much involves around solving puzzles, jumping on platforms, and shooting enemies and such, but one of the things that you will do frequently is backtracking, but the thing is, it's not too bad to do to be honest, in fact, the game is a little too linear, and I think that's why some metroid fans didn't liked this game, but for me, even though it happens a few times, thank goodness is not very tedious and annoying to do, since the game includes hint system (that's optional by the way) that periodically displays on-screen instructions and navigation assistance, and because of that, it was breeze and fun game for me.

But even though the game is a little too linear, it has a few large and open-ended areas that takes place across several planets and such, where you can travel them by your ship by your choice, instead of just being on one planet or two, and the ship has it's own features too, but even though they're decent, you don't use them a lot...

You have a heads-up display that simulates the inside of Samus' helmet, and features a radar, map, ammunition gauge, health meter, and when engaged with a boss, its health bar and name, and you can change visors to enable new abilities such as X-ray vision (by getting it), and a scanner where you can collect information on many items, creatures and enemies and finally a visor where you can command your ship to land on a landing spot, attack a certain area or object, etc. And one unique thing about this game is that you can interact with certain mechanisms such as panels or containers by using the wii remote's capabilities, such as the pointer and doing gestures, but another new thing about this game is that later on, you'll have the ability to use Hypermode, a feature in which you take out 100 health points in order to give you  temporary invincibility and more powerful attacks ! however, you are timely limited to use it, because if you use it for a long time, it will lead you into "Corrupt Hypermode", that if you don't stop it, it will leads you to a game over because Samus has been overtaken by the Phazon.

While the game can get tedious in some parts, most parts of the game is pretty fun to play and unique with it's new gameplay features, not to mention some good moments as well making this game a breeze to play.

Graphics
The graphics in this game are really amazing ! I mean it's not very HD or anything like that, but the art style on the environments is really beautiful and very atmospheric ! the character models on the humans look decent, but the others look good though ! other things such as the lightning, the frame rate and other things are very well done and placed ! overall, the game does an amazing job at looking very good !

Music and Sound
The soundtrack of this game is really good ! consisting of vocals and a little bit of epicness behind it, it really does fit the mood for the areas you are going or where you are !

Sound wise, it's very good too ! the shooting, the effects and the enemies all sound good ! maybe a few sound either a little too loud or just decent, and as for the voice acting, excluding Samus (who just grunts... and by the way, I think she sounds younger than before...), everyone sounds good, they do a good job on how they should be expressing and how they should be reacting... but as for the available languages, it's English only, again both text and voice wise...

Presentation
So do you remember the multiplayer that was included in Metroid Prime 2: Echoes ? well, there isn't any multiplayer here ! that's because Retro studios, the studio that made this game along with nintendo, wanted to focus on the single player portion of the game, because it was considered to be "the core strength of the franchise"... but there is one thing that is online related ! but I'll get to that in moment...

As I've said before, the game does a great job at creating an atmosphere that feels like a new world that you really want to explore and once you do, it will be a great adventure and all of this in a first person perspective, it adds up to it's effectiveness, and for a type of game like this, I say that's a positive !

And as for the replayability, it has a good amount of it, you have the power-ups that you have to collect, and the ending will be extended depending the amount of power-ups you've collected (where there's a machine in a certain planet where you can upgrade your map and it locates all of the power-ups, therefore making you not look into a guide in order to look for them), and there is a sort of achievement system called the "credits" where, unlike the achievements, you can spend them at unlocking bonus content such as concept art, songs from the game, etc. And there are four types of credits, which are Boss credits, Lore credits, Creature credits and Friend credits. Boss credits are earned by winning boss fights, Lore credits are earned by scanning the lores, Creature credits are earned by scanning creatures, and finally the Friend credits is very special ! you earn them by trading friend vouchers, in which you need to do something special in the game, and then trading them to other Metroid Prime 3: Corruption players over your broadband connection and then wait for your friend to turn them into a green Friend Credit ! but the best part yet is that you can send them to your friend in your address book in the message board ! you don't need a separate friend code for the game ! so as you can see, you can be quite busy with this game !

Overall
This game is pretty fun and very great at creating atmosphere ! even though there are some flaws, the game overall is very good ! however, I can see that long-time metroid fans might not like this game, so if you're those type of fans, at least give this a rent and see for your own, as for everyone else who want to be busy with a game, or want to have a good experience both gameplay and atmospheric wise, then go ahead and get it, as for me, this game gets... 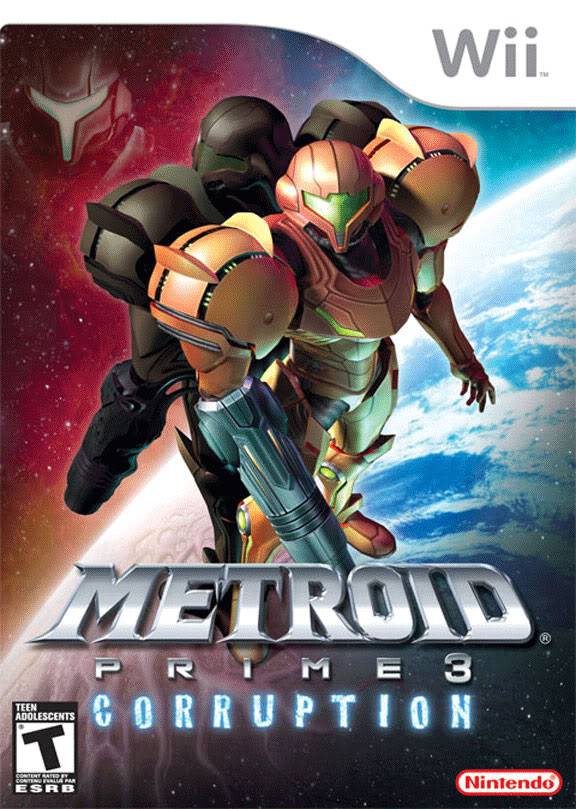 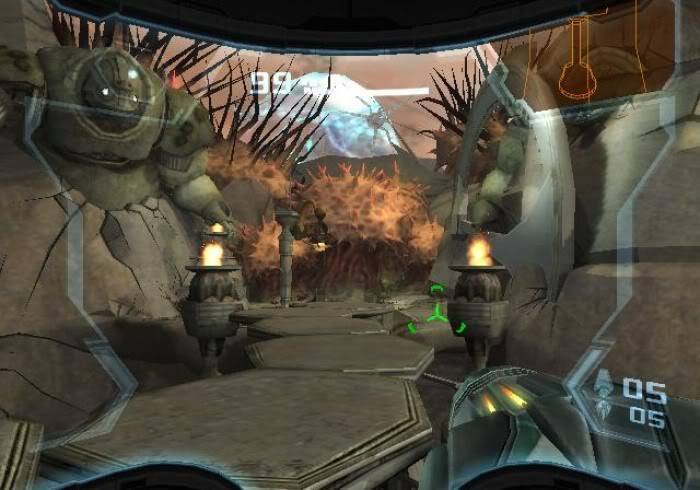 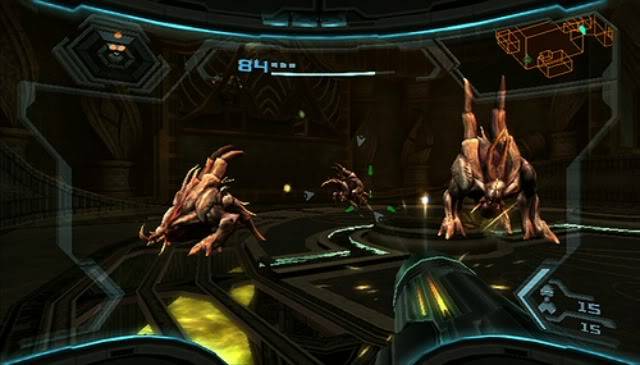 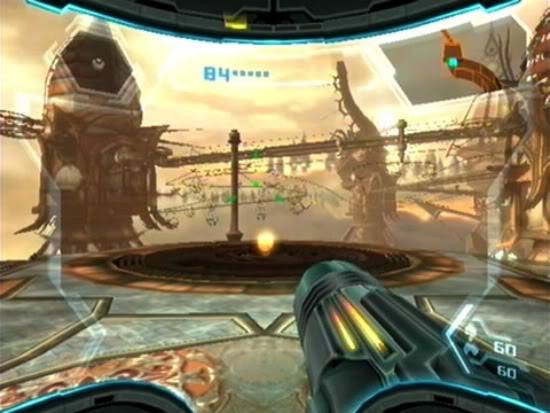 Re: Review: Metroid Prime 3: Corruption (Wii Retail)
+
October 24th 2011, 5:01 pmFuManchu
This is an excellent review of this game. I didn't lose interest in the least by the time I finished reading it.

Re: Review: Metroid Prime 3: Corruption (Wii Retail)
+
October 24th 2011, 5:09 pmKingreX32
LOL I remember the day I traded this game in. It was to get Metroid Prime trilogy. LAWLZ!!!!! Whats the point of having two copies of the same game.

Re: Review: Metroid Prime 3: Corruption (Wii Retail)
+
October 25th 2011, 12:07 pmShanaNoShakugan
This game is fun but I prefer Other M over Prime

Re: Review: Metroid Prime 3: Corruption (Wii Retail)
+
October 25th 2011, 7:08 pmUlqiorrathegreat
I think this was the first FPS I've played and it really stands out as a AAA FPS on a system lacking in quality titles in the genre....

Re: Review: Metroid Prime 3: Corruption (Wii Retail)
+
October 28th 2011, 12:58 pmStaroceancrazy
This game sounds like it could be fun