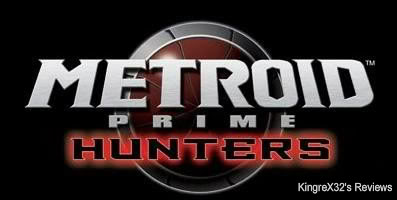 Metriod Prime Hunters was a launch title for the Nintendo DS. It was developed by Nintendo Software Technology, and published by Nintendo. It was released on March 26th 2006, and is the first game in the Metriod series with online play. 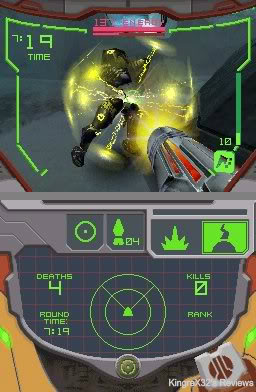 Metriod Prime Hunters was one of the first, FPS's on the DS. It takes place in between Metriod Prime, and Metriod Prime 2 Echoes. Basically the Galactic Federation has received a mysterious message saying ,the key to the ultimate power resides in the Alimbic solar system?, so they ask Samus to investigate. Unbeknownst to them six other bounty hunters have intercepted the message and are on their way there. 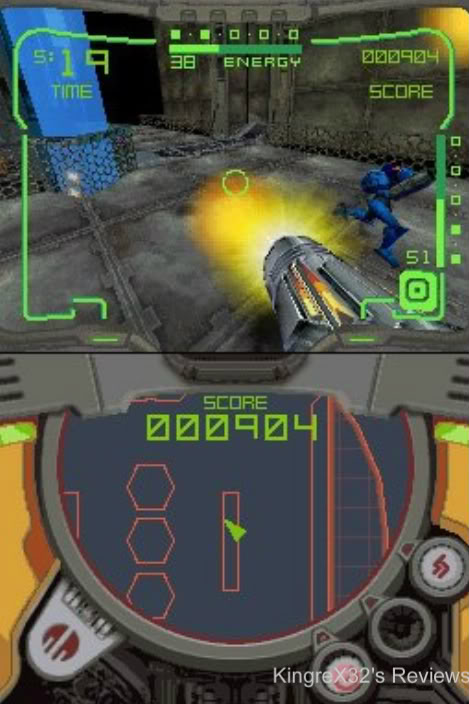 Throughout the story mode you play as Samus as she tries to uncover the truth about the seemingly dead system. The game mixes classic FPS action with some puzzle elements; an example of this is Samus's visor. When selected Samus's visor can lock onto and scan almost anything in the immediate area, when scanned information on that certain object or creature will appear and be added to your ships database. Scanning things is vital to the game play as certain bosses, creatures or locking mechanizes need to be defeated or accessed in a certain way, and you wont know what to do unless you scan. To help cope with the environments and creatures, Samus's power suit is upgradeable. Weapons can be upgraded easily because those can be found randomly in the environment. Health is a lot more difficult because you can't just find it in the environment, certain things need to be beaten or gained before you can get more health. 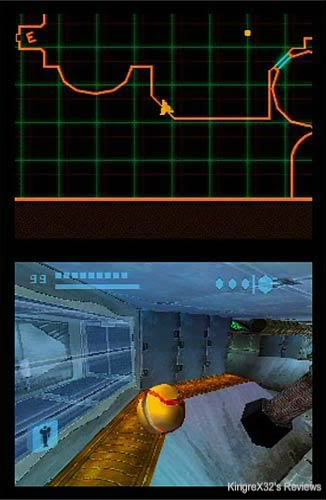 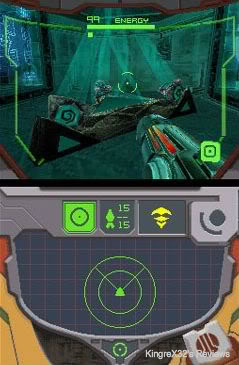 In Metriod Prime Hunters there are many different enemies to do battle against, from venomous plants, to large magma creatures, there are also boss fights. The six other bounty hunters serves as bosses in the game, the good thing about these boss fights is the fact that your not expecting them, they just happen like random battles in pokemon. I will admit though that the boss fights (against the other hunters) were extremely easy, the real boss fights (against automated security systems) are the real challenge. Lastly Metriod Prime Hunters takes advantage of the DS's wireless capabilities; there is an offline mode where you and four friends, or four strangers can battle it out on maps based off of levels in the game. The good thing is that you don't have to play as samus; you can choose to play as anyone of the other six hunters if you want, all of them with there own personalized HUD's. The online mode is the same as the offline mode; the only difference is that it's online. 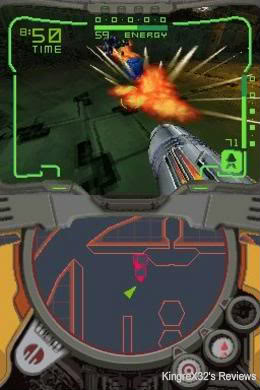 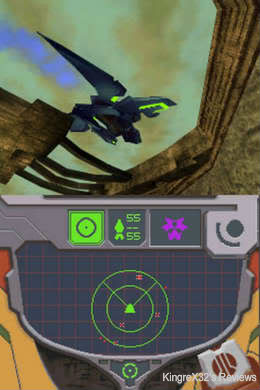 The graphics in the game were beautifully rendered, and were some of the best I've seen for a DS launch title. The cut scenes were short but very well done, with graphics comparable to the Gamecube. Game play was awesome; the mix of FPS elements with puzzle elements made the game more than just a shoot em up, you had to actually think about things in this game. The controls in the game were also awesome and set the basis for FPS's on the DS. Basically L is to shoot, the touch screen to look around, and the directional pad to move around. The controls can also be changed for left-handed people.

Overall Metriod Prime Hunters is an amazing game, the environments, characters; graphics in general were all supremely well done, not to mention the awesome game play. Both the offline and online multiplayer modes were well done and had the same action from the main game. (With virtually no lag) My only complaint is kind of weird. Firstly the puzzle element of the game was really well done, but it was really hard to figure some of them out, and secondly most of the boss fights didn?t seem hard enough. Metriod Prime Hunters is an awesome awesome game, and every DS owner should give it a try, it's a must own. Metriod Prime Hunters gets 9.4 out of 10. 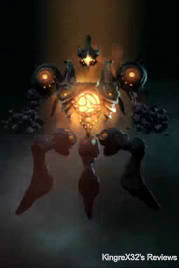 Re: Metroid Prime Hunters Review By KingreX32
August 29th 2011, 10:59 pmKIBAxHINATA
lolz this review has just been listed on the recent reviews list

Re: Metroid Prime Hunters Review By KingreX32
August 30th 2011, 7:12 pmGrumblevolcano
This is good but certainly not as good as Metroid Other M though I'm sure many of you would disagree

Re: Metroid Prime Hunters Review By KingreX32
August 30th 2011, 9:21 pmCrankily
The age of a game has nothing to do with how fun the game is as most people who have played the mario party games can attest to
Mario party 1 was a gamers dream but mario party 8 on the other hand was less fun then bathing in a vat of raw sewage

Re: Metroid Prime Hunters Review By KingreX32
October 18th 2011, 1:09 pmMetroidBlaster
This is a wicked game that is an unbelievably enthralling adventure

i know how that feels dude. Thats whu i dont have much DS reviews on my site anymore. I really need to get my hands on another.

Re: Metroid Prime Hunters Review By KingreX32
October 18th 2011, 7:08 pmFox_McCloud
Does the story have any ties to Metroid Prime 1-3?

Strangejello wrote:Does the story have any ties to Metroid Prime 1-3?

Re: Metroid Prime Hunters Review By KingreX32
December 3rd 2011, 11:38 pmAqua Cherry Blossom
Was this even released in the pal region? lol.

Re: Metroid Prime Hunters Review By KingreX32
December 4th 2011, 2:40 pmNell TU
@Eureka I haven't seen it at any store either

Re: Metroid Prime Hunters Review By KingreX32
January 22nd 2012, 12:41 amMarth
I really enjoyed the multiplayer for this game back in the day. Countless hours spent trying to gain stars and chatting over the mic with strange people.

Crankily wrote:
Mario party 1 was a gamers dream but mario party 8 on the other hand was less fun then bathing in a vat of raw sewage

This makes me sad.

Re: Metroid Prime Hunters Review By KingreX32
July 21st 2012, 9:44 amKokorOtaku
I want this game to connect to the Nintendo network via 3DS.... Somehow... I'd play this more if I could