Newcomers, most of you are probably aware of the Wii's and 3DS's Virtual Console service. You're also probably aware that here in North America, we're typically left in the dark about the unpredictable schedule. This game is here to have some fun out of not knowing!

The rules are simple:
1. You can vote for a maximum of three different games. The less you vote for, the more points you get.
2. If you don't think anything is coming for either Wii or 3DS, you can vote for "No Games."
3. If a game has been confirmed for release prior to the official Press Release going public, you cannot vote for that game anymore. Alternatively, you can vote for "No Other Games."
4. No Games or No Other Games must be your only vote for that week. You can't vote for one or two games in addition to No Games. You can't vote for No Games on Wii and then vote for games on 3DS.
5. This is for both the Wii and 3DS Virtual Console. WiiWare, DSiWare, and other eShop votes will not be accepted.

The host's guesses will be in this post as part of the Current Results. Current Results show what's being guessed that week and how often. They may get reposted near the end of the week to see where everything stands.

Why was this topic abandoned 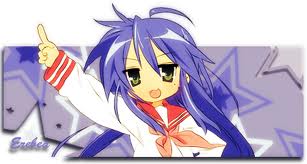