Splashing Onto The Scene! 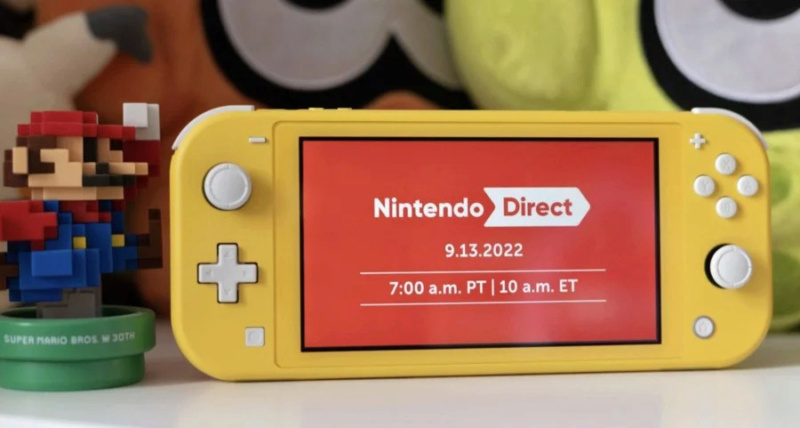 It has been a longtime coming, February if memory serves us "looks at calendar" yes, February and Nintendo has finally announced their September Nintendo Direct and it is a whopper at 40 minutes in length focusing on games releasing by the end of Winter! The broadcast is set to broadcast tomorrow/today depending on your timezone at 7:00 AM PDT / 10:00 AM EDT / 2:00 PM GMT / 3:00 PM BST! Rumors circulating include Zelda BoTW 2, F-Zero, a new 2D Mario game, and the possible addition of Gamecube and or GB/GBC consoles added to the NSO service. What are your thoughts or hopes for the Direct? Be sure to let us know in our comments section below!

Pyrafan7 wrote:It has been a longtime coming, February if memory serves us "looks at calendar" yes, February

Re: News: Nintendo Direct Incoming Tomorrow!
+
September 13th 2022, 8:56 amSupertimbros
@OrionJZed Your wish is granted by the great Malimute Penguin in the sky.

zxfan wrote:Was the worst direct ever, and I did not realise the last direct was in febuary

I liked most of what was shown, however the HUGE elephant in the room was the sheer number of farming RPG's shown in the Direct. I mean I will likely buy most of them since I enjoy the genre, but c'mon did we need to see like a half a dozen games in the genre announced during a single broadcast?

TowaHerschel7 wrote:however the HUGE elephant in the room was the sheer number of farming RPG's shown in the Direct

I didn’t know elephants were a thing in farming sims… the more you know, eh? (lol jk

Seriously, though, it is a bit weird that all these developers happened to announce similar titles at pretty much the same time, so maybe they’re more popular than most folks think…

Either way, with so many farm games, they could’ve included a remaster of the biggest farm game to ever grace the Wii… that’s right, I’m talking about My Pokémon Ranch! (lol jk… again

Re: News: Nintendo Direct Incoming Tomorrow!
+
September 21st 2022, 11:06 amKeAfan7
@OrionJZed @KokorOtaku What were your highlights from the Direct?