Rising From The Depths of Cancellation! 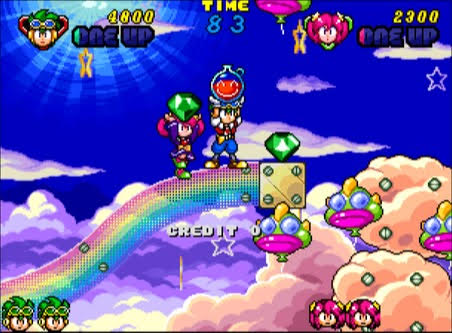 Originally planned for the SEGA System 18 Arcade hardware way back in 1992 by Wonderboy developer Westone. It was later cancelled due to the popularity of fighters and 3D arcade games that were immensely popular in that time period, as a result SEGA lost confidence in the potential of the game becoming all that successful. 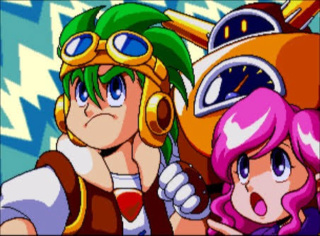 The game is scheduled to release in 2020 on current consoles so we suspect a Switch and PS4 version are quite likely. The game will receive both a digital and physical release so don't worry about the game being a collector's item as there will be a way for everyone to enjoy this amazing looking retro gem!

Anyways, be sure to leave us your thoughts in our comments section below!

Re: News: The Cancelled 90's Arcade Title, Clockwork Aquario Revives On Current-Gen Consoles Later This Year!
+
June 6th 2020, 4:31 amOrionJZed
Looks like it's time to summon @BurstDashV8 once again, since this article is... *clears throat*... right up his arcade. :sonicwaggle:

SEMI-OFF-TOPIC: What are the chances of someone providing a bunch of animated Mega Drive/Genesis/SEGA-CD/GBA/DS Sonic series sprites for the forums? It'd remove the bland placeholder BBcode from this post, AND it might encourage at least one resident SEGA fan to post more often... :chilidognom: :cubotmathskillz: :andknuckles:

Right on for the future distribution of a once-in-developing SEGA arcade game!

Me being around during the early 90s of when video games are making their mark onto the cultural history of the globe, I first bear witness of the awesome creativeness that the Japanese games developers have to offer of all the awesome arcade titles they released thoughout the years.

Especially I fell love with the ones made by SEGA

, as they have leaves an awesome lasting impression in my love-felt imaginations for decade to comes.

This followed closely bu those made by similar companies who also make their names in the arcarde era of gaming, like SNK, Data East, Namco and Capcom.

On reading this of a SEGA

Arcade game that could have exist is going to be make available into the market is enough to get me real pumped up, especially it was under development from the people who bought us the awesome Wonder Boy series that I so love during SEGA Master System

era (also being one of my favorite game consoles).

While I do have understand the circumstances of the unfortunate cancellation, I am still keen in showing a great amount of gratitude and respect for the people working at SEGA

, then and now, as I dearly hold a good deal of great memories of all the wonders they made that so pleased my heart and will continue to do for the years ahead.

With this thrilling title eventually hitting the eShop shelvies, I'll thrilled in arranging a good deal of credits in purchasing a lost gem, as a sign of great gratitude I have for the people who worked with both SEGA

I do really love the suggestion for usable SEGA

sprites for the forums, if we do eventually have to use in our chats, I'll be have great gratitude when that that time come.

I also suggest if possible if we could have some Wonder Boy series' sprites as a means to show great gratitude to how wonderful the Wonder Boy games are.

These are definitely some ones I'm thrilled in seeing going on the forums, awesome effort in placing these available for all to use.

Oh btw. If it's possible could you add a couple more sonic sprites please?

Re: News: The Cancelled 90's Arcade Title, Clockwork Aquario Revives On Current-Gen Consoles Later This Year!
+
June 10th 2020, 3:30 pmOrionJZed
@BurstDashV8 Of course! On behalf of the actually-genuinely-benevolent overseers of WiiWareWave, I'll see what I can scrounge together... but for now, enjoy these sneak-peek placeholders and imagine how they might look:

Re: News: The Cancelled 90's Arcade Title, Clockwork Aquario Revives On Current-Gen Consoles Later This Year!
+
June 17th 2020, 3:51 pmZatchbell
Day one download! This looks like it's going to be a blast!

Re: News: The Cancelled 90's Arcade Title, Clockwork Aquario Revives On Current-Gen Consoles Later This Year!
+
June 17th 2020, 8:36 pmSuperVash
This looks like an amazing lost gem of the arcade era! I will definitely check it out!