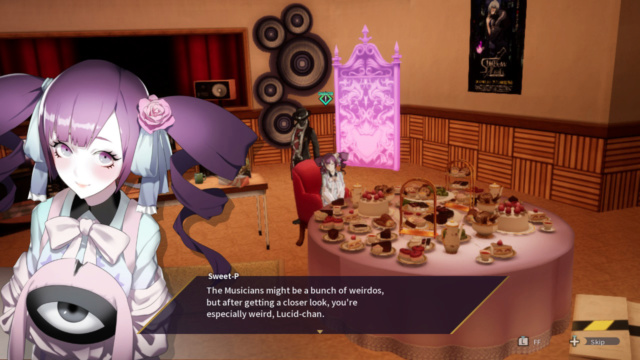 Developed by Aquria and published by NIS America, Caligula Effect: Overdose is a unique JRPG with some pretty interesting concepts, but is this enough to make the game shine? We think so and here's why. 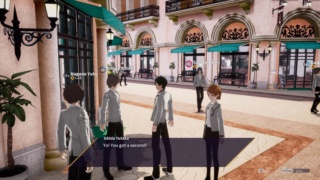 The story in Caligula Effect Overdose is pretty good sci-fi stuff and has an extremely dark tone oftentimes. What caught us off guard were the sheer amount of drastically different directions the story can take depending on your decisions. It's on par with visual novels in this regard which is an oddity amongst JRPG's, but a very welcome one at that.

The gameplay might seem like standard JRPG fare at first, but there is so much depth if you're willing to explore the game's features and learn how to battle utilizing the game's very complex systems. There are a ton of different elements such as using social media and taking quests for students that can help weave the story in Caligula Effect: Overdose. Perhaps the biggest change in the new Overdose version is the inclusion of the-similar-yet-different storyline in the perspective of a female student, while the differences aren't huge there are some varying storyline branches between the male and female student paths. 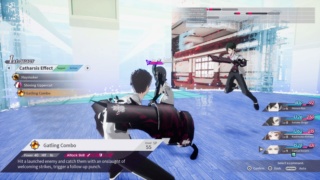 Speaking of the battles they are turn-based in this game, but utilize a unique rock-paper-scissors approach with the skill system, but it's actually deeper then that as your position and the position of the enemies on the battlefield can drastically affect the effectiveness of your skills and the same is true of your enemies who're usually pretty dumb digiheads who don't have a lick of strategy to their attacks or even spam the same action endlessly. These cannon-fodder are usually a breeze to take out, but the named bosses that retain their intelligence can be extremely difficult and require a sound strategy to defeat.

The game is reasonably long and can take 50 hours to beat and the controls are pretty straightforward and easy to learn. The audio-visual presentation is decent as well. The standard graphics outside of the animated cutscenes aren't all that impressive, but they get the job done. The several anime cutscenes in the game are gorgeous however. The soundtrack is quite good, however the lack of English voice acting is quite disappointing. Overall the audio-visual is decent to solid quality. 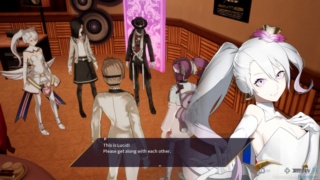 Bottom-Line: With deep and enjoyable gameplay, an excellent branching story, superb controls, and a decent audio-visual presentation, Caligula Effect: Overdose is a good game through-and-through, however the lack of english voice acting was a bit of a letdown. We do recommend this game to older audiences who are fans of the JRPG genre! We give Caligula Effect: Overdose a solid to good level of recommendation!

Re: Review: Caligula Effect Overdose (PS4 Retail)
Wed Mar 13, 2019 4:26 pmTechnicalIssues8
Great review! You answered a lot of questions I had about this game.

Re: Review: Caligula Effect Overdose (PS4 Retail)
Wed Mar 13, 2019 7:44 pmPyrafan7
@TechnicalIssues8 Glad to help out! Thank you all for your comments.

Re: Review: Caligula Effect Overdose (PS4 Retail)
Fri Mar 15, 2019 7:20 pmKenshin A-Go-Go
Great review! I've been a fan since the vita release and I might just double-dip.

Towafan7 wrote:The several anime cutscenes in the game are gorgeous however. The soundtrack is quite good, however the lack of English voice acting is quite disappointing.

For a game with anime visuals, I don't see this as a problem. Then again, I'm the kind of guy who watches anime programs subbed with original Japanese dialogue, so I'm slightly biased, I guess.

Re: Review: Caligula Effect Overdose (PS4 Retail)
Mon Mar 18, 2019 6:25 pmSalsumHawkeye
I wants the game a bit more now but for my switch:silentkiller:

Re: Review: Caligula Effect Overdose (PS4 Retail)
Mon Mar 18, 2019 6:26 pmSalsumHawkeye
I pressed the wrong thumb cause I’m on my phone. So sorry @towafan7! Thumbs up from me.

Re: Review: Caligula Effect Overdose (PS4 Retail)
Tue Mar 19, 2019 8:04 pmPyrafan7
You guys are awesome! Thank you for your continued support!