The End of An Era! 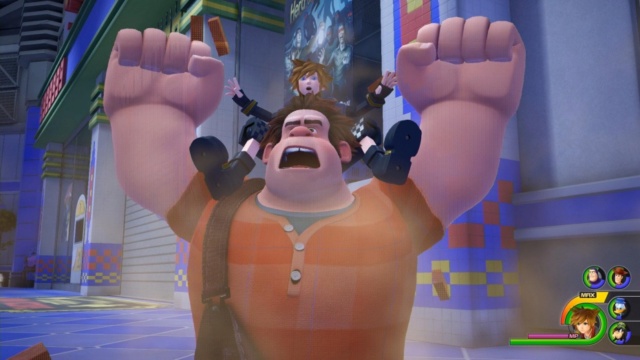 Developed by Square Enix and published By Disney Interactive and Square Enix, Kingdom Hearts III is the final game in Sora's arc in the series, so does the conclusion go out with a bang? We think so, but not for all of the right reasons. Continue reading to find out why we think the game is a good, but flawed ending the epic trilogy. 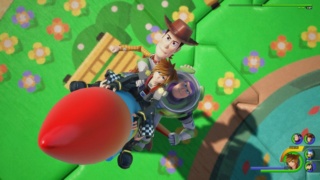 The story in Kingdom Hearts III is decent although some things pan out differently than they really should have based on previous games, such as Organization XIII members who instead of provoking Sora and the gang into fighting them, they instead just provoke the gang and then run away. 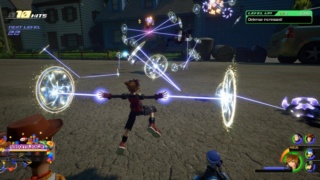 Things actually get worse in the last 10-15 hours of the game as the story shifts focus to the Kingdom Hearts exclusive characters and everything feels like a rushed hot-mess that should have been 30-40 hours worth of story condensed into roughly a third of that time. It really hurts the game's storytelling, however worst of all the ending itself was unnecessary in our opinions and we'll leave it at that as to not spoil anything for you, our loyal viewers. All we can say is that the ending will catch you completely off-guard.

The gameplay is top-notch as expected from a game in the Kingdom Hearts series. The game's famous action-packed combat is back and tweaked to perfection! The battles feel like a combination of the best aspects of the first two main Kingdom Hearts games, plus a few new features such as attraction commands have been added allowing you to summon Disney theme park attractions to deal a tremendous amount of damage to enemies and bosses and in some cases while a gorgeous spectacle, it makes boss battles far too easy to win. 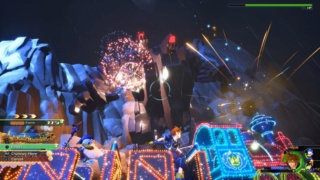 The minigames are kind of disappointing this time around which is rather unfortunate. The Gummi Ship battles are very disappointing as well and can be ridiculously difficult and time-consuming at times to the point of taking a good third of the game's actual length. The controls are pretty easy to learn which is always nice.

The audio-visual presentation is absolutely breathtaking in Kingdom Hearts III, with gorgeous worlds brimming with detail and absolutely gorgeous characters and top-notch special effects. This game is clearly Triple-A through and through, and the soundtrack is amazing as well. 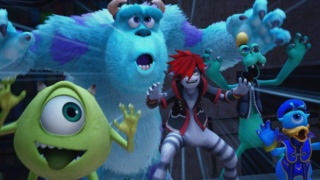 Bottom-Line: With superb gameplay, an amazing audio-visual presentation, and good controls Kingdom Hearts III is a good game that is worth getting if you are a fan of the series or Action-RPG's in general, however a rushed story and terrible ending ruin the experience and the game's somewhat short length doesn't help matters. Overall we do give Kingdom Hearts III for the PS4 a good level of recommendation.

Re: Review: Kingdom Hearts III (PS4 Retail)
March 24th 2019, 10:29 pmAqua Cherry Blossom
I completely agree with your criticisms and yes the ending was simply dreadful. Nice review @Towafan7. You continue to improve as a reviewer lol.

Re: Review: Kingdom Hearts III (PS4 Retail)
March 25th 2019, 12:21 amarmerocks
I agree on most you said except the gummy ship being to hard at times. Honestly i found it to easy. I only edited my ship 3 times and 3rd time was just to get the gumi ship mission finished to creat the last keyblade. And i honestly didnt find it dificult. Also my gummy ship literaly spells the name hinata cause i felt like making one like that xD

Re: Review: Kingdom Hearts III (PS4 Retail)
March 25th 2019, 8:54 pmAnime_Gurl
I hated the lucky emblem quest, but at least it wasn't impossible for me like the Mushroom XIII minigames were in Kingdom Hearts II: Final Mix. ^-^
Wonderful review yet again @Towafan7!

Re: Review: Kingdom Hearts III (PS4 Retail)
March 25th 2019, 9:17 pmTechnicalIssues8
Great review! I haven’t gotten very far in the game, but I agree with what you’ve said about it so far. Great, solid review!

Re: Review: Kingdom Hearts III (PS4 Retail)
March 26th 2019, 5:38 amOrionJZed
@GeekyGamerZack notices everyone with their PS4 consoles, then looks at his Nintendo Switch shelf, before scratching his head with a puzzled look on his face

So...anyone else figured out why Final Fantasy VIII isn't coming to Switch, even though both VII and IX have?

@Towafan7 Holey bottomless pit stain! This review's your most well-written yet!

(Did I seriously just coin the phrase, "holey bottomless pit stain"...? And the nonsense that spills from my mouth like Niagara Falls into the Grand Canyon continues...

Besides, it's been playable on multiple PlayStation consoles, so it's weird that it skipped Nintendo Switch while its PSX brethren are both available right now.

Re: Review: Kingdom Hearts III (PS4 Retail)
March 27th 2019, 7:08 amSalsumHawkeye
That was a cool review and I can see where you're coming from based off of what I've watched of the game so far. I do want to play it so I haven't watched  too much.

Re: Review: Kingdom Hearts III (PS4 Retail)
March 28th 2019, 5:55 pmZatchbell
Great review! I agree that the ending was terrible in fact the worst in video game history in my honest opinion.