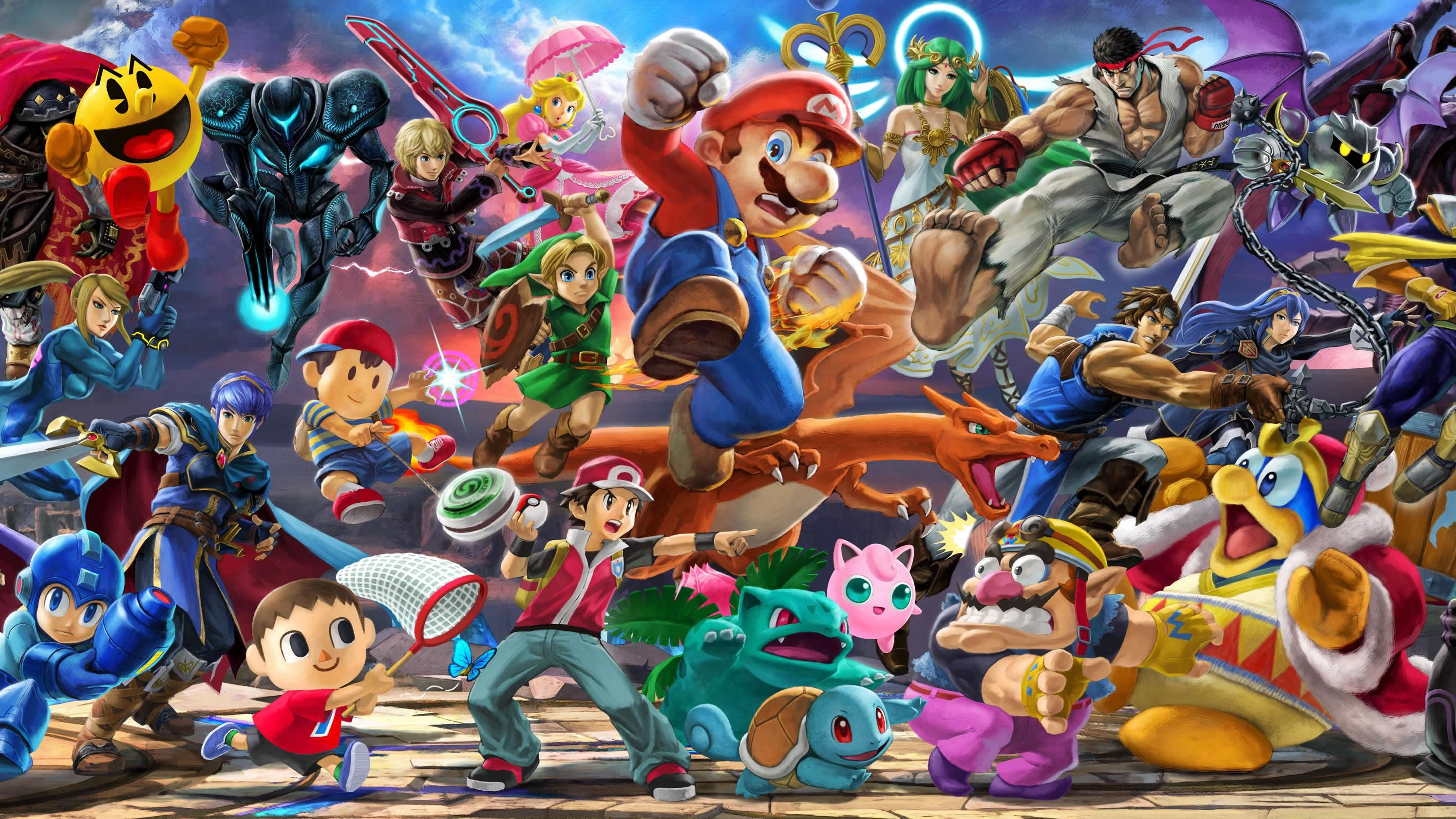 The long-anticipated wait for the game everyone’s been talking about is finally over! Super Smash Brothers Ultimate is finally here, and we got all the fun tidbits for you, along with the down sides to the game. I remember back when Super Smash Brothers Ultimate was first officially announced the whole Nintendo fan was so pumped for this game! As time grew closer, and we all waited in anticipation for the game to be out, little snippets began coming out giving us glimpses and previews into the game without spoiling the game itself. Fast forward some, and now we’re here the game in hands and time to play. 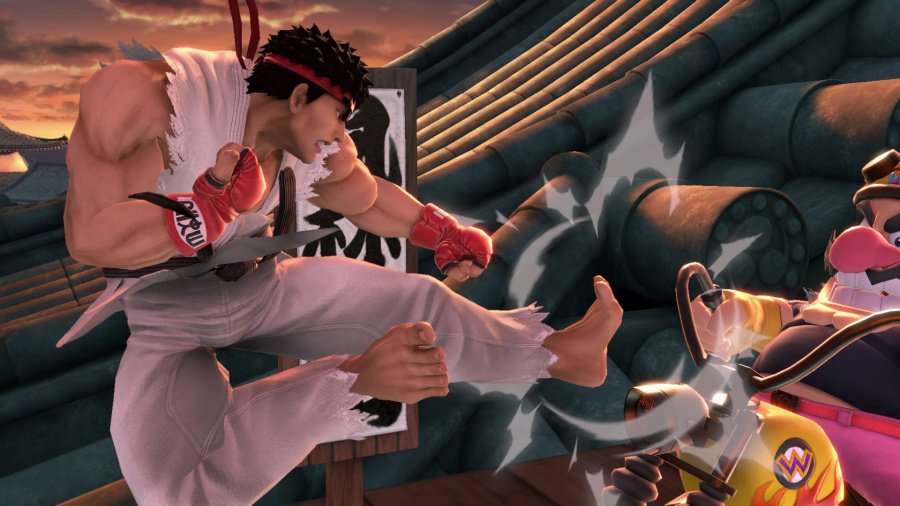 The day this game came out I went out personally after work and picked the game up at my local store. I couldn’t wait to get home and play the story mode/battle my boyfriend in the game. Now I love playing this game, and the upsides include a wide variety of characters from all our favorite game worlds such as: Super Mario Brothers, Fire Emblem, Kirby, and more! Then came the announcement of new characters from the newest games that had taken over our hearts from Nintendo such as: Inklings from Splatoon!

Then there’s the return of some of our favorite classic fighters from past Smash games such as: Ice Climbers, Fox, and many more! The roster for this game is pure amazing and brings in a few new lovable characters even such as: Isabelle from Animal Crossing, Piranha Plant from Super Mario, and shadow fighters such as Daisy or Dark Pit! This game has a fighter for every Nintendo fan’s choosing, and with five more to come the excitement is building up even more! 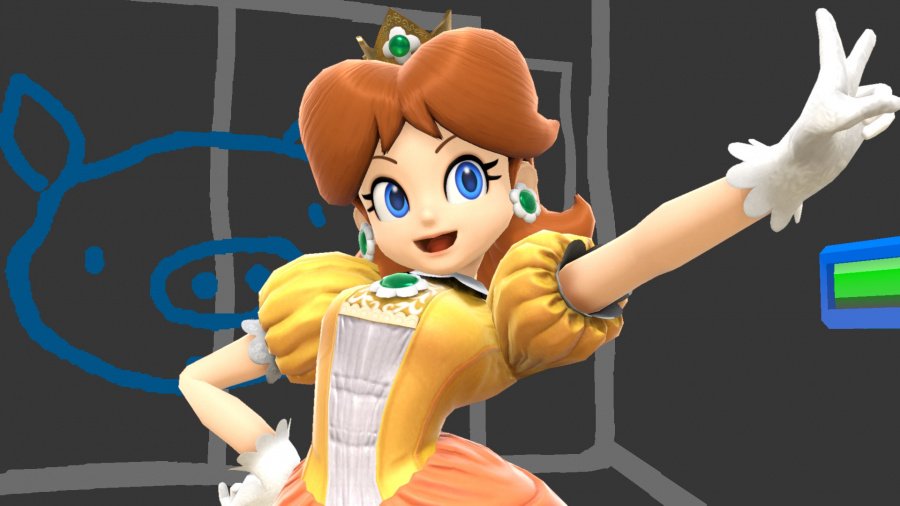 The next positive to this game that I want to bring up is the selection of stages and music have become even larger! We even received some new stages including the beloved “Moray Towers” from Splatoon bringing more lands to wreak havoc on with your friends while slapping each other around for the sake of a good time! In fact, there are over 100 stages to select from taking you to countries and lands both near and far in this game!

Now for the main positive to this game the amazing story mode that comes within the game called “World of Light.” You start out as Kirby being the only character to not be wiped out when the land gets taken over by master hand, and his army of evil hands. From here you must explore the towns/areas around you to defeat the evil shadow forms of your friends that have overtaken their bodies and beat them to bring your friends back to the light. As you travel through your battle you encounter your friends some being the main characters, and others side characters called “spirits” that can enable special abilities that can will help you along your journey to bring all your friends back, and defeat whatever master hand’s evil plan may be before he can put the plan into action fully! It’s up to you and Kirby to bring back the light to the “World of Light!” 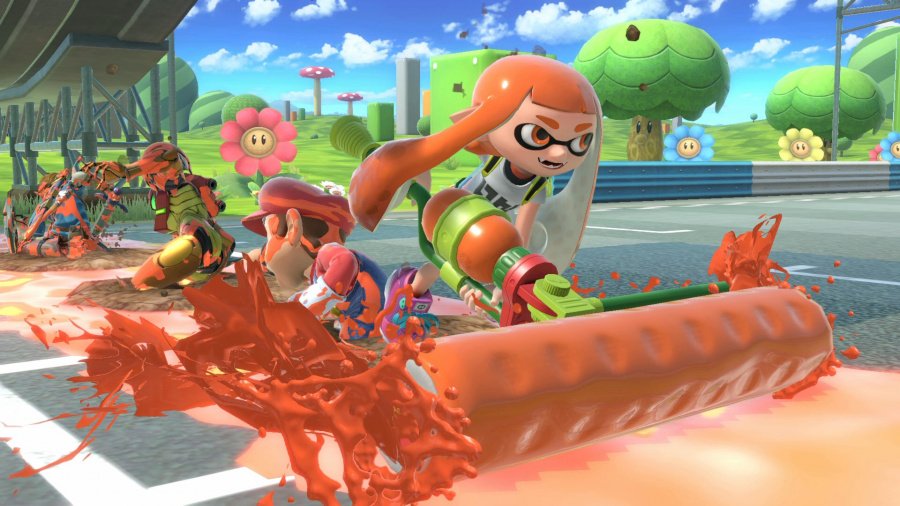 This game seems to have it all from amazing characters, amazing stages, an amazing storyline and music, to the amazing graphics to go along with all of this! Though there are some downsides to any game and one major one that I’ve found comes when you are playing multiplayer! Once in online mode you can choose to smash or spectacle, if you choose to smash you then can choose quickplay or arena’s, in quick play you can choose to go solo or do co-op with a local friend which is great and ensures to bring a good time to any party!

The downside comes if you choose arena mode, in which you can either join a friend’s arena or make your own for the fun! Once you are inside the arena you choose your character and set up, but you can only play one player inside arena there is no option for local or online co-op in arena mode. This is a downfall as if you have two people together and then want to play with online friends you must take turns battling because there is no other option right now. Will this be fixed in the future? It’s hard to say, but I know that I sure hope so. 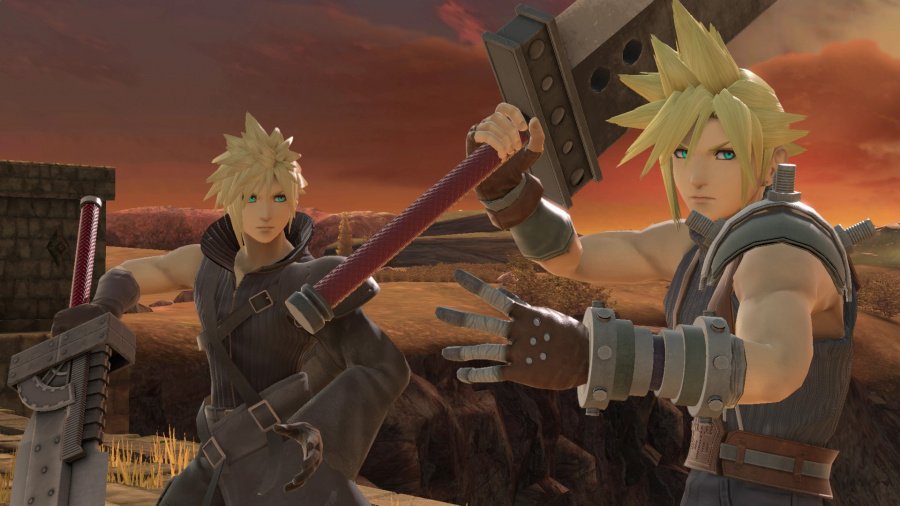 Wrapping this all up here are the key notes for this game:

Wide roster of characters and stages, wide selection of music, great graphics, and makes fun for most parties!

Multiplayer is limited to quickplay for now, and controls can be a bit tricky compared to past games

Some things we did not touch on but may be cool to know:

- Spirits can be used in multiplayer if wanted
- There is an amazing story mode
- Five new fighters are still to come but must be paid for via DLC and only one has been officially announced so far!

Re: Review: Super Smash Bros. Ultimate (Switch Retail)
+
January 15th 2019, 9:38 pmOrionJZed
I've been playing this so much since release that I'm starting to feel bad for neglecting my other Switch games.

Re: Review: Super Smash Bros. Ultimate (Switch Retail)
+
January 15th 2019, 9:52 pmunrealgamergirl
@GeekyGamerZack same I feel like Splatoon feels neglected now. Dx I played some Overcooked on stream tonight with gamergy tho! Smash is amazing though, love so many characters move sets already. World of light is really fun too!

I've gotten especially creative with some of my Mii Fighters, as well, such as using the Builder Mario costume to create Foreman Spike from Wrecking Crew, and I also used the Fox costume (minus the hat) to create James McCloud in his F-Zero portrayal. Even Squigley and Squilma (from Squigley no Densetsu) make an appearance!

Re: Review: Super Smash Bros. Ultimate (Switch Retail)
+
January 16th 2019, 8:00 pmunrealgamergirl
@GeekyGamerZach I wonder if we could make mii fighters of Callie and Marie or Pearl and Marina

haha Gamergy is so pumped for Rex to be in even as a mii fighter!

@Reanfan Thank you! I was nervous as this was my first official review o.o !

Re: Review: Super Smash Bros. Ultimate (Switch Retail)
+
January 16th 2019, 8:18 pmKeAfan7
@unrealgamergirl Who's your favorite character in Smash? I'd say mine is Shulk-Time.

Re: Review: Super Smash Bros. Ultimate (Switch Retail)
+
January 16th 2019, 8:25 pmOrionJZed
@Reanfan @unrealgamergirl Someone should petition Nintendo to add Squika as a DLC fighter! Oh, and there should totes be a Heartful-Ghostless Mii Fighter costume!

Re: Review: Super Smash Bros. Ultimate (Switch Retail)
+
January 16th 2019, 9:05 pmunrealgamergirl
@RWBY_Red sounds like a plan! Warning I am still getting used to not using the gamepad so I tend to fall off stages o.o xD hmm that's a toughy so far my mains have been Kirby and Pokemon Trainer with a bit of Ice Climbers

that could be interesting!

Re: Review: Super Smash Bros. Ultimate (Switch Retail)
+
February 6th 2019, 11:59 amKeAfan7
@UnrealGamerGirl Way to go! Your review is now one of our top 20 most commented on reviews! You rock!

I feel honored, thank you!