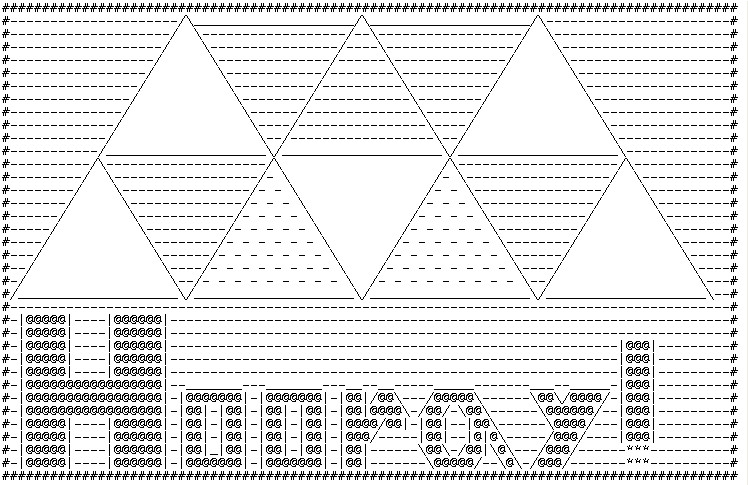 @Ichigofan: Will be open world and will feature item crafting and weapon forging and more...

@Ichigofan: Will have four main dungeons and over 100 challenge shrines to tackle...

@Ichigofan: Visually it's nowhere near as impressive as Xenoblade Chronicles X...

@Clαππαd: I can confirm that the game has voice acting, but don't worry Link's still silent.

@Clαππαd: The soundtrack is very mellow as it plays in the background.

@Clαππαd: There is no character customization or gender choice for the latest Zelda game.

@FuManchu: There are 100's of tools and weapons that can be found and upgraded in the game.

@FuManchu: Food can be found and crafted and is used to boost hp, stats such as attack and defense, or add special effects such as heart regeneration and more.

@Amufungal: You can scan your Wolf Link Amiibo to add him to the game as a partner to help find treasure, hunt wildlife, and battle.

@Amufungal: Wolf Link will be as strong as his TP equivalence if you have Twilight Princess HD save data present within the Amiibo.

Re: E3: Semi-Live Blog Our Opinions of Nintendo's Treehouse Broadcast (Day 1)
on June 16th 2016, 1:46 pmToughGamer
I have mixed feelings about TLoZ:BoTW. The game looks good, but it can hardly be classified as a Zelda game.

Re: E3: Semi-Live Blog Our Opinions of Nintendo's Treehouse Broadcast (Day 1)
on June 16th 2016, 2:16 pmTowafan7
@ToughGamer I completely agree. Hopefully this is more of a spin-off rather than a mainstream Zelda game as this just feels off. Also what the heck? The scale of the game is every bit as epic as Xenoblade Chronicles X, but visually it doesn't look much better than a Wii title. Of course I know the Wii couldn't handle such a big world, but the aesthetics are really outdated.

Re: E3: Semi-Live Blog Our Opinions of Nintendo's Treehouse Broadcast (Day 1)
on June 18th 2016, 7:12 amSKTTR
For me it feels closer to the original NES The Legend of Zelda than any other Zelda game. That's probably because the very first Zelda game was "open world" from the moment you began controlling the hero, every direction takes you somewhere and the overworld had no real barriers. I guess you could access 90% of it right from the bat and in Breath of the Wild it's very similar.

As for changes, there are so many but are they good? I think yes!

- The energy meter is still made of hearts (classic 3 hearts at the beginning), but you won't find any heart items. Instead you pick up items like shrooms, apples, moblin roast, etc. that you can eat to refill your hearts. They are marked with a heart-icon. I think that is quite interesting and makes the adventure more realistic, diverse and immersive. It brings the meat item back from the original TLOZ as well. ^^ The iconic hearts are not completely lost, just transformed into something else, for a change.

- You can jump with the press of a button. Link always jumped automatically, except for some handheld adventures where he needed the feather item to jump. Now that the jump can be used when it's needed, the world is designed differently. Giving Link the ability to jump anytime is just one step to more freedom.

- You can now run with the press of a button. Back then Link needed the Pegasus Boots. Now it's a better version of the stamina meter that was introduced in Skyward Sword. Again, it's not just needed to run, but also to climb.

- Climbing is one of the big things now. Back then you had to find grapple claws or hookshots to grab onto vines and stuff, now Link is a professional climber. He can climb JUST EVERYTHING! What was reserved for special surfaces back then is now completely removed. Any wall, house, mountain, any object or structure, even every tree in the game is climbable! Link doesn't need any item to climb, but he needs to watch his stamina meter. He can also leap into any direction which costs more stamina. Walls are no longer barriers. The only barrier is the end of the world way beyond the horizon, probably somewhere in the ocean! ^^

- Trees. Some trees have apples. You can jump to get them, you can climb them to get them, or you can axe them to get them - with any weapon that you find. As you chop down a tree you can use the log to make a bridge, roll it around, or you axe that log to get wood for crafting. Every tree in this game is a resource. The same can be said for boulders: You can roll them around, climb them, or blow them up, etc. Objects have more purpose and usefulness now.

- Crafting. They kept most of it a secret. And I don't want to know about it either. I want the hunter and collector part not to be spoiled. From what is seen it's an upgraded version of the forging in Skyward Sword with many more options, and not just for weapons but many items as well.

- Physics. Objects, enemies, NPC animations, fire, wind, weather, force, everything plays into the physics of the game for the first time in a Zelda game ever. There are also new magnetic, riding, and flying physics. Roll a boulder down a hill to destroy a moblin camp, or set a field on fire with a torch.

- Bombs. From what I know you start with them. Of course everything needed to be changed so the bombs needed a change as well. They are remote bombs! Isn't that great? You can make them explode when you want them. And you can switch between classic spherical bombs and bombs in a new boxed format (they don't roll away!!). Oh, and if you think that change isn't great enough: you have unlimited bombs! You basically get the most giant bomb bag instantly! Welcome to the future, you just need to wait a few seconds for another bomb to reload once you blow one up.

- Weapons. You pick them up from enemies, like in Wind Waker, but you keep them this time. And you can sell them for rupees. Much like hearts, rupees aren't out there in the fields as a reward for cutting grass or defeating enemies. You have to sell stuff you don't need to make some money. As for weapons you can find a sword and shield and bows and arrows, and clubs and spears early on by defeating the enemies who have them equipped.

- Epicness. 100 shrines (mini dungeons) and 4 temples (main dungeons), plus that vast overworld.
I'm gonna 101%ing this game so much.

- Your partner, the Wolf. With the Wolf Link amiibo you get your own tame wolf pet party member that attacks enemies, hunts prey, and finds secrets. Makes that amiibo much more worthwhile than in Twilight Princess HD and Super Mario Maker. There are 3 more TLOZ Breath of the Wild amiibo in production: Link (Archer), Link (Epona), and Guardian, the second biggest amiibo ever (after Mega Yarn Yoshi) but the first one with moveable parts! What are they used for? I mean the amiibos, in-game! I don't know, but I hope it's something as neat as Wolf Link, and not something like "refill your arrows once per day" or "call Epona instantly". For that matter, I also hope that the five Smash Bros. series Zelda-amiibos Link, Zelda, Ganondorf, Shiek, and Toon Link also get some fun use!


- As for graphics, I've seen people thinking the world is empty, but the graphics engine only shows objects and details in a certain radius, not to mention we have only seen the first area of the game, a grassy plateau for beginners with at least 2 shrines,  not to mention the quality of the physics and the 1080p Full HD and the super fluid framerate it's running on.
The characters and animations, weather and fire, and day/night cycles look better than ever and everything around Link is fully detailed, it's only when you watch over to the far distance that you could think the world is empty. But once you get closer to that place all the details, creatures, small objects, and trees fade in.
Nintendo is cooperating with Monolithsoft on this and it looks like it's running on a modified upgraded Xenoblade Chronicles X engine. XenoX really showed what can be done on Wii U (and was fantastic because of it). Zelda is a graphical highlight as well and will only get even more beautiful as Nintendo and Monolithsoft are still working on it.

Re: E3: Semi-Live Blog Our Opinions of Nintendo's Treehouse Broadcast (Day 1)
on June 18th 2016, 11:06 amTowafan7
@SKTTR I couldn't disagree more about the Amiibo. I feel Nintendo is now locking too much away behind an Amiibo paywall. They really need to find a balance...