News: Action-RPG Sadame Should Be Hitting The North American And European 3DS eShops This Month!

News: Action-RPG Sadame Should Be Hitting The North American And European 3DS eShops This Month! 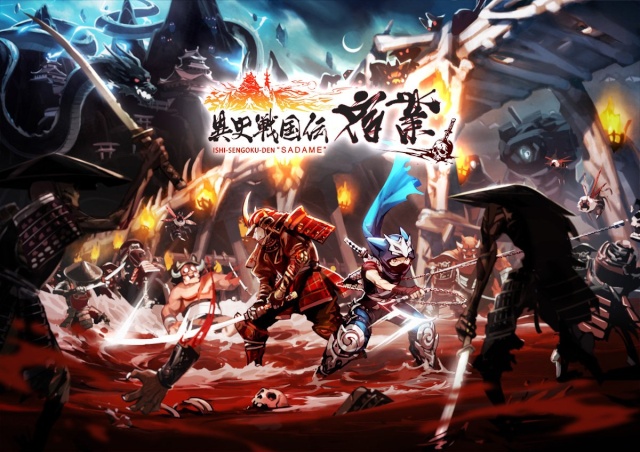 The well known mid-sized developer Rising Star Games has confirmed that they will be localizing the 3DS action-RPG Sadame for the North American and European regions! Here's the official overview of the game:

Official Overview wrote:Translating simply as 'fate', four warriors are called to battle with a whirl of swords, spells and mysterious arcane abilities in this fast-paced hack-'n-slash adventure. Cut a swathe through waves of demons as you battle against the vivid backdrop of a reimagined Warring States period of Japan.

Players guide their chosen hero through dozens of stages, facing an onslaught of over twenty enormous bosses, collecting loot, enhancing their equipment and levelling up with new abilities with which to punish and slay Nobunaga's hordes.

Choose from the sword-wielding Samurai; the ranged and stealthy Ninja; the spell-slinging Monk or the enchanting witchery of the Rogue. Each of the four playable heroes has a distinct story and gameplay style with their own abilities and skills to explore and enhance.

However, as loot is shared between multiple save files and previously created heroes can be set to assist new ones in battle – not to mention the branching paths offered by the story – Sadame offers a huge amount of replay value.

Sadame is said to feature four characters that each have a completely unique fighting style as well as interesting use of the Streetpass feature! The game will be hitting the 3DS eShop in North America and Europe on February 25th!

Be sure to checkout the official trailer of the game and as always feel free to leave us your thoughts in our comments section below!

Re: News: Action-RPG Sadame Should Be Hitting The North American And European 3DS eShops This Month!
+
February 15th 2016, 1:02 pmLizofDoom
This game looks good. I'll probably download it when it releases in my region!

Re: News: Action-RPG Sadame Should Be Hitting The North American And European 3DS eShops This Month!
+
February 16th 2016, 12:22 amClαππαd
This year truly is turning into a year filled to the brim with rpg's on Nintendo consoles.