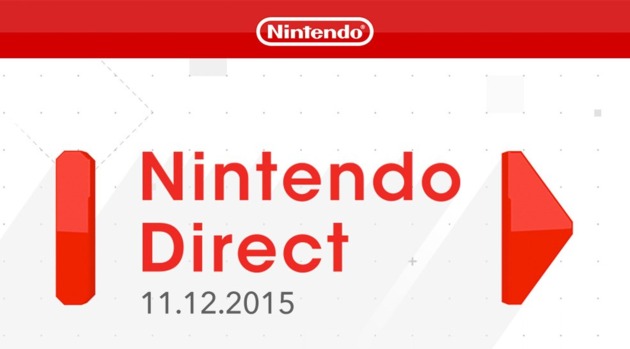 Nintendo has finally announced their next Nintendo Direct which will be covering upcoming 3DS and Wii U titles! With the rumoured Zelda: Twilight Princess HD there could be some available after the direct content!

We will broadcast the Nintendo Direct live just above our chatbox! Are you excited about this upcoming Nintendo Direct? And what games do you think will be showcased or announced in the broadcast? Let us know in our comments below!

Re: ND: The Next Nintendo Direct Goes Live Thursday November 12th!
+
November 10th 2015, 8:41 pmKokorOtaku
Nintendo Badge Arcade is out in NA now... I was expecting it to be an "after direct" moment

I will definitely join the chatbox during the direct!

Re: ND: The Next Nintendo Direct Goes Live Thursday November 12th!
+
November 11th 2015, 1:53 pmKokorOtaku
sadly i have to work when its live.... I hope I can watch it without there being anything spoiled

Re: ND: The Next Nintendo Direct Goes Live Thursday November 12th!
+
November 11th 2015, 3:04 pmOrionJZed
I'll be in the chatbox as well, but I should really watch the European Direct rather than the NA one.

Ichigofan wrote:Could you please write a recap article for the European Nintendo Direct broadcast? Thanks in advance!

Sure thing! I'm a little busy - not to mention exhausted - at the moment, but I'll throw one together once I regain my composure.