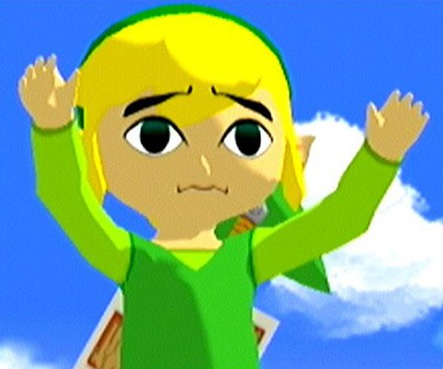 Updated info: Zelda Wii U will not be shown at E3. From Aonuma's Miiverse post: "As I said in the video, we would like to take this time so we can bring you a very special experience, by making the ultimate Zelda game. Since we'd like to focus on developing the game we've decided not to show the game at this year's E3.

The producer of The Legend of Zelda, Eiji Aonuma, has just released a short video message on Nintendo of Europe's Youtube channel. In this message, Aonuma says, "So, I must apologize to all of you who were expecting the game by year's end, but we are no longer making a 2015 release our number one priority." This hints at an inevitable delay which Nintendo fans are used to.

But no worry, Aonuma promises that it will be worth the wait. Aonuma says, "The directors and many members of the development team have been working hard on developing the game. In the last three months, as the team has experienced first-hand the freedom of exploration that hasn't existed in any Zelda game to date, we have discovered several new possibilities for this game. As we have worked to turn these possibilities into reality, new ideas have continued to spring forth, and it now feels like we have the potential to create something that exceeds my own expectations."

While Nintendo didn't straight-up say that we won't get Zelda Wii U in 2015, it hints at a very likely delay; but as any Nintendo fan knows, it's always worth the wait.

The video in question is below

Re: Zelda producer suggests chance of Zelda Wii U not releasing in 2015
on March 27th 2015, 7:58 pmTowafan7
Thanks for posting this! For some reason the video isn't loading for me though.

Re: Zelda producer suggests chance of Zelda Wii U not releasing in 2015
on March 27th 2015, 8:28 pmGeekyGamerJack
Message reputation : 100% (1 vote)
Eh, I don't mind waiting, especially if it means a much higher quality experience.

Re: Zelda producer suggests chance of Zelda Wii U not releasing in 2015
on March 28th 2015, 12:13 amAqua Cherry Blossom
I just hope that Nintendo has some new games to announce for later this year because both the 3DS and Wii U release schedules are excruciatingly barren for the remainder of 2015 lol.

Re: Zelda producer suggests chance of Zelda Wii U not releasing in 2015
on March 28th 2015, 1:37 amGeekyGamerJack
This just in: upcoming Nintendo Direct reveals new F-Zero! New Metroid! New StarTropics! Well, maybe not that last one, but we got Kid Icarus: Uprising, so anything's possible.

Also, we're still due quite a lot this year. Yoshi's Woolly World, Mario Maker, Code Name: S.T.E.A.M., Nintendo 64 games on Wii U proper, not to mention more content such as new amiibo, the other Mario Kart 8 expansion and a brand-new successor to Club Nintendo.

Re: Zelda producer suggests chance of Zelda Wii U not releasing in 2015
Sponsored content
Permissions in this forum:
You cannot reply to topics in this forum