eshop: Pushmo World Announced For Wii U eshop And Will Release In NA, EU, And JP On June 19th

eshop: Pushmo World Announced For Wii U eshop And Will Release In NA, EU, And JP On June 19th

Message reputation : 100% (3 votes)
Pushing blocks has never been so fun 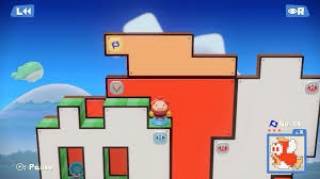 Nintendo has announced that a sequel to the 3DS eshop title Pushmo/Crashmo will be released on June 19th exclusively on the Wii U eshop in North America, Japan, and Europe and Nintendo of America did send a press release this morning to the general media detailing the game and temporary discounts for the 3DS titles in the series! Shown below is the official press release.


For the first time, a game in the critically acclaimed Pushmo series is coming to a home console. On June 19, Pushmo World will launch exclusively in the Nintendo eShop on Wii U at a price of $9.99. Like Nintendo 3DS games Pushmo and Crashmo before it, Pushmo World finds players pushing, pulling and climbing blocks to solve a collection of more than 250 new puzzles. What separates Pushmo World from the other games in the series, besides the crisp and colorful HD graphics and original puzzles, is the addition of World Pushmo Fair, an in-game hub that gives players an easy way to share and download new puzzles. To celebrate the upcoming launch of Pushmo World, Nintendo is holding a special price promotion event in which Pushmo and Crashmo will be available at discounted prices starting May 28 and running through June 13 in the Nintendo eShop on Nintendo 3DS.

Players of all ages will easily fall in love with Pushmo World. The cute, playful characters like Mallo and Papa Blox will appeal to kids, while the satisfying puzzle-based game play will be a treat for longtime gamers looking for a challenge. In the game, players are tasked with solving three-dimensional block-based puzzles by moving blocks to climb to the top of structures. As the game progresses, the puzzles get larger and more complex, with some massive, screen-filling creations resembling familiar objects, animals and even classic Nintendo characters.

Pushmo World introduces a collection of training levels that players can use to hone their puzzle-climbing skills. The game also features a time-rewind option that lets players undo mistakes. This forgiving feature rewards players for being smart thinkers, rather than forcing them to restart a complex puzzle for making a hasty move. Being stumped won’t stop the fun: If players are stuck on a particularly tough puzzle, they can skip ahead to the next one.

In addition to the numerous puzzles included in the game, Pushmo World features almost endless replay value by letting players create their own puzzles using a selection of tools in Pushmo Studio. Once completed and solved by the creator, the puzzles created in Pushmo Studio can be shared using multiple options: Players can use the built-in QR Code generator to create QR Code patterns for each puzzle they create, or they can send their custom puzzles to the World Pushmo Fair, where players from all around the world with broadband Internet access can play and rate them. Players can also browse the fair to play and collect puzzles created by other players around the world.

“Pushmo and Crashmo are two of the most well-received games ever released exclusively in the Nintendo eShop on Nintendo 3DS,” said Scott Moffitt, Nintendo of America’s executive vice president of Sales & Marketing. “Pushmo World makes it easy for players to create and share their own puzzles, and it’s a joy to experience Mallo’s colorful world in HD for the first time.”

Re: eshop: Pushmo World Announced For Wii U eshop And Will Release In NA, EU, And JP On June 19th
on May 28th 2014, 6:27 pmGuest
I loved the original Pushmo for the 3DS and I can't wait to play the sequel on my Wii U!

Re: eshop: Pushmo World Announced For Wii U eshop And Will Release In NA, EU, And JP On June 19th
on May 28th 2014, 6:52 pmAqua Cherry Blossom
This is wonderful news lol.