A Friendly Interview With A Talented One Person Developer! 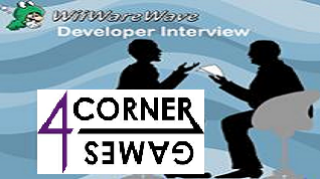 We recently had the chance to interview the owner of 4 Corner Games Syrenne McNulty who is currently developing the Wii U eshop exclusive title I've Got To Run! A platforming title in the runner sub-genre with randomly generated levels and focus on obtaining the highest possible score! The interview didn't reveal anything that wasn't already known, but it should still be an enjoyable read. So without any further delay here is our interview! 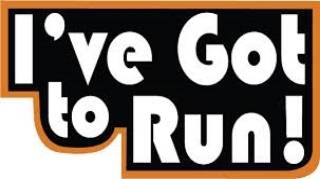 Hello! Thanks for taking time out of your busy schedule to answer our questions!

What inspired you to become a game developer?

[4CG]: Originally? I just wanted to see what I could do. Then I started prototyping for several years.

Why have you decided to release I've Got To Run! exclusively for the Wii U?

[4CG]: Because the game fits the platform, some of Nintendo's business practices of late have been very indie-friendly, and because I enjoy Nintendo platforms in general.

What kind of features will separate this game from other Runner titles such as Bit.Trip Runner and 2 Fast 4 Gnomz?

[4CG]: The games are very dissimilar. BIT.TRIP RUNNER is a level based rhythm game in the form of an autorunning platformer, where the goal is to collect items and get to the end of the stage. 2 Fast 4 Gnomz is also broken into a collecting level-based game. I've Got to Run!, however, is endless, procedurally generated, and is based on high scores. I've Got to Run!, while also a "runner", is not like the other two provided examples. 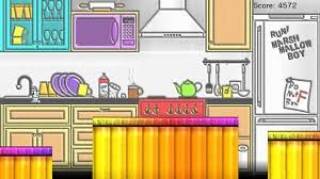 Is there anything new that you can reveal to us about your upcoming title?

[4CG]: Not really - I've announced just about everything I'm going to announce already, sorry. The information as far as what you're getting by downloading the game day one is already out there, and the rest of the information (unlockables, future plans, etc.) are being kept under wraps. Sorry!

How long has it taken you to develop I've Got To Run! so far?

[4CG]: I prototyped it in 4 days in September, then continued development into what it is now from October to March, so about 5 or 6 months.

We know the game is scheduled to be released in Q2 of this year, but is there a particular date that you hope to have the game out by?

[4CG]: As soon as possible. What I hope for isn't really indicative of anything at all, but in a dream world where I controlled everything, it'd be out prior to Mario Kart 8. 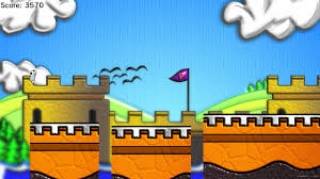 What do you think of the Wii U eshop?

[4CG]: It's a step in the right direction, but is still a pain in the butt. As compared to all of Nintendo's other digital stores, it's by far and away the best, and provides equal placement and treatment to indie developers and AAA developers. However, the fact remains that as a consumer, it bothers me that when I press the icon, it can anywhere from 8-15 seconds before I'm on the home page, whereas on other platforms (PlayStation Network, Steam, Xbox One), a 5 second wait is indicative of a problem.

Do you have any plans of releasing dlc or another title on the service if your game sells well enough?

[4CG]: I've announced plans for DLC, yes. I might bring another title, depending on sales and what the game ends up becoming. My next game will probably follow a more traditional development path, and probably won't be programmed in HTML5.

What do you think of the Miiverse network for 3DS and Wii U?

[4CG]: I don't have experience from the perspective of a developer yet, but as a user, I personally rarely use it. Easier access to threads, topics, subgroups, increased on-topic moderation, and faster access (especially from the Nintendo 3DS) are all things I'd like to see some day.

Your game looks amazing so far for a game built with the Nintendo Web Framework, was it difficult to accomplish?

[4CG]: Thank you! No, it really wasn't. I made the game just as I'd like in HTML5, which is a language that can handle a lot, and then just used Nintendo's middleware to package it together. It was easier than you'd expect!

That's all for today, thanks for the interview! We hope to have the opportunity to interview you again at some point in the future!

[4CG]: I have an announcement that I might make around E3 time that might prompt a new interview

Have a great day!

Re: Feature: Developer's Interview With Syrenne McNulty From 4 Corner Games!
April 29th 2014, 7:16 pmTowafan7
No comments yet?

Re: Feature: Developer's Interview With Syrenne McNulty From 4 Corner Games!
April 29th 2014, 8:52 pmTech101
The interview was well done I'm just not really interested in the game, sorry. I've got too many others that interest me much more then this. It and other runner games are just not my style.

Re: Feature: Developer's Interview With Syrenne McNulty From 4 Corner Games!
April 30th 2014, 4:39 pmTowafan7
It looks like site activity is down because the Wii browser and Firefox/IE are experiencing issues with 404 errors on the site. Anyways I'm also interested in her announcement.

Re: Feature: Developer's Interview With Syrenne McNulty From 4 Corner Games!
May 1st 2014, 2:53 pmStaroceancrazy
The game might be worth checking out if it's not too expensive