Batman: Arkham Origins DLC Has Been Cancelled On The Wii U.

Batman: Arkham Origins DLC Has Been Cancelled On The Wii U.

The Joker Gets The Last Laugh! 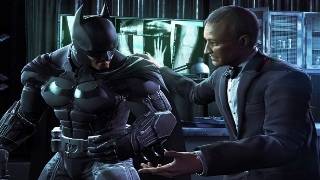 Those of you who own a Wii U and purchased the season pass for Batman: Arkham Origins will be disappointed to hear that the new campaign DLC has been cancelled by Warner Bros. Games supposedly due to the poor install base of the Wii U console. Nintendo has quickly acted to reimberse everyone who purchased the season pass by refunding the $19.99 plus tax as eshop credit!

Edited by an admin for the reason: Please don't use the four letter s profanity or F bombs we have many young members and viewers.

Re: Batman: Arkham Origins DLC Has Been Cancelled On The Wii U.
on February 1st 2014, 10:46 amTowafan7
@KingreX32 Dude be careful what you say, we have young kids who view these pages, I'm pretty lenient, but the S bombs and F bombs are a no-no.