The Nintendo Wii wasn't a very powerful console, in fact it was so underpowered that most of the blockbuster Triple A titles released during the Seventh generation never found their way to the console. Games like Assassins Creed, Saints Row, GTA4, Batman Arkham Asylum and Batman Arkham City are examples of games that just could not work on the console, and because of that Wii owners missed out. Luckily for Nintendo gamers the WiiU is here to turn that around, as evidenced by the fact that these titles are now appearing on, or will be available for the WiiU. 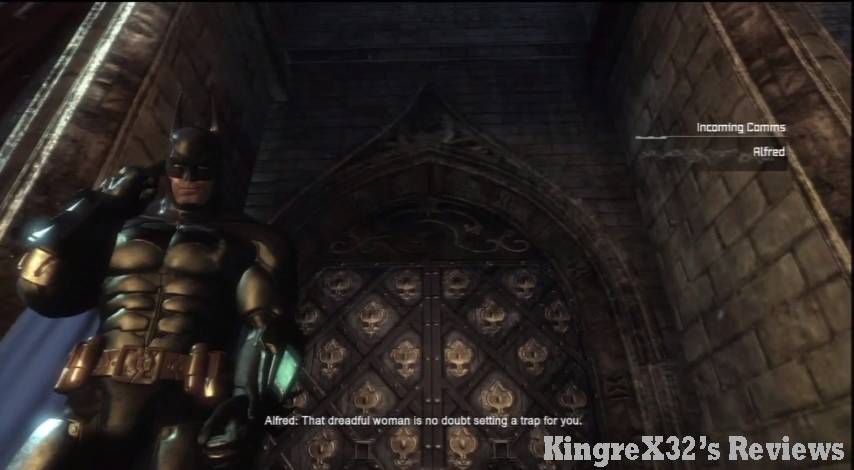 Batman Arkham City is the sequel to 2009s Batman Arkham Asylum, it was developed by Rocksteady Studious and published by Warner Bros Interactive Entertainment. It was released on November 18th 2012 for the WiiU.

A controversial new prison has opened up at the heart of Gotham, Arkham City; wardened by the mysterious and brutal Hugo Strange. Scores of Political figures and prominent Gotham Residences (Bruce Wayne Included) who protested the prisons opening are all thrown inside.Now it's up to Batman to figure out the mystery behind Arkham City's opening, and stop Hugo Strange from commencing Protocol 10. 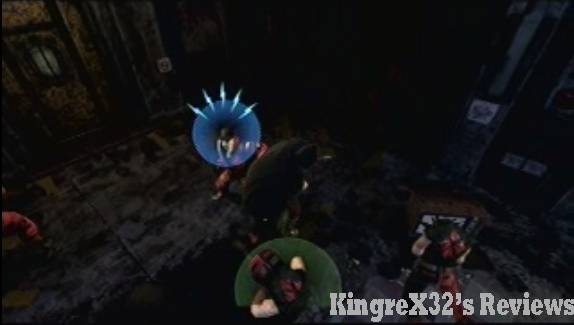 Batman Arkham City Armoured Edition is largely the same game it was on the other consoles, obviously with the WiiU there are various features added that play to the systems strengths. Using the WiiU's unique controller players will always have the map at their finger tips, along with quick access to Batman’s inventory of weapons and equipment. The Gamepad is also used for hacking in game locks, scanning evidence and radio frequencies, listening in on badguys, detonating explosive gel and much more; the Gamepad is comparable to the Arm Computer on Batman's suit as it functions in a similar way. Armoured Edition also supports Off-TV play; if someone wants to use the TV the game can be played entirely from the gamepad. Outside these few things, the gamepad doesn't offer much in the way of revolutionizing the way the game is played. 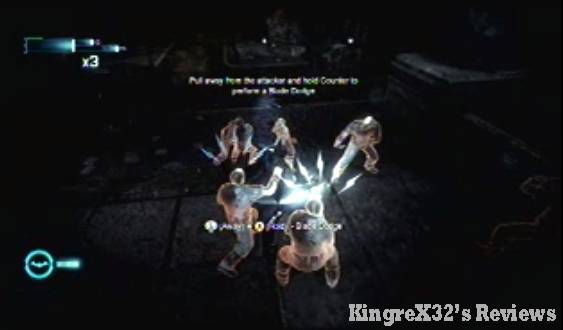 Another new feature in the game is the inclusion of B.A.T. Mode (Battle Armoured Tech); while fighting enemies Batman builds up Kinetic energy in his suit, B.A.T mode is a way to release this energy if you are ever in a tight spot; when activated Batman becomes twice as strong and moves a little bit faster, in this mode you don't have to use "Beatdown" to defeat enemies in Armour. B.A.T mode doesn't last long and Batman can still take damage while in it. 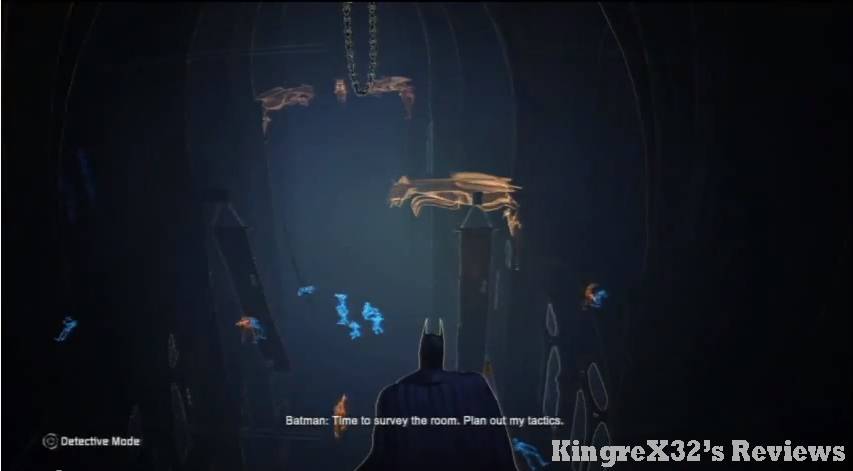 Even though Batman is Tough, sometimes you have no choice but to call in B.A.T mode you give you that extra little push, enemies in the game are tough and will use tactics to gang up on you. Throughout the game you will encounter badguys, armed with guns or shock stick, shields or decked out in Body armour, though Batman is versed in numerous forms of martial arts using stealth rather than beating up everyone you see is sometimes smarter. Through the use of detective mode gamers can pinpoint where enemies are in the environment, and take them out accordingly. In Arkham City, Detective Mode it is an augmented reality/X-ray vision mode where you can see where enemies are in the environment (even behind walls), scan for evidence, see secret paths, and locate weak walls or floors. Detective mode will become your friend as there are many points in the game that require it. If you prefer to throwdown with the badguys and are opposed to stealth, Arkham City features a "Freeflow combat system" in a fight Batman will automatically jump to the nearest threat and take them out, this system also includes "Blocks" and "Counters" as spamming the attack button will end up getting you killed. The fights are fluid, fast paced and very cinematic. 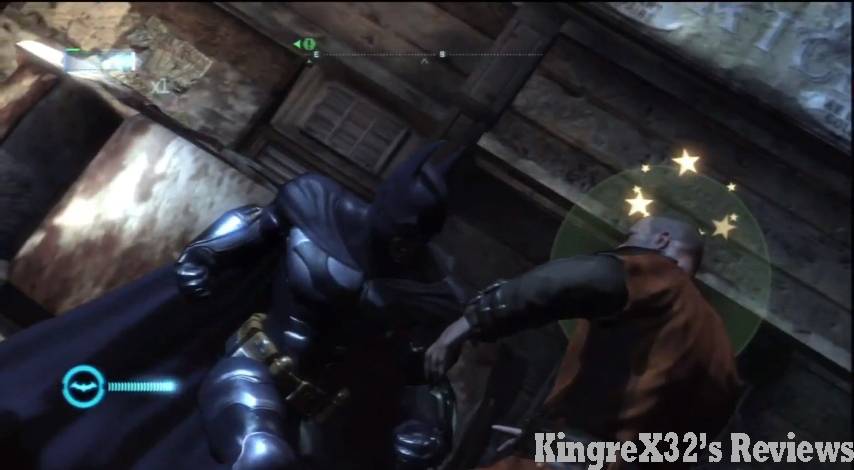 Another great feature for Armoured Edition is the inclusion of all the DLC released in Arkham City Game of the Year edition, That's right WiiU owners, we have all the DLC released for the Game on the disk, this includes "Harley Quinns Revenge", the Robin, Nightwing and Catwoman packs and numerous Batman skins. The WiiU version however did not get the Download code for Batman Year One. Lastly the game is awesome length, the Story mode id about 10 to 15 hours, but when you include all the side quests, Riddler trophies, challenges and Robin and Harley Quinn DLCs, you’re looking at a game that lasts over 40 hours. 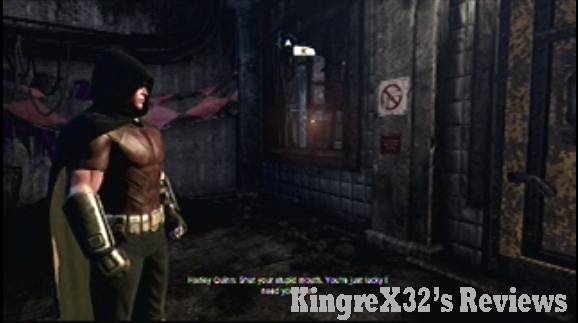 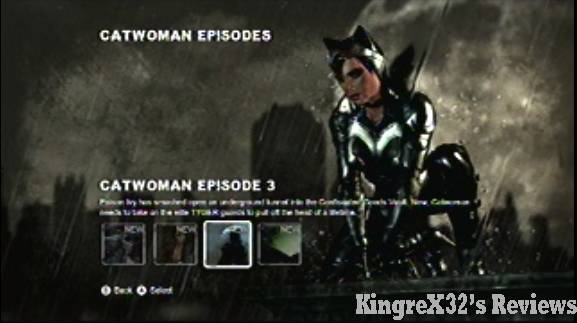 Graphics Wise Armoured Edition looked amazing, my only grips would be that Batman, and Catwomans suits looked too glossy. I would expect after hours of beating up badguys, my suit would look a little worn and a little dirty. It’s more a trivial complaint than a major issue. Gameplay Wise, Arkham City is a massive open world game, when you're not beating up badguys, or scaring them half to death, you are looking for clues and hacking locks. The game doesn't feel boring or repetitive, and that's a great thing. Control Wise, as you would have guessed you are using the WiiU gamepad. It's sad though that there is no support for the Gamepad Pro or any of the other Wii controllers; I know the game was built for the Gamepad, but options people, come on. Despite this like ZombiU the gamepad does take some getting used to, it's very big for a video game controller so you are going to have to adjust to it. 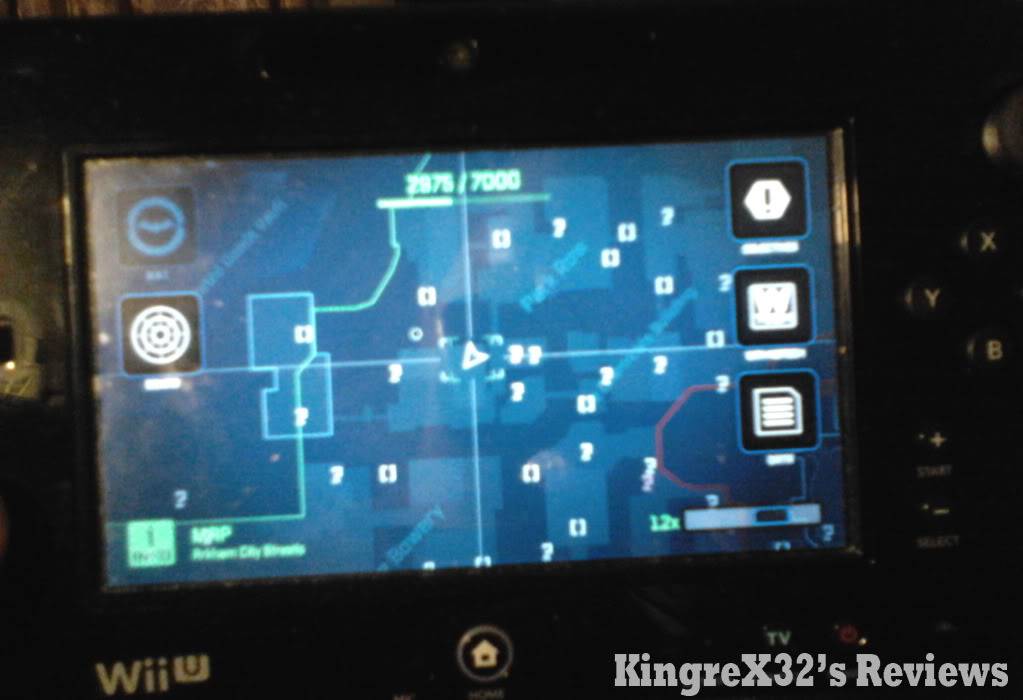 Armoured Edition isn't without problems though, the game has long load times, and framerate issues when the action ramps up. There are also disk read issues, if your game disk is not in mint condition. These problems aside Batman Arkham City is a great game and defiantly worth the buy, it's fun to play, there's hours of content to keep you coming back, the Voice Acting is Top Notch; Kevin Conroy and Mark Hamil do a masterful job in their respective characters. The games soundtrack was amazing, and the story mode was very good. 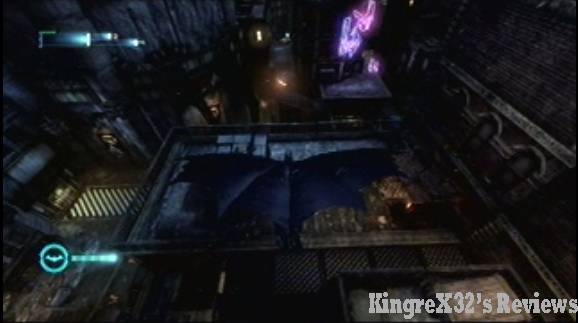 This is a great buy, and if you missed it on the other consoles, now is the perfect time to get it. Batman Arkham City Armoured Edition gets 9.8 out of 10. 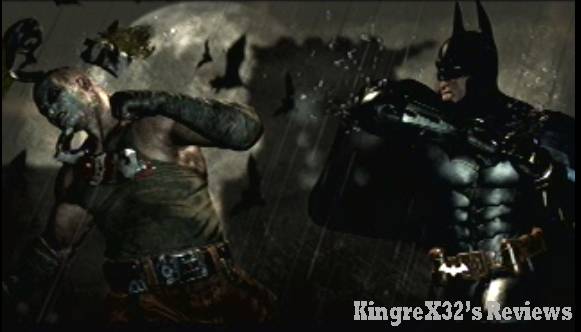 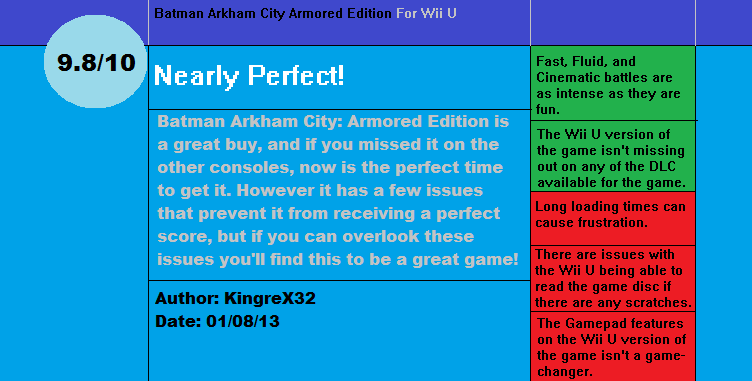 Re: Review: Batman Arkham City: Armored Edition (Wii U Retail)
January 8th 2013, 2:14 pmTowafan7
Most licensed games suck, but this one sounds like alot of fun!

Arkham City is definitely a unique title despite it being a licensed video game. Plenty of triple A quality in Arkham City and Asylum.

I will return feedback once I play through the game, Kingrex. I am busy completing other games at the moment with Arkham on the list of "to do". xD

While I don't plan on buying this game since I have the GOTY edition on the Xbox, I will say if you dont have an Xbox but you have a Wii U and are a Batman fan than you need to get this game.

Re: Review: Batman Arkham City: Armored Edition (Wii U Retail)
March 22nd 2013, 1:11 pmFM_Alchemist
I got this game today, but have not tried it yet.