The Nintendo WiiU has been out for more than a year now, and while sales are still very slow the console has at least built up a large library for all kinds of gamers. In this article I will be making a list of some of the current games for the WiiU gamer on your holiday shopping list. 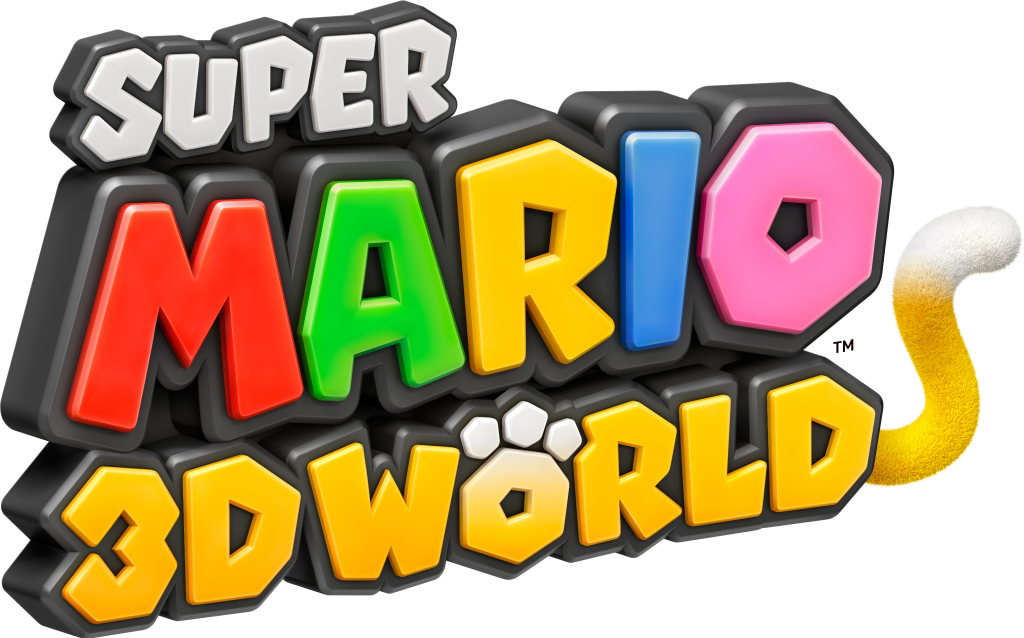 Released on November 22nd, Super Mario 3D World is yet another 2.5D platformer staring Nintendo’s mascot Mario. This will be the Third Mario platformer on WiiU since its launch last year. The reviews have been coming in and as expected they are all positive. 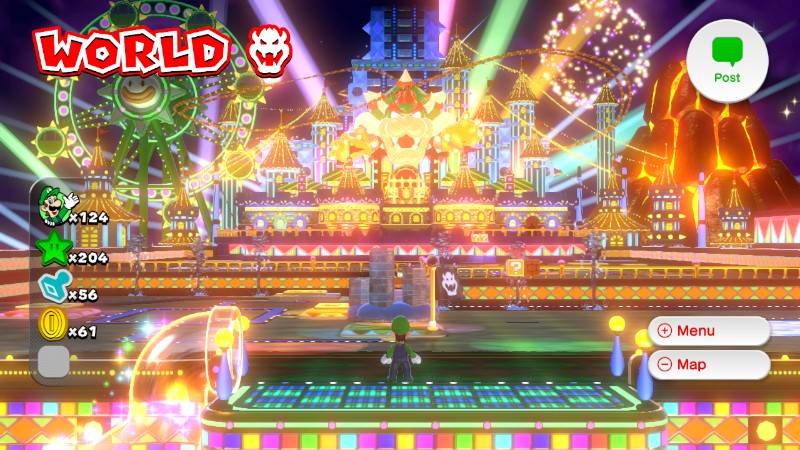 There are numerous new features and upgrades for gamers to utilize to finish the game. The biggest new addition is the Cat Suit which allows Mario to run faster and climb up walls. The games local multiplayer has also been revamped introducing peach as a playable character and Rosalina as an unlockable fifth. Its a Mario game so you know its going to be great and have hours of gameplay. 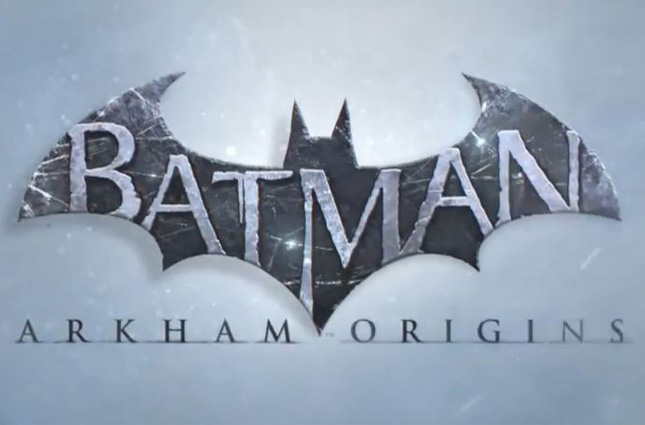 Just in time for the holidays Arkham Origins is the second game in the Arkham Series to hit the WiiU. Handing the reigns over to WB Montreal, the new dev team has done a good job with keeping the game familiar to previous games in the series. The game takes place on Christmas Eve; the villain Blackmask has placed a bounty on Batman’s head, drawing eight of the world’s greatest assassins to Gotham City. 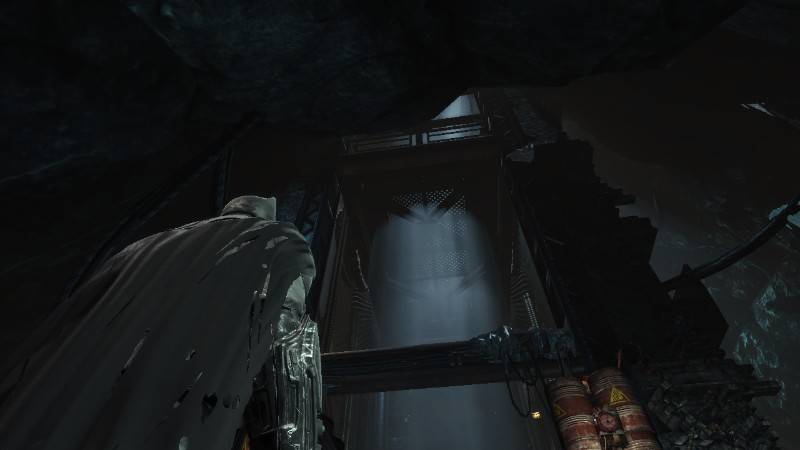 Unlike the 360/PS3 versions of the game the WiiU version lacks online multiplayer, but that isn’t a totally bad thing as it is ten dollars cheaper than the other guys. The game is a good length and once you’re don’t with it there are DLC packs for download to expand the game and add new characters. Its a great addition to any WiiU collection. 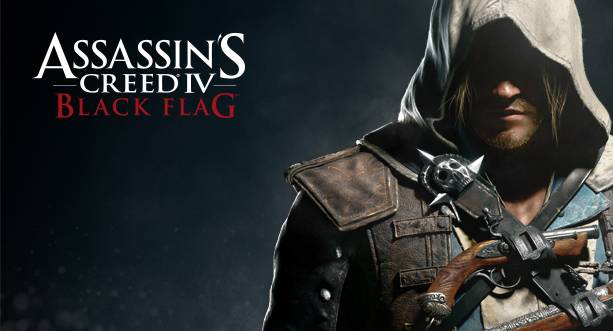 Assassins Creed 3 was a launch title for WiiU; it was a great game so I had high expectations for the fourth game. Taking place during the Golden Age of Piracy Assassins Creed 4 follows Edward Kenway, a Pirate/Assassin who is on a quest to find place called the observatory, all the while dealing with the Templars and the English who are expanding into the Caribbean. 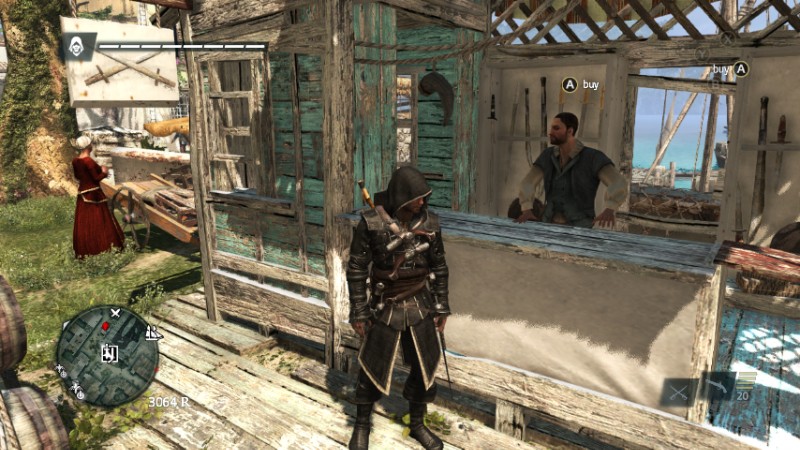 Assassins Creed 4 adds a bunch of new features to the series, but the biggest thing is expanding on the Ship segments from Assassins Creed 3. In Assassins Creed 4 you can now take your ship and explore the waters of the Caribbean, and there are a bunch of things to do on the high seas, looting ships, taking forts, exploring wrecks, finding treasure, hunting whales and alot more. The game is chalk full of a bunch of activities to keep gamers busy. Multiplayer returns, but apart from some minor new things (characters, costumes,) haven’t really changed much from AC3, which isn’t a bad thing. Although Ubisoft said the WiiU version wasn’t going to get the planned DLC this game is still worth the buy. 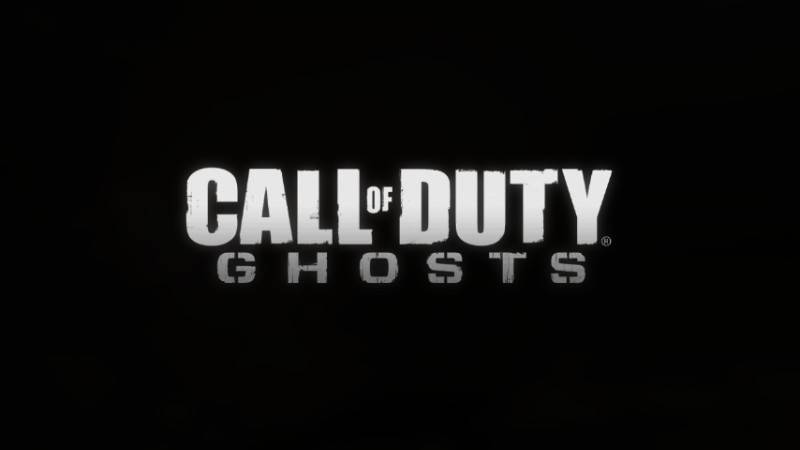 The Second Call of Duty game to hit the WiiU Call of Duty Ghosts takes place in a World were America is no longer a Superpower and is invaded by a Federation of South American Countries. It’s up to a group of Special Forces soldiers called The Ghosts to The Federations plans and take back their home. 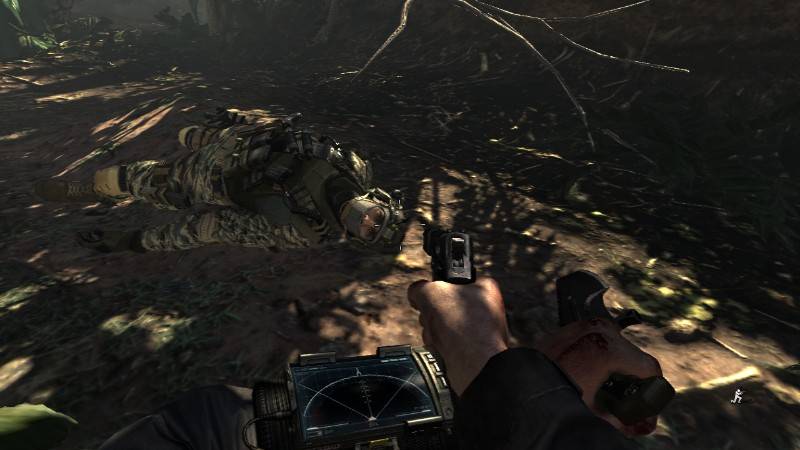 As can be expected from any new Call of Duty game multiplayer has been beefed up with new modes, weapons perks and features. A new mode found in Ghosts is Extinction, Like Zombies mode found in the Black Ops Series and Special Ops mode in Modern Warfare 3 extinction has the player facing aliens in a defend the base type of gameplay. 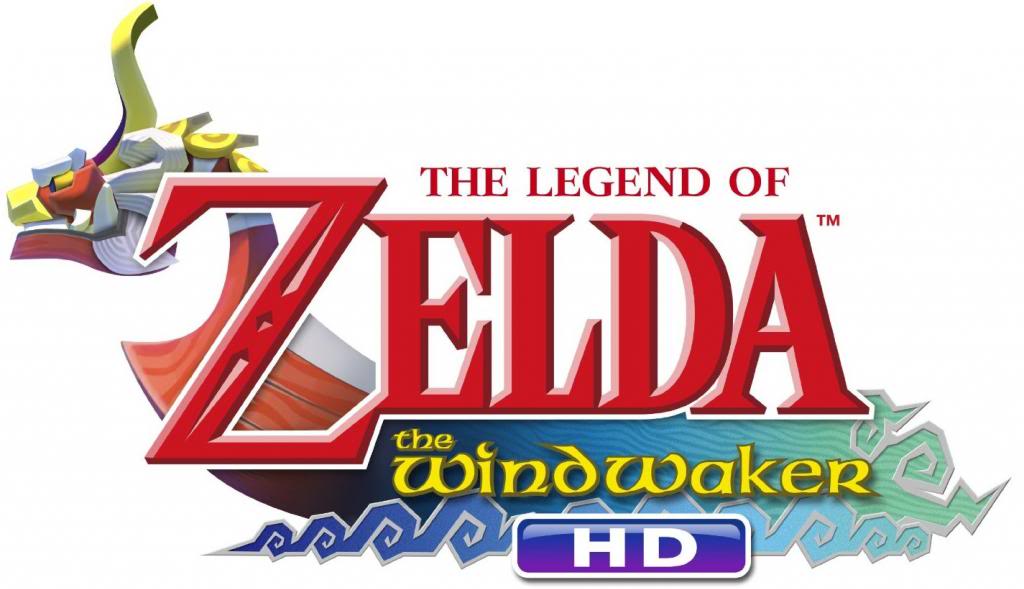 Although it originally came out for the GameCube in 2003 Wind Waker HD has found new life on the WiiU console. The Story follows Link (or toon link) as he travels across the Great Sea on a quest to defeat the evil Ganon. 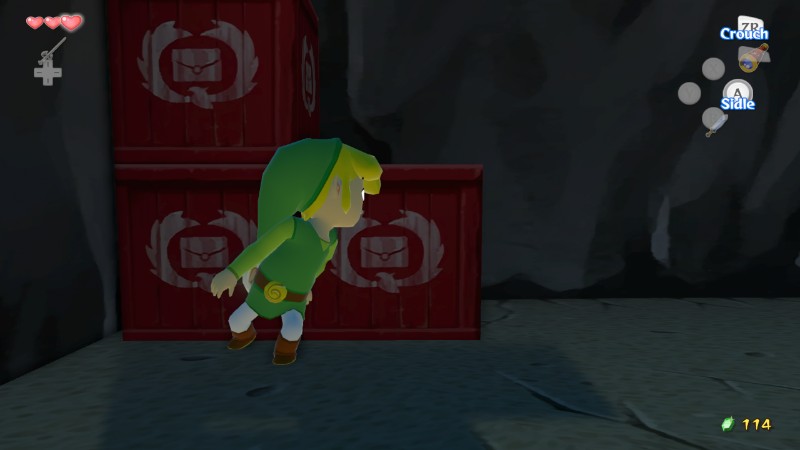 While is game is essentially the game as it 2003 counterpart, various new features, gameplay tweaks, and graphical updates help to keep the game looking, feeling and playing fresh. Revised difficulty, Off TV play, Miiverse integration, etc. This is definitely worth the buy. 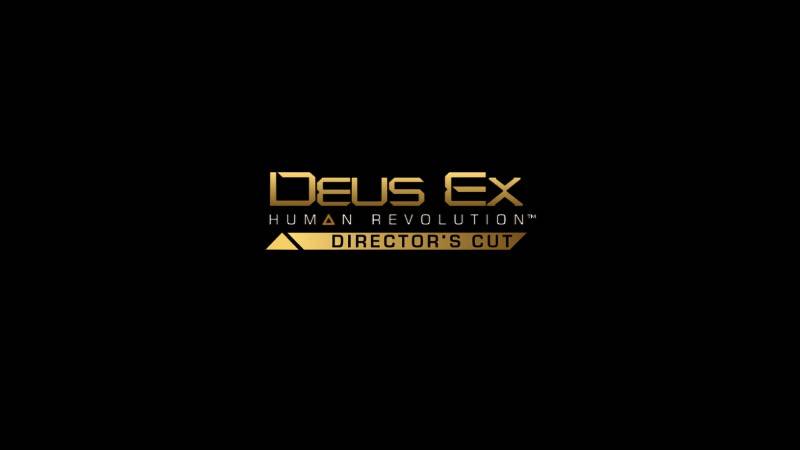 Originally released for the Xbox 360 and PS3 back in 2011 Deus Ex: Human Revolution was released for WiiU on October 22nd, taking place in 2027 the game shows a world were giant corporations have surpassed Government control, and human advancement through artificial body parts is common place. The game follows a security guard who has been drawn into a conflict involving a terrorist group and Human enhancement movement.

Even if you already have the game on the other consoles, the WiiU version is worth the buy, adding in new features, improved boss fights, and extra functionality with the WiiU Gamepad. The developers have called this the ``Ultimate`` version of the game. 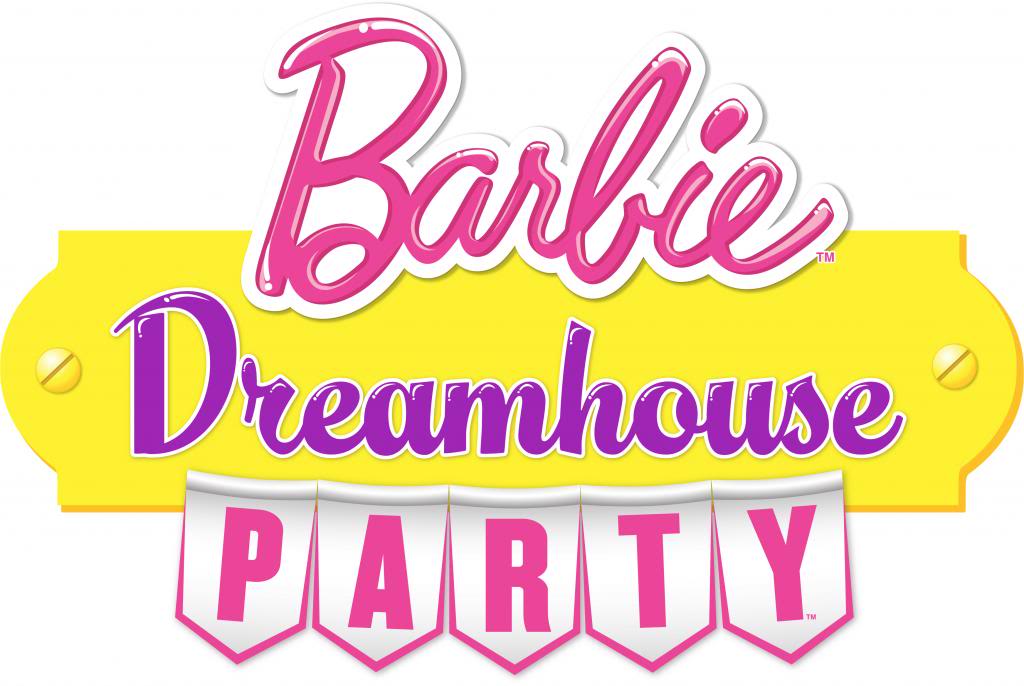 Look im not going to lie, I don't know much about this Barbie game, and I can't make an  assumption about what it plays like because I have no experience playing Barbie games, but I did say this list was going to include games for all gamers, children included. 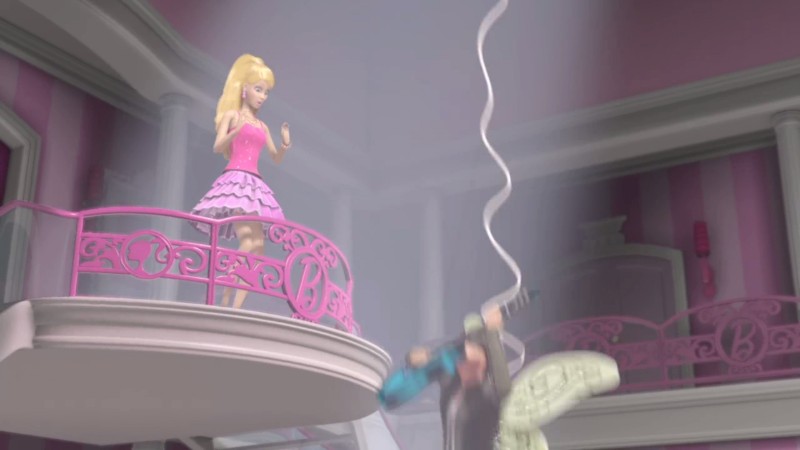 In the game you play as Barbie as she invites over three of her friends to her house for a party. For the little girl on your list, (if she is into Barbie) look no further than Barbie’s Dream house Party.

Like Barbie’s Dream house Party Hot Wheels Worlds best driver is yet another game that just appeared out of nowhere and similarly is hard to find information on. Being a Hot Wheels game though it can be assumed that you are racing to be The World’s best Driver. 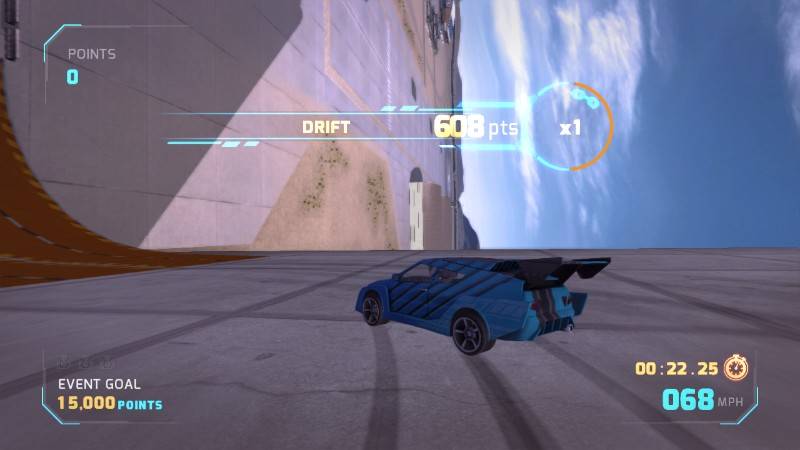 As I said the WiiU has a great library of games to choose from and if you have little kids you will be buying gifts for this holiday season take a look at these two titles.

Cashing in on Activision’s Skylanders popularity comes Disney Infinity. Like Skylanders the game used collectible figures to scan into the game which allows them in interact. The big difference is well the Disney Characters. 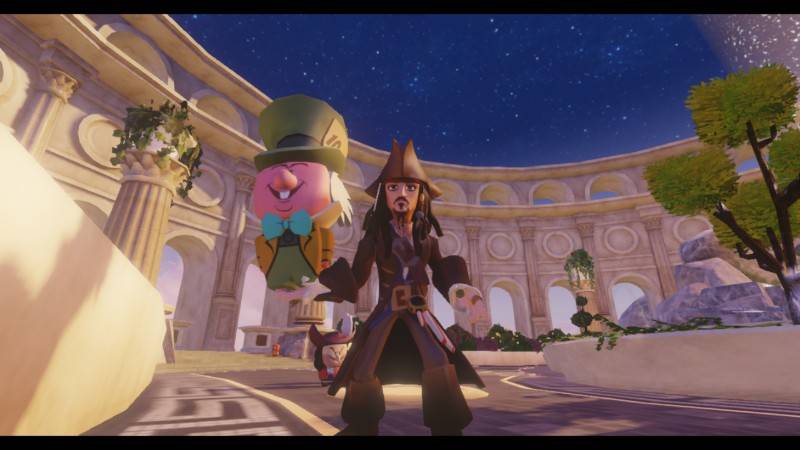 There are multiple packs out right now featuring characters from The Incredibles, Monsters Inc, Cars, and Pirates of the Caribbean. The game allows you to build and create levels and games as well as including many premade ones for the kids to enjoy. This title is multiplatform so you can purchase it on both Wii and WiiU, its also available for 3DS.

When it was released earlier this year, Lego City got amazing reviews by critics; now developer TT Games is attempting to hit another home run with Lego Marvel Super Heroes. The game takes place in a Lego Version of New York City, Galactus is coming and it’s up to Nick Fury of S.H.I.E.LD. to put together a group of heroes to stop the coming invasion. 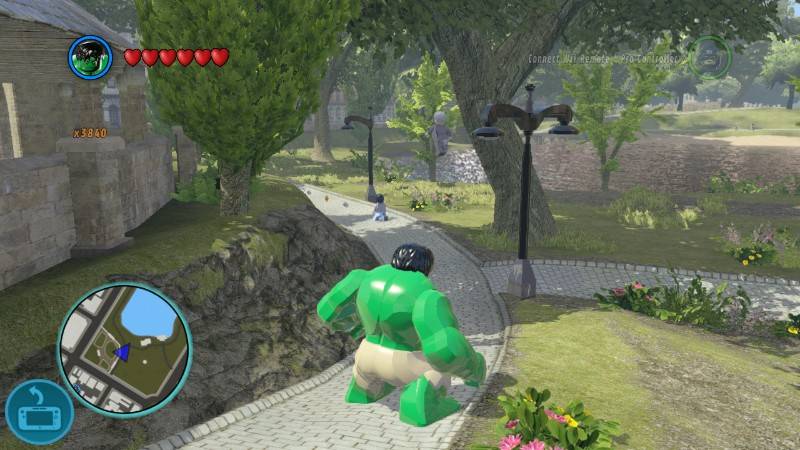 Unlike the last game this one isn’t published by Nintendo but by Warner Bros Interactive, hopefully this change won’t affect much. Gamers can look forward to the same brand of quirky and silly humor found in all Lego videogame titles.

WiiFit was a massive success for Nintendo, and gaming in general; it helped turn video game consoles into more than just a coach potato factory popularizing a new trend with fitness videogames. 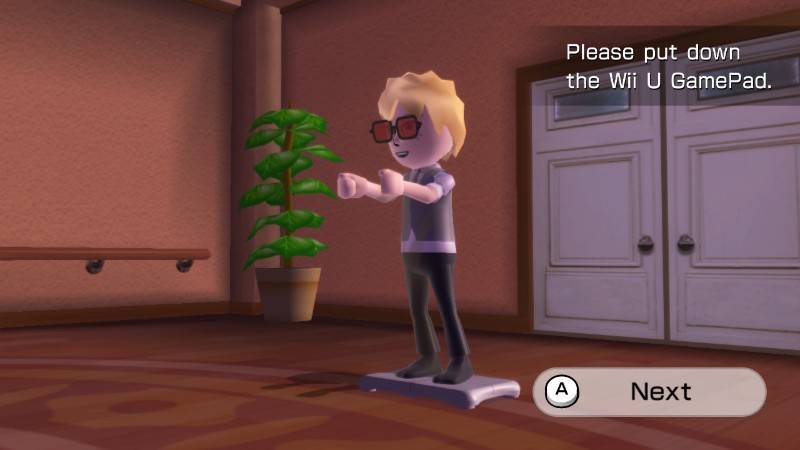 The best thing about WiiFitU is that from November 1st to January 31st 2014 the game is free to download for WiiU users, once downloaded the copy of the game is yours for 30 days. If you purchase a WiiFit meter before the expiration date you get to keep the game at no extra cost. In order to download the game you must have a Wii Balance Board synced to your console.


But it’s not just all about games WiiU comes built in with many Great Apps for the Movie buff on your list Hulu Plus, Amazon Video, and Netflix are available, Google also released a WiiU version of their popular Google Maps App with Street View allowing you to explore the globe from your living room. Make sure to buy a Nintendo points card, some downloads are not free.

There it is folks, if you are planning on buying a WiiU or know someone who owns one and you want to get them something, look no further than these titles. The WiiU has built up a great library of Digital and retail since its launch so hopefully this holiday season great things will come. This is KingreX32 thanks for reading and Happy Gaming.

Re: WiiU Holiday Gift Guide
December 2nd 2013, 11:44 pmTheRealSquigley
Great article, KingreX32! I was wondering if you'll be doing an add-on to this article describing the various Wii U holiday bundles for those (myself included) who don't yet own a Wii U.

Re: WiiU Holiday Gift Guide
December 3rd 2013, 1:12 pmTsubasa
These are all awesome games, but where is Monster Hunter 3 Ultimate?

Re: WiiU Holiday Gift Guide
December 3rd 2013, 7:49 pmKingreX32
This list was made to include recent titles for the holiday season. MH3U came out in March

Re: WiiU Holiday Gift Guide
December 4th 2013, 1:04 amTheRealSquigley
I may be receiving either a Wii U or a [CONSOLE NAME REMOVED] for Christmas this year. I usually prefer to give gifts than receive them, however.

Re: WiiU Holiday Gift Guide
December 4th 2013, 12:40 pmClαππαd
I already have Zelda WWHD and Super Mario 3D World so not much left for me to buy for why Wii U this Christmas.

Nobody did. I censored the name of the system in question because this is a Nintendo site.

Re: WiiU Holiday Gift Guide
December 5th 2013, 2:15 pmFM_Alchemist
Nice gift guide, but when is that error about Daisy in SM3DW going to be fixed?

Re: WiiU Holiday Gift Guide
December 5th 2013, 2:45 pmTsukoko
I have all of the games in this gift guide!