Natsume Inc "the masterminds responsible for Harvest Moon, Reel Fishing, etc." announced today the official opening of its Tokyo office, which will further expand the development of games for home and handheld game consoles, smartphones, and tablets worldwide!

The new Tokyo office will be run by the newly appointed producer Yasutaka “Taka” Maekawa who will be responsible for the development of all games and the overall management of the newly opened Tokyo office.

Taka is very experienced as he worked at Taito in Japan where he oversaw several games for both smartphones and tablets.

This is what Natsume Inc had to say in their press release!

“We are absolutely thrilled to have Taka as part of the team and we know he will produce some truly entertaining games!” 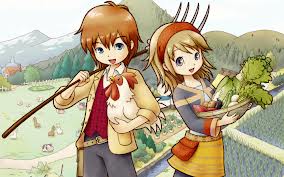 “I am pleased to have an opportunity to work at Natsume Inc., and feel I have come full circle growing up playing Harvest Moon, Reel Fishing, and Pocky & Rocky and now developing the same kind of family-friendly, non-violent games I enjoyed as a child,” said Taka, Natsume Inc. Producer. “This is an exciting time for Natsume Inc. and I’m thrilled to be a part of it.”

“Taka’s natural abilities being both bilingual and bicultural, raised in both the US and Japan, together with his gaming experience makes him the perfect fit to expand the company globally.”

Will this move help to improve productivity at Natsume Inc? Let us know your thoughts in our comments below!

Re: Natsume Opens New Office In Tokyo Japan!
on June 5th 2013, 5:24 pmGuest
It's nice to see that a former childhood fan of Harvest Moon is now one of the top decision makers of the company!