Natsume's Hometown Story For The 3DS Will Be Playable At E3!

Natsume's Hometown Story For The 3DS Will Be Playable At E3!

Virtual Home For Everyone! 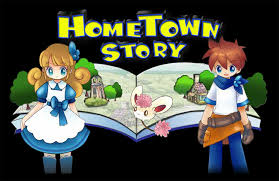 Natsume's new IP Hometown Story for the Nintendo 3DS will be available a play booths at E3 according to Hiro Maekawa, President and CEO of Natsume. Hiro Maekawa had this to say during a press release:

"We're very pleased to have a playable version of our new IP, Hometown Story, at this year's E3

We've been able tosee the exciting development process of this game during the past year, and are now extremely happy with the chance to share the game with everyone!

Developed by Yasuhiro Wada, "the Father of Harvest Moon,"and his studio TOYBOX in Tokyo, Japan, Hometown Story takes players to a new fantastic world filled with color and hope. With music composed by Nobuo Uematsu, famous for his beautiful compositions for the "Final Fantasy series," and character designs by Atsuko Nishida, the designer behind Pikachu and numerous other Pokémon, Hometown Story has a powerhouse team with massive creativity between them that creates a unique setting that players will be able to experience for the first time during next month’s show.

The recent passing of your grandmother and the shop you inherited has brought you back to your hometown. However, the shop has become run down, and no one wants to even window shop there anymore. Can you turn the shop around and even expand it, or is it destined to stay in the red forever?

You won't have to go it alone, though. You'll get help from a magical sprite name Pochica, who will help you get the store back up and running, and introduce you to all of the unique characters who reside in the town.

The villagers will all change and grow throughout the game, and that person who you thought might be up to no good when you first met them just might have a heart of gold! You'll never know what to expect in Hometown Story!"

Re: Natsume's Hometown Story For The 3DS Will Be Playable At E3!
on May 31st 2013, 4:23 pmGuest
I'm looking forward to this beautiful looking game!