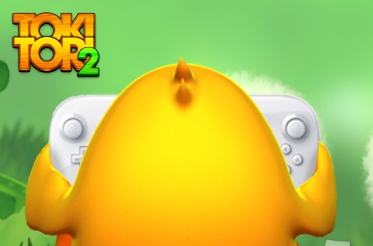 Toki Tori 2 was one of the very first games announced for the Wii U eShop long before we even knew how the service would look. The original launch day release was pushed back to December, but was then pushed back to an even later date due to a late decision that the game wasn't ready.

However now the game has a solid release date of April 4th so unless the game fails Nintendo's quality inspection, the game shouldn't be delayed any further! Will you be downloading this platformer when it releases?
____________________________

Re: Two Tribes Announces The Release Date Of Toki Tori 2...Will Hatch On April 4th!
on March 21st 2013, 12:56 pmNINTENBRO
This game is turning out to look very promising. The Toki Tori formula evolved...

Speaking of evolution, which came first, the chicken or the egg?

Re: Two Tribes Announces The Release Date Of Toki Tori 2...Will Hatch On April 4th!
on March 26th 2013, 12:46 pmRena Ryuugu Fanboy
This is going to be an epic eshop download.