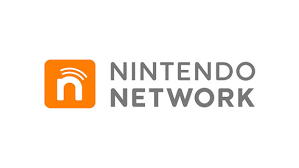 
While the announcement from Nintendo that majority of their published 3DS games downloadable was a complete unexpected, what's really surprising is that this was vaguely foretold. There was a possible hint of digital retail downloads throughout the last few months on the Nintento eShop. The third version of the Nintendo 3DS system update was release on December of last year, and ever since then there has been a disclaimer, in serious red font color, underneath in every retail info from the retail section on the Nintendo eShop. Before the announcement of Nintendo’s plans to bring digital retail as an optional choice, I assumed that the disclaimer was clarifying that they’re retail games, to not be confusing them as downloadable games. Once August kicks in along with New Super Mario Bros 2 launch, the disclaimer will transform into an entirely different meaning; heading to the Nintendo eShop and discovering Available Now in Nintendo eShop underneath the latest 3DS Mario title, sliding through the rest of the selectable retail pamphlets to find out if the rest are still label as Unavailable.

However that theory quickly went away when thinking about the Nintendo 3DS itself. The 3DS technical weakness, its battery life, is where disbelieving of downloading digital retails titles onto my 3DS strongly avoids as a preferable method. While I don’t doubt that the Wii U is highly capable of the substantial deliberate process with the sincere advice from Satoru Iwata of downloading overnight, however, taking that same advice involving the 3DS sounds uncomfortable for the hardware and especially the charging cradle. Who knows, maybe I’m underestimate the system and acting as a worry 3DS owner.

Besides, I recently invested my Club Nintendo coins on a Nintendo 3DS Game Card Case. I don't want to start having my future retail games be digital while my 3DS Game Case is not even half full yet.


I really don't see the point in a digital only future besides destroying the second hand video game retailers, which wouldn't really help Nintendo earn more money since second hand gamers won't pay retail price for games. The thing that worries me is the price, as Nintendo has shown that they refuse to have sales or discounts on their download services and the price maybe too expensive for those whom can't afford retail games at retail price.

The other issue as SkywardL already mentioned is the terrible 3DS battery life and the possibility of damaging the 3DS while trying to download a retail game overnight whilst the 3DS sits in its charging dock.


I sure like digital distribution, but the price need to be lower before I even consider it. I don't mind paying something more for a game in a box with a cool cover and a paper manual. But if the price is right, why not?

Re: Staff Viewpoint: 3DS Digital Retail, why we didn’t see this coming
June 12th 2012, 10:20 amMarth
I'm confused about when you guys mention the battery life as a problem that would affect downloading games. I'm not sure how this would impact the games.

Unless your download speed is ridiculously slow, most 3DS retail games are small enough that you should be able to download one on a full charge without the risk of your battery running out.

As a PSP owner downloading retail games for quite some time, this has never been a problem for me even though many of the file sizes are comparable to or surpass popular 3DS games. If the game is just downloading in the background while your 3DS is shut, there won't be a problem with internet communications "breaking" the download. It's also no more strenuous on the system than playing Mario Kart 7 online for a good hour or two.

It should be pretty easy to download a 3-4GB game (which is currently the largest game on the system) in about an hour or less. If your internet speed is a bit slow, then I guess it would be logical to buy retail games only or relax at a Wi-Fi hotspot like Starbucks. I just don't see this as a problem, personally.

Perhaps Nintendo will release a basic program similar to Media Go, which allows you to download PSP games onto your computer and transfer them over. I know that seems weird, but they are making Miiverse accessible on PCs and mobile phones, so who knows?

Re: Staff Viewpoint: 3DS Digital Retail, why we didn’t see this coming
June 12th 2012, 12:38 pmMarioman18
I'm not sure what to think about digital retail distribution?

Re: Staff Viewpoint: 3DS Digital Retail, why we didn’t see this coming
June 14th 2012, 11:35 amTowafan7
@Yoshi Nintendo expects the retail downloads will take 6+ hours to download in most cases, so the 3DS will have to be left on its charging dock while the power is left on during the download process, which could potentially damage either their charging dock or the 3DS itself.

The risk isn't great, but it's still worth mentioning to people who take the utmost care when handling their systems, so their investment lasts as long as possible.

Re: Staff Viewpoint: 3DS Digital Retail, why we didn’t see this coming
June 27th 2012, 1:42 pmKokorOtaku
I'm going digital unless DS and 3DS games are backwards compatible from now until 7 gens from now which wouldn't happen, but with the DL copy it will just transfer over most likly
Permissions in this forum:
You cannot reply to topics in this forum