You already know what this is people.

I checked on NLife, and I guess there's only two.

I would definitely download the latter, if you only have enough credit in your eShop account for one of these.

There are some on 3DS as DSiWare like Zenonia. They´re in a separate category.

Okay then thanks Sneaker

When my 3DS arrives either tomorrow or on the 12th of June, is Donkey Kong (Gameboy VC) definitely worth 100 of my Club Nintendo coins?

WiiAboutU wrote:When my 3DS arrives either tomorrow or on the 12th of June, is Donkey Kong (Gameboy VC) definitely worth 100 of my Club Nintendo coins?

Read my review and find out

Well, I just downloaded, "Sakura Samurai," and so far so good. It's not the best game, but I'd say it's worth $6.99 USD + tax. So far, Nintendo still hasn't let me down. I might actually decide to write up a review for this one, after I've finished my first playthrough.

I also spent 100 Club Nintendo coins for Donkey Kong (Gameboy VC), but I haven't really tried to play it yet. I only checked it out really quickly. So far, it's been pretty fun just dying.

Nevermind guys, I just decided to download Metroid II. I had the game when I was younger and played it lot, but I wasn't too sure about coming back to it again. I was never actually able to finish the game when I was younger, because I was constantly confused as to where I was supposed to go and where I was going. I also actually had SML2 when I was younger. I don't believe I finished that game either. I just couldn't decide at first between the two of them. I still enjoy playing Metroid II, but I'm not sure I still have the patience to try and find my way through the Map. I'll give the game a few more tries. If I'm not discovering somewhere new for too long, I'll just print out a map from the GameFAQs. I just don't want to loose interest in the game before I ever finish it.
____________________________
Follow me on MiiVerse: NINTENBRO82

@Kushina do you already have it on the wii? If not then yes, it's a little hard but restore points make it easier (I assume, haven't used them yet) I only have it on my 3DS because it was free for me (ambassador 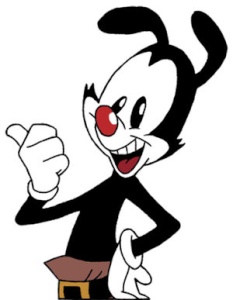 Double Dragon is good especially if you liked the NES version. The GB version plays the same but the levels are laid out a bit different.

Mega Man is a mixed bag. Alot of people liked it cause of its high difficulty but I found it annoying. I love the NES Mega Man games and in fact I go back an play them every now again but the GB version well lets just say I am sorry I bought this game.

The other games on your list I have never played so I cant give an opinion on them. Sorry.

@Nintenbro wrote:I'm down to choosing one of three games again, and I could use some help deciding. It's now between either downloading Mega Man: Dr. Wily's Revenge, Fortified Zone or Adventure Island. I'm currently leaning more towards Adventure Island, but I'm still not completely sure yet.

I dont know about Fortified Zone, but Mega Man: Dr. Wily's Revenge and Adventure Island are both very good choices. I'd say get both but if you're choosing between the two pick the one more suited to your tastes. Mega Man is the harder game, but Adventure Island has more levels overall and a longer game. Mega Man lets you choose your stages whereas Adventure Island doesnt let you play old stages once you've completed them. Both have nice bosses and awesome platforming.

I do love Mega Man games with a passion, but I've yet to download an Adventure Island game on the Wii or 3DS VC. I guess I'll choose to download Adventure Island first, but I might as well wait until thursday now. Thanks for the info DarkGeon. It's much appreciated my friend.