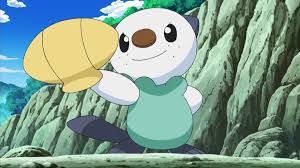 Welcome to my newly introduce feature know as Personal Gaming. This is where I experiment alternate/obscure gaming methods and writing down my experiences. I’m not here to convince you with a preferable way to play a specific game nor revealing my true method of play videogames that I own, this is just pure entertainment (hopefully or otherwise this feature will be a disaster).

My first project, Completing Pokemon Black with just my Starter Pokemon, will be a two-parter and I’ll discuss my experience with the gym leaders and, if possible, the elite four in depth. I’ll be choosing Oshawoot (starting out with 22 HP, lucky) for this project because of Spring Break. I must also mention that I’m a Pokemon fan, however, I play the main series casually and I’m taking this challenge because this is the only hardcore experience I'm willingly try to achieve in. I never had interested in “catching ‘em all” nor interested in extracurricular activities within every cartridge. Am also not a big fan on trading, my assumption for that reasoning is because of the season 1 anime episode where I fondly remembered that Ash got flim-flammed to trade his Butterfree for a Ratticate.
I know that this method as been done from other fans before, so I’m taking this challenge to the next level. Oshawoot will be the only Pokemon accompany me to the gym battle. Which means that my heavily train Pokemon won’t be switching out and that my Pokemon will be expose to any battling conditions throughout. I hope you enjoy it. 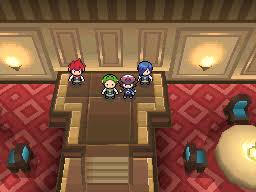 In Striaton City, my first gym leader battle will be with Cilan, who I involuntarily challenge with because he has Pansage (Lv. 14) and that my Oshawoot (also Lv. 14) is weak against Grass -types. Cilan sent out Lillipup (Lv. 12) as his first Pokemon. I commanded Oshawoot to use Focus Energy; my strategy throughout this project is to get high percentage of attacking with critical hits as possible, after Lillipup uses Work Up, which increases Attack and Sp. Atk stats. Oshawoot use Water Gun and defeating Lillipup after attacking Oshawoot with Bite. Pansage is Cilan’s last Pokemon. The opponent is up first with Work Up and Oshawoot use Tail Whip, decreasing Pansage’s defense. Pansage then uses Vine Whip, which unfortunately defeats Oshawoot.

Oshawoot gets a rematch with Cilan now with a level increase. Same battling occurrences with Lillipup except thankfully Oshawoot didn’t receive a hit this time. Pansage is now in the battlefield. The first turn with Pansage is identical to the previous round. Oshawoot survive the first Vine Whip and then Oshawoot use Tackle. Oshawoot survive the second Vain Whip and Oshawoot ends the battle with a victorious Tackle with an unnecessary critical hit. 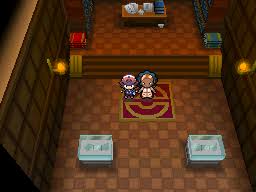 In Nacrene City now using Dewott (Lv. 23), my second gym leader battle is with Lenora, specializes in Normal-type Pokémon. Lenora sent out Herdier (Lv. 18) as her first Pokemon and immediately lower Dewott’s attack all thanks to Herdier’s Intimidate ability. In the first turn, using Focus Energy and then Herdier uses Take Down. Taking a risky repetitious tactic by having Dewott use Fury Cutter throughtout the battle staring in the second turn with very little demage, as expected, while getting lower defense from Leer. In the third turn, the second use of Fury Cutter adds a critical hit which Herdier is still standing and uses Leer again. In the four turn, Lenora uses Super Potion, the Fury Cutter backfires, and things aren’t looking to good from here. In the fifth turn, Dewott this time use Razor Shell and Herdier uses take down which almost defeated Dewott and quickly eats the Oran Berry. In the sixth turn, I heal Dewott with Fresh Water, not completely healed, and Herdier uses Bite, setting HP in half the amount. In the seventh turn, Dewott uses Razor Shell and that’s the end for Herdier. Lenora sent out her last Pokemon, Watchog (Lv. 20), and immediately defeated Dewott with the Retaliate, a powerful attack when use right after the party member has been fainted.

Dewott gets a rematch with Lenora now with a level increase. The first turn with Herdier, Dewott use Focus Energy and Herdier uses Leer this time. In the second turn, using the straightforward battle method and attacking head-on with Razor Shell and and finishing Herdier with a critical hit while Watchog shows up and foolishly uses Leer. Unfortunately, lightning didn’t strike twice when using Razor Shell but a different and equally useful lightning arrives that lowers Watchog’s defense. In the second turn, Watchog uses the less effective version of Retaliate and survives with another blow of Razor Shell. Watchog uses Leer again however all that excitement ends when Razor Shell didn’t end up defeating Watchog, just barely. In an exhausting next turn, Lenora uses Super Potion on Watchog and then critical hit no longer my friend, as it didn’t appear again. Which leads us to the final turn, Dewott survive from Watchog’s Retaliate and victory ensued. 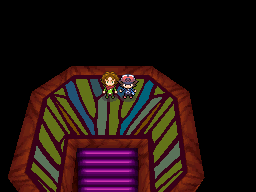 In Castelia City with Dewott still being Dewott (Lv. 28), my third gym leader battle is with Burgh, specializes in Bug-type Pokémon. Burgh sent out Whirlipede (Lv. 21) as his first Pokemon. In the first turn, traditionally using Focus Energy and then Whirlipede uses Poison Tail with no secondary effect. In the second turn, Dewott use Water Pulse and then Whirlipede uses Screech, which harshly decrease Defense on Dewott and finishing Whirlipede with Water Pulse on the next turn. Leavanny (Lv. 23) is up next. In the first turn, Dewott use Revenge, however, Leavanny uses Protect. In the second round, Leavanny went first and defeated Dewott with Razor Leaf, its super effective and a physical attack, double whammy.

Dewott (Lv. 32) gets a rematch with Burge with more confidence after battling all the residents at the Battle Company and receive a very useful held item, Scope Lens, with the addition from Focus Energy adds more percentage of delivering critical hits. The first turn with Whirlipede is similar from before except that Whirlipede uses Screech this time and luckily Dewott avoided it. In the second turn, Dewott use Water Pulse and then Whirlipede uses Poison Tail, again with no secondary effect. In the third round, finishing Whirlipede with Water Pulse and still lacking on critical hits. Leavanny is up next. In the first round, Leavanny uses String Shot and Dewott use Revenge with little damage and not very effective. In the second turn, Leavanny uses Razor Leave plus a more aggressive critical hit with Dewott almost done for and then gets a turnaround with Water Pulse plus with a same aggressive critical hit. Burge and I both use Hyper Potion. Then Leavanny uses Razor Leave without a critical hit and Dewott use Water Pulse with a critical hit. Same moves in the next turn resulting in defeating Leavanny. Burgh sent out Dwebble (Lv. 21)as his final Pokemon. I Healed Dewott with Super Potion just to make sure, while Dwebble uses Smack Down, no need to worry. Finally, Dewott ends the gym battle withWater Pulse. 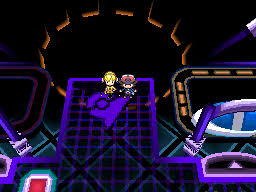 In Nimbasa City now with my new friend Samurott (Lv. 37), my fourth gym leader battle is with Elesa, specializes in Electric-type Pokémon. I guess I should be worrying but I’m not. Elesa sent out her Enolga (Lv. 25) as her first pokemon. In the first turn, Samurott use Focus Energy and Enolga uses Volt Switch, taking out ¼ of Samurott’s HP and Enolga automatically returns to its pokeball and Elesa sents out another Enolga (Lv. 25) with a different gender. The female Enolga has the same speed as Samurott but the coin toss favors her and attacks with a stronger Volt Switch and the male Enolga returns unluckily to the field because of immediate faintness with Water Pulse plus critical hit. First move this time with Water Pulse almost defeated the female Enolga and she uses Pursuit with just little annoyance. Elesa and I both use Hyper Potion. Samurott went first again and finishing her off with Water Pulse plus a critical hit. Elesa sent out Zebstrika as her final pokemon. In the first turn, Zebstrika uses Volt Switch, can obtain another hit unless it doesn’t contain a critical hit, and Samurott use Slash, which is the trifecta of critical hit ratio, but no critical hit. In the final turn, Zebstrika uses Volt Switch again with no critical hit and Samurott use Slash with the winning trifecta this time.

Write in the comment section below and tell me what you think about this feature and whether this type of gaming obsession is entertaining enough for me to continue. Will relying on critical hits be enough to complete the main journey? Please post your welcoming thoughts

Re: Personal Gaming: Completing Pokemon Black with just my Starter Pokemon part 1
April 8th 2012, 4:42 pmMarth
Another very good read, SkywardL. I hope you continue with this sort of stuff since I like hearing about these sorts of personal experiences.

Also, I find it cool that many Pokemon players go against the standard easy difficulty of the story mode and decide to do more interesting quests like this. N runs and Nuzlocke runs are pretty thrilling too. 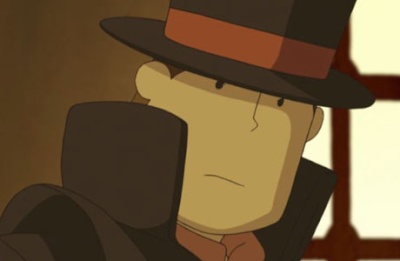 Re: Personal Gaming: Completing Pokemon Black with just my Starter Pokemon part 1
April 9th 2012, 2:02 pmClaytonLuigi
I did this with Tepig

The only thing is, while doing this are you EV training your Oshawot or just battling random Pokèmon? This can greatly affect the gameplay. I did not EV train my Tepig, btw.

@ClaytonLuigi wrote:I did this with Tepig

The only thing is, while doing this are you EV training your Oshawot or just battling random Pokèmon? This can greatly affect the gameplay. I did not EV train my Tepig, btw.

I never heard of "EV training" before. So far, I'm only progressively leveling up my solo Pokemon, battling with other trainers. On the second part I'll mention that I'm not using the EV training method. Thanks

Re: Personal Gaming: Completing Pokemon Black with just my Starter Pokemon part 1
April 10th 2012, 10:07 amClaytonLuigi
Google EV training. It helps to maximize their potential, increasing 2 stats (what I do). Just google how to EV train pokèmon. This also explains why certain pokèmon of the same type (ex: two Tepigs) can have different attack, defense, etc. Its pretty useful information to have, espically for Multiplayer Battles!

Re: Personal Gaming: Completing Pokemon Black with just my Starter Pokemon part 1
April 11th 2012, 7:37 pmJnes5
Thank you for contributing for the WiiWareWave features page with a new idea from you !

While I have no interests in the pokemon games, I still want to say thank you for submitting an idea for this page ! I don't know if this is going to be a spinoff of "A Videogame Discussion" or a completely new feature, so if you want me to create a new feature for this article, let me know !
Permissions in this forum:
You cannot reply to topics in this forum