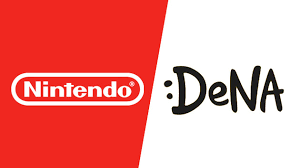 Nintendo has been working with DENA to create a new loyalty program since the closure of Club Nintendo earlier this year and alot of recent things are pointing to next week as being the time that this will be implemented! First of all Satoru Iwata mentioned during this year's investor's meeting that the new loyalty program would be out this year, also a few insiders and Youtubers have said that there will be a huge announcement by mid-October, which we're currently in. Third All online services on Nintendo's current and last-gen consoles and handhelds will be offline for several hours on Monday during maintenance!

A few developer's we talked to also agree that in all likelihood we'll be seeing a huge system update with the new loyalty program this week!

So what will the program be like? Well Satoru Iwata said at the same investor's meeting that we mentioned earlier in this article that users social actions, gameplay history and milestones, among other things will earn you loyalty points based on his desires for the new loyalty program, so we could even see a new achievement system of sorts out of this new program!

Of course none of this proves that this'll happen this week or that everything Iwata-san wanted for the loyalty program will be implemented, but we could indeed see an amazing new feature very soon!

Re: Rumormill: Club Nintendo Replacement To Go Live Next Week?!
+
October 17th 2015, 9:33 pmOrionJZed
Wow, this would be awesome if true!

Re: Rumormill: Club Nintendo Replacement To Go Live Next Week?!
+
October 18th 2015, 7:16 amKokorOtaku
I hope so, because we're due. But all these rumors and hacks are making some people hope it DOESNT happen? Just to prove the rumors false... Why? Anyway I could see a direct on Wednesday called "Nintendos Back to the Furture" showing them stepping up into the 21st century also releasing Wild Gun Man on VC to

it would be perfect timing

Ichigofan wrote:gameplay history and milestones, among other things will earn you loyalty points

passioNATE wrote:I hope so, because we're due. But all these rumors and hacks are making some people hope it DOESNT happen? Just to prove the rumors false... Why?

You've got to be kidding me...